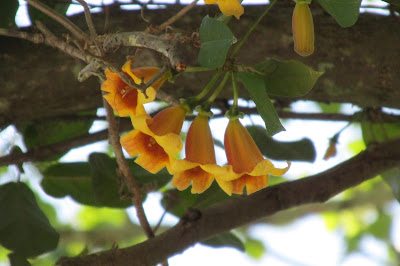 Gingerbread!  I made some gingerbread this weekend.
It was quite good. Would you like the recipe?  No? Well, too bad, I am going to give it to you anyway!  (I crack myself up.)


There you go! Easy! (I love easy.) I bake gluten free for my husband. So for the flour, I used rice flour and corn starch mixed together to make up the 1 and 2/3 cups.  Also, I used the xanthan gum but you can leave that out if you like and certainly do leave it out if you are not baking gluten free!

Let's see...I mixed the flour, sugar, ginger and pinch of salt together. Then, I mixed in that bit of xanthan gum.  In another bowl, I mixed the egg, melted butter together and then, mixed in the milk.   Pour the wet into the dry and mix well. Pour into greased brownie pan. (It said to use an 8 inch square pan, but my oblong brownie pan was just right.) Bake at 350 degrees for 30-35 minutes. Cool in pan for 10 minutes.


There!  Please note that there is not one bit of CINNAMON in this! Try to keep that hand away from that strong cinnamon if you can and just try it with the ginger.  It is called GINGER-bread, after all!
(Just looked it up, it is believed that the Armenian monk Gregory of Nicopolis first brought gingerbread to France in the year 992 where he taught the French Christians to make gingerbread. From there, it spread all over Europe.  So, it is a very ancient sweet!)

Okay, you are thinking...that is the gingerbread but what about the very sad song?  Of course, you must know the one that I am thinking about!  It is a song written by Dolly Parton, "Me and Little Andy" and since it mentioned the word "gingerbread", my baking brought this song to my mind...

"Ain't Ya Got No Gingerbread?"

The Nicholas Brothers- A Gift For You


Here is my gift to you...a video of the Nicholas Brothers!


Do you ever feel like dancing?  Like you just want to jump all over the place? No? Well, how about watching two dancers do just that!
You're welcome!

This clip is from the film "Stormy Weather" with Cab Calloway. (You could go through the beginning bit with Cab Calloway, but listen to him too! I think he's great! ) The Nicholas Brothers were considered to be the greatest tap dancers of their day. They combined tap dancing with acrobatics and it was called "flash dancing".

So, does this make you want to get up and dance?  Go on, you know you want to!  (Just be careful of your grand piano, everyone has one, right?)

Dance like no one is watching! (Because they're not watching, they're checking their phones.) 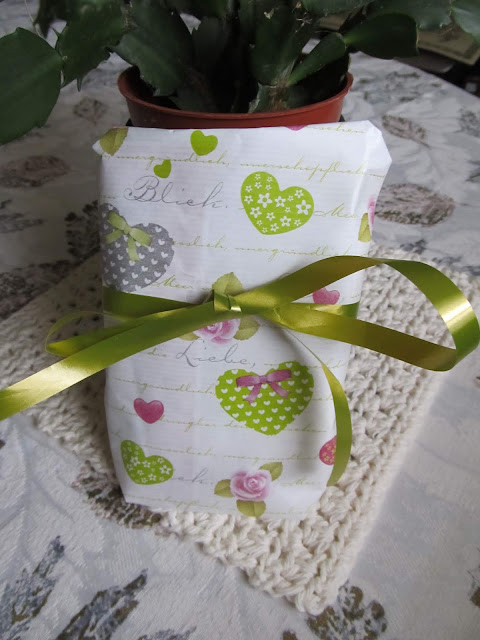 This time last year, I gave someone a present...and I re-used some paper that that had been on my own birthday gift.  When you have a present, tie it up with love!

Sending love to you all with my dancing video! Enjoy!
Posted by Kay G. at 7:13 PM 31 comments:


On Monday, I took the day off and went to Stone Mountain with my husband.  I know I have shown you photos of us clambering over the rocks to get to the top but did you know that there are miles of trails around the mountain? It was a  nice day so we walked under the newly green trees. One of the trails is beside a stream and the mountain laurel was blooming!

(A shout out to Ranger Robby ...last year in May, he gave me a tour on Mother's Day and we enjoyed the mountain laurel in bloom at Arabia Mountain.  Since you call yourself a science geek, I hope you like this post, Robby!) 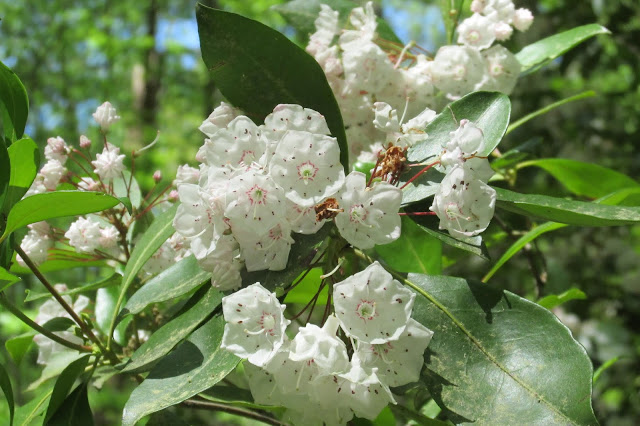 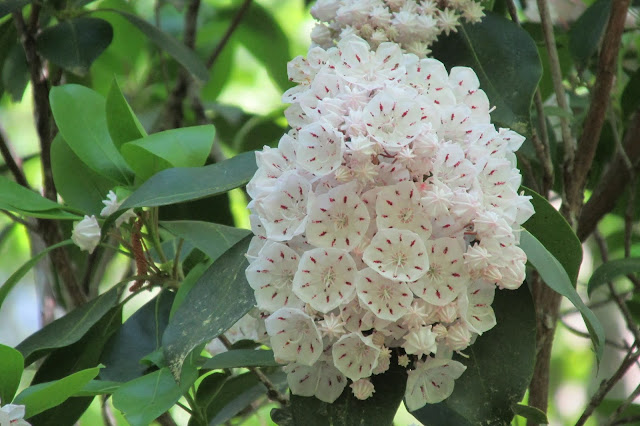 Now, the flowers were really just beginning to flower but when they are fully opened, the filaments of the stamens will be bent towards the edges (think of the way the metal bits are like on the underside of an umbrella).  When an insect lands on the flower, it breaks the tension of those bits and the pollen then catapults the pollen on the insect!  The pollen can be flung up to 6 inches!

The amazing thing... a man named Lyman Briggs first observed this in the 1950's after he had retired from an almost unbelievable accomplished career. You might recognize his name, he has a college named after him! You may read more about him here.  Lyman James Briggs,  I wish I could write a book about him! The Manhattan Project? Yes! He was involved in that too! Promise me you will read his story, he simply did too much for me to write in this post.  And his wife and daughter, you might know their names too from the Myers-Briggs Type Indicator (the MBTI) that many companies ask you to take.  (His wife was Katherine Cook Briggs and his daughter was Isabel Briggs Myers.)


Reading a bit further, the reasoning behind the pollen dispersal was not what Mr. Briggs thought that it was, but by studying this flower and noticing the pollen, he brought attention to it.  I just saw a video by researchers at Harvard that shows the science behind it all.
I find it interesting...but honestly, you all know that I only see the beauty of the blooms on this mountain laurel!

And not to throw you a curve ball...but can you believe it, Lyman Briggs also proved the science of the curve ball in baseball!
I am not kidding!

Let me leave you with this quote about him..."He was remembered for his range of interests...was almost universally liked and had a reputation of even headedness and serenity."  My kind of guy!  Why, I bet he also admired the beauty of the mountain laurel too, just as I am certain he enjoyed American baseball.  Just like me! 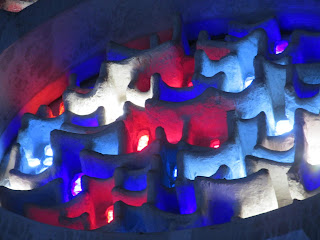 Very often when I would call my Dad, he would be listening to one of his favorite shows on the RFD channel..."Larry's Country Diner".  I would say to him, "Oh good, I will turn it on and watch it too and then, call you right back and we will talk about the show!"
Wish I could talk to him about this clip from the show that I just found!  It is B. J. Thomas and he is singing a song by the Beach Boys, "Don't Worry Baby".

B. J. Thomas had his first hit with a cover of Hank Williams' song "I'm So Lonesome, I Could Cry" in 1968.  His biggest hit was "Raindrops Keep Falling On My Head" which was from the film "Butch Cassidy and the Sundance Kid" from 1969.   I am pleased that B. J. Thomas is still touring and making records.   What an amazing voice he has!  I really enjoyed the way that he did this song.


I have more to say about B. J. Thomas, so look out for more about him in a future post!


When your emotion is great and you have no words, there is always music. 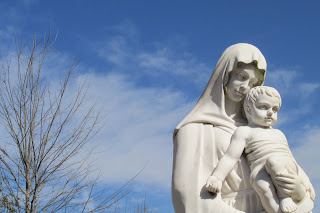 Our Lady of the Holy Spirit Monastery, Conyers, Georgia.
Posted by Kay G. at 5:48 PM 33 comments:

"I'll See You In My Dreams" by Joe Brown


If you remember any of my ramblings  fantastic reviews of movies, you will know that one of my favorite films is one about a songwriter, Gus Kahn.  (He was a lyricist.) The movie is "I'll See You In My Dreams", which was one of his songs, of course!

This song was sung by the English singer Joe Brown whilst playing the ukulele at the tribute concert for his good friend, George Harrison in 2002. (Joe Brown is very well known in England and is called "a musician's musician", very much respected by his those in the music industry...along with anyone who has good taste, like me!) This particular clip is from a concert in Liverpool in 2012, I think and I loved it so much, I have it for you here.  He talks a bit at the beginning of this but he is just so doggone funny, so I hope you like that too...after all, we need laughter AND music, don't you think?  (The story of the London taxi-driver who took him to Buckingham Palace for Joe to pick up his MBE...don't miss that bit.) 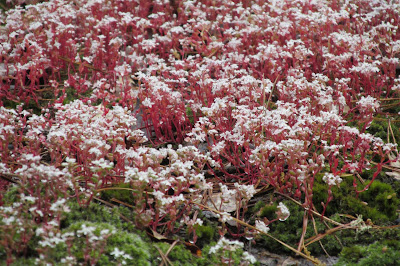 The diamorpha (the red stuff!) is blooming now and dare I say it...looking dreamy!


Don't you just love to read the blogs of these brilliant writers who tell you all kinds of interesting things? Me? I suppose it is my job to look at colors and inform you of my findings. (My last post was about the clock hands being painted blue instead of black.)
So for this post, I will tell you about two of the bridges in London:   Westminster Bridge and  Lambeth Bridge.

Below, you will see a photo that Richard took in 2014 when we visited London.  The bridge pictured is Westminster bridge and it is painted green.  Why green?  It is the color of the leather benches in the House of Commons!  (You might have noticed the leather benches when you have seen them arguing debating on the TV news. You must have seen all the news about Brexit!)   This bridge is at the northern end of the Houses of Parliament and is the closest to the House of Commons. 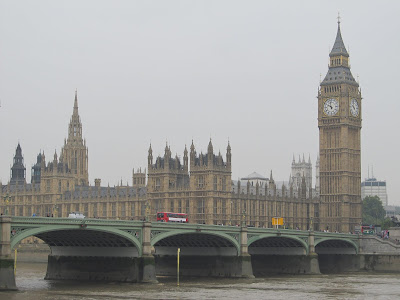 
(Sorry, I don't have a photo of Lambeth Bridge but you can easily look it up.  And hey, guess what? Remember from the film "National Lampoon's European Vacation" when Clark Griswald got stuck on that roundabout and couldn't get off?  That was the Lambeth roundabout which is just after when you cross this bridge, just don't ask me which side...hey, I can't know everything! Ha! I am guessing the south side.)

Anyway, can you picture that pool in the sky?
(Hopefully, the pool will be safe...apparently, they have one in Houston, Texas which was built in 2017.)


Leaving you with a hymn "Praise My Soul, The King of Heaven" from the Choir of Westminster Abbey.


Thank you, Bob! For telling me about the Sky Pool!  Not only do I not like heights, I am not overly fond of swimming either.  Let alone having those two put together! Not that I could afford to go even near the place.