We had a thunderstorm here in our area last night.  The very first thunderclap was so loud, it really startled me.  Of course, it doesn't take much for me to jump! (There, you don't really have to know all my nervous habits but I tell you anyway! LOL!)  There is a wonderful song by Ralph McTell called "Summer Lightning".  My husband can play this on the guitar himself and it sounds so good! I love the music and the lyrics.  One day I might be able to get Richard on a video playing it for you but I found one that is almost as good as a Richard performance.  Hope you like it too....

Goodness me, I had to search a while to find this video for you!

I love to look at clouds in the sky.  Don't you?  Take care, everyone! Look for beauty always! 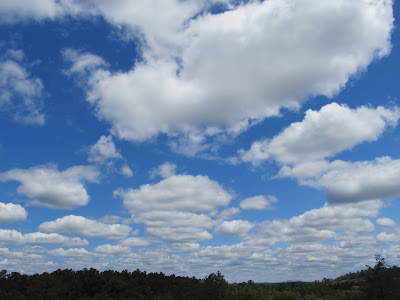 Hanging In There! 10 Years Today!

Can you believe it? Ten years ago today, I started writing this blog!

Yes, you can look back at my Aug. 21, 2011 post and if you do, you will see that I managed to delete that first post and then, had to just jot a few things down that I had written. So, I have a second post on that same day saying "STILL Aug. 21st!".   That was a foreshadowing of what was to come, I am always just a jumble of mistakes waiting to happen.  Still, one has to keep a sense of humor about these things, don't you think?

You don't have to laugh at life but I find that it is truly a help. It is for me anyway. And thinking of that, I am looking forward to a film that will be coming out soon..."Being The Ricardos" which is a movie about Lucille Ball and her husband, Desi Arnaz.  Did you watch "I Love Lucy" as you were growing up? I certainly did! Of course, the shows that I watched were not really from the 1960's but from the decade before.  I've read that the show has been syndicated in dozens of languages and is shown around the world. Isn't that something? Recently, we had the remains of a hurricane which was downgraded to a tropical storm but it still brought lots of rain. The storm was named "Fred".  I do wonder if anyone else looked at all that rain and said, "FRED, FRED, FRED, FRED, FRED!"  (From the "I Love Lucy" episode where little Ricky was learning the drums and was driving everyone crazy by beating the drum exactly five times and Ethel called out her husband's name in exact time with the beating of the drum!)  There...anybody else think of that? No, only me? What a nutcase I am!  The shows were quite brilliant and Lucille Ball had such perfect timing and all the actors worked as such a perfect ensemble, it was a pleasure to watch.  I do hope that they do a good job with the film about them! (Also, Nicole Kidman will be Lucille Ball in the film and I just know she will do a great job.  I can honestly say that I have loved in her in every film that I have seen of hers! And she really has made a great many!)

Two films, "Five Came Back" and "Beauty for the Asking" were from 1939 and both featured Lucille Ball. (1939, what a year for movies! If you are a film buff, you know what I mean!)  I watched both of these movies for the first time this year and I was very much impressed by the young Lucille Ball. Beautiful and so very good!

"Beauty for the Asking" is about Jean Russell (played by Lucille Ball) who invents a facial cream and...oh, I don't want to tell you anything else, just try to find it and watch it! Her character was not only beautiful but intelligent and kind.  I really enjoyed this!

"Five Came Back" is a film that is about a plane that crashes in a jungle and the repaired plane can only carry five passengers out. Once again, I thought Lucille Ball was wonderful in her role in this film too! (SPOILER: Lucille is one of those who make it out! Sorry, you knew she would, right?)

Both of these films were made by RKO Studios (and Lucille Ball had made many other movies at the same studio) and later, Lucille Ball and Desi Arnaz bought the studio!

Okay, I think I found the episode where Little Ricky was learning to play the drums!

And hey!  I know I don't post that much on my blog anymore but I keep hanging in there!  So, 10 years today!  Thanks for hanging with me! 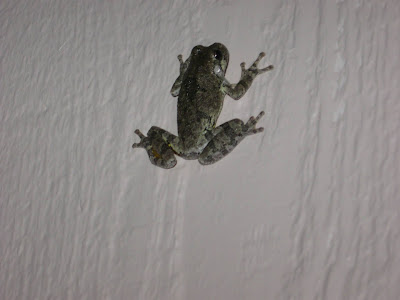 A song for you?  You know I have one!  (And please tell me that you can instantly tell that is Lou Rauls singing in the background!)

Praise My Soul The King of Heaven/Take Your Shoes Off, Moses

Hey! Remember me? I am Georgia Girl With An English Heart! (Yes, I am really Georgia Old Woman but hey, sue me! LOL!!)

To prove to you that I have a foot in both worlds, so to speak, I have two examples of songs for you.  I truly like them both.  Hope you will too...

"Praise My Soul, The King of Heaven" is a beautiful hymn with lyrics by Henry Frances Lyte. (1793-1847). Born in Scotland but brought up in Ireland, he became an Anglican vicar in Devon, England.  Also a poet, he wrote the lyrics for the famous hymn,  "Abide With Me".  I have read that just before he died, he exclaimed, "Peace, Joy!".   I am thinking that those two words would make a fine hymn, don't you?

Gospel music! Combined with Blue Grass, it just can't get any better for me! (There is a guitar solo that my guitar playing son says is very, very good!)

"Take Your Shoes Off Moses".