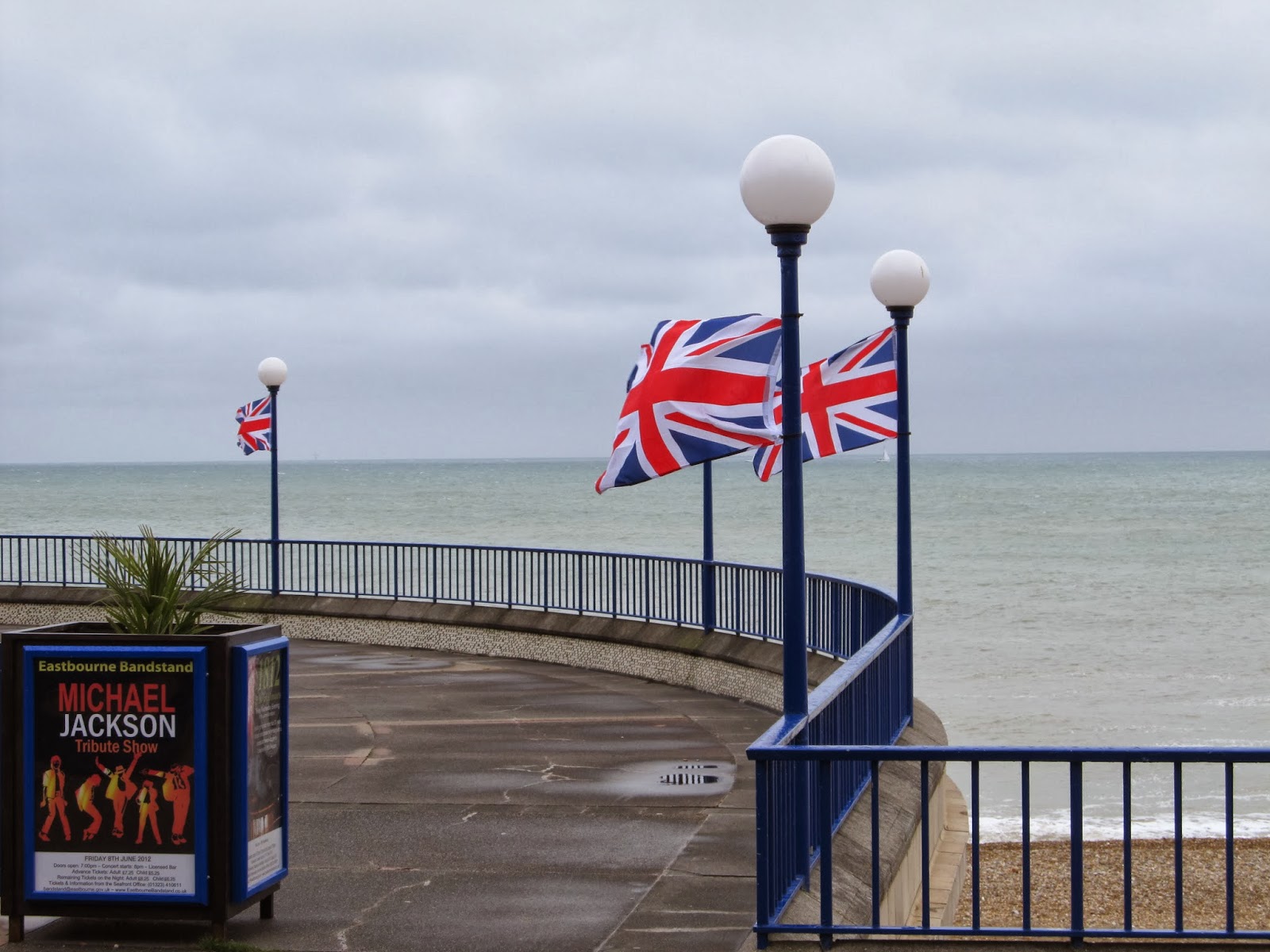 Foyle's War is an excellent TV show from England that Richard and I really enjoy watching.  Set during the time period of World War II in England, Detective Chief Superintendent Christopher Foyle  investigates murders and other crimes.  Since it is set in Hastings on the southeast coast, they very often mention the nearby towns of  Bexhill and Eastbourne. (I have spoken of both places in some of my posts. Richard's parents live in Eastbourne.)  Recently, on the episode entitled "Eagle Day"  we were pleased to see that they filmed a scene from the Bandstand   in Eastbourne.  (It was filmed as if they were in Hastings, but trust me, they were in Eastbourne!)


The bandstand is directly opposite the Cavendish Hotel in Eastbourne. The last time we were there, someone pointed out to us that one corner of the hotel looked as if it had been repaired and he either knew or guessed that it had been bombed during World War II.
I found a video about Eastbourne and although I knew that it had been bombed, I had no idea how
heavily it had been hit or how many people had died.   I am very familiar with Eastbourne, knowing all the buildings that they show here, yet I had never seen the pictures of the bombings.

If you get the chance, please make sure that you watch "Foyle's War".  Michael Kitchen who plays Foyle is an excellent actor and all the other actors are just perfectly cast.  The scripts are very well done and I notice that they have taken great pains to get the period just right.  You can tell a lot of research has gone into every episode. Oh, and don't even get me started on the music!