July 2021 will soon be over.  Not much time lately to get out so I thought I would show you some photos from this time last year... 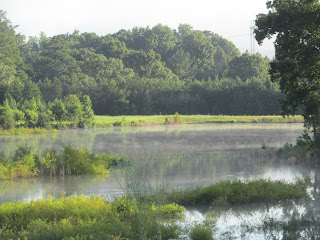 We were at  Alexander Lake at Panola Mountain State Park and there was still a mist over the lake. 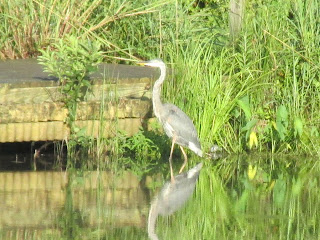 The sun was rising quickly and you might not recognize this bird in the bright light but it is a  Great Blue Heron. It is a beauty. 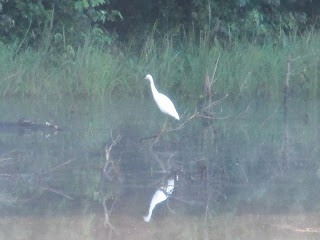 The Great Egret.  Richard took this photo from some distance away, so it looks smaller than it really is.  If you read about this bird, it says that it lives along the Georgia coast.  How lucky that it also lives on some Georgia lakes too! 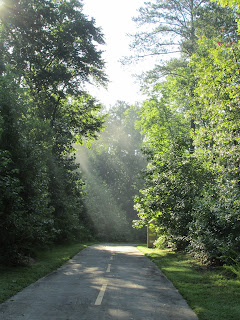 You have seen photos of the sun streaming upon the trail at Panola Mountain State Park...but you don't mind seeing it again, do you? 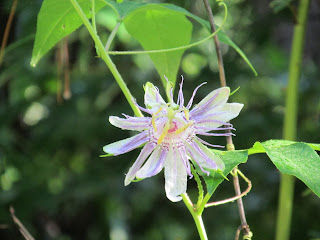 The Purple Passionflower is a native flower here in Georgia.  We were so happy to see this blooming right beside the trail as we walked. It is the host plant for the Zebra butterfly and the Gulf Fritillary butterfly.   Hey! Speaking of the Gulf Fritillary.... 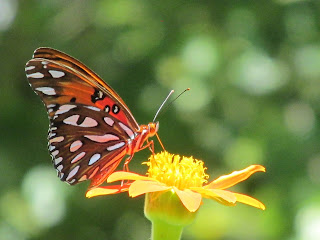 Gulf Fritillary!  You can recognize it very easily by that fake "eye" on the wing! See it?  Also, the other side of the wings look almost silvery in bright light, like a mirror.
Sad to say, we will not have those bright orange flowers this year- the Mexican sunflowers.  We just had too much rain and I was not able to get them to grow like they normally do. I will miss them.
They would grow over 6 feet tall. How I loved going out and taking a photo from below with sky behind them! AND seeing all the butterflies enjoying them! 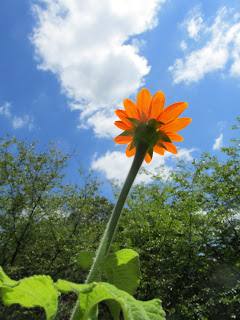 "Nothing Could Be Finer" 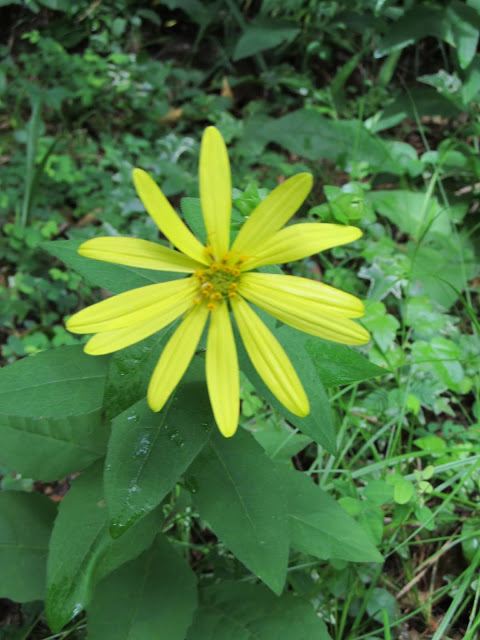 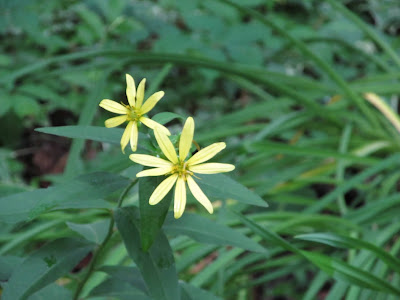 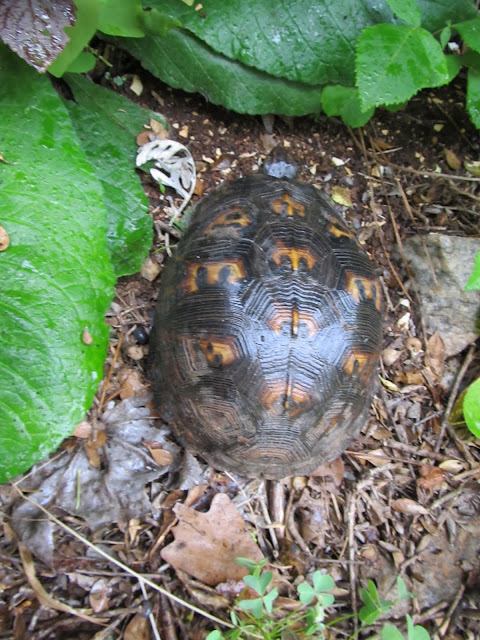 Hey there, July! Nothing could be finer!
Thought you might like to see some nature in my own yard!
The yellow flowers are wildflowers and are called "whorled sunflowers".  As far as we know that is what they are, they just came up and Richard encourages wild things around him...after all, he married me! HA!
___________________________________________________________
Hey! I just learned something that I want to share with you. And this might come in handy if you should be in a quiz with your friends sometime! Which world sporting event trophy was stolen in 1966 and later recovered by a dog named "Pickles"? The year 1966 should give you a very good clue as that was the year that England won the World Cup!  So, of course the answer is "The World Cup.  The owner of the dog, David Corbett was given 5000 pounds and with this money, he bought a house in Surrey. (Let me just pause here and think of buying a house in Surrey, England for 5000 pounds.)  The dog, Pickles died in 1967, just one year after the great attention he received. Does everybody in England know of this? I only just learned of it.  Hey, I am American, I can't know EVERYTHING about great British history! HA!
Of course, I wanted England to win yesterday in the Euro final but it was not meant to be.  Looking forward to the World Cup next year!
______________________________________________
"Nothing Could Be Finer"!  Of course, you know that song, don't you? It was written by Gus Khan (lyrics) and Walter Donaldson (music).  Please say you remember me telling you about that great film about Gus Khan where he was portrayed by Danny Thomas? And Doris Day played the wife? The film was "I'll See You In My Dreams".)   Now, the song was written in 1922 AND it made its debut on Broadway and was first performed by William Frawley! Yes, William Frawley who was "Fred" from "I Love Lucy"!  I read that he sang it on "I Love Lucy" also and do you know, I even remember it! (Oh yes, I do believe I know every single episode of "I Love Lucy"!)  Oh I do have more I want to say about Lucille Ball but that will have to wait for another post, another time... I need my beauty sleep!
"It Had To Be You"... Go to just after the 2 minute mark for the song. Lyrics by Gus Khan! Genius lyrics, "with all your faults, I love you still". Gotta love that!