As many of you know, I appreciate and write about songwriters but what you might not know is that I also greatly admire talented singers. We just lost a very good one- B J Thomas.  He died of lung cancer which was just diagnosed at the end of March of this year.  If you look at his website, it states that he didn't write "Raindrops Keep Falling On My Head" but he defined it.   His official website is just here.  I urge you to visit it!  Not only was he a great singer but a really nice guy. I loved how he would call so many of his friends, his "brothers". We need more people like B J Thomas in the world, spreading love and music with a positive message.

B J Thomas went through a rough patch at one point in his life but he credited his wife for getting him back on the right track.  It is his wife and daughters and family that I am thinking of at this moment, along with his many friends around the world.

Enough of my words, let's hear B J Thomas singing "In The Garden".

"I'm So Lonesome I Could Cry"

"Raindrops Keep Falling On My Head"  (From the film, "Butch Cassidy and the Sundance Kid")

The lyrics to this song were very helpful for me in 2020.  The positive message will be for all time.  (Written by Hal David and Burt Bacharach. It is the B J Thomas vocal that stays with you.)

Billy Joe Thomas (BJ) was a big admirer of Elvis.  It seems that I remember reading that BJ took over the rest of Elvis Presley's concert tour in 1977 after Elvis died.  Writing this post, I tried to research this and can't find that anywhere, perhaps someone could tell me if this is so?  I read a great interview where he talked about driving from Texas to Graceland in Memphis in the 1960's and when he got there, he simply told them, "I'm here to see Elvis".  (Elvis wasn't there, he was in California at the time filming movies but nevertheless, B J was invited inside for sandwiches made by Minnie Mae, Elvis' grandmother.  A different time, the 1960's.)

B J Thomas, rest in peace, my brother. 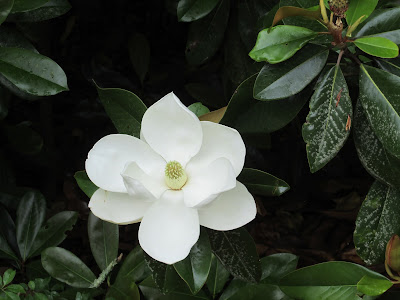 Remember That ONE Time (Runnin' Down A Dream) 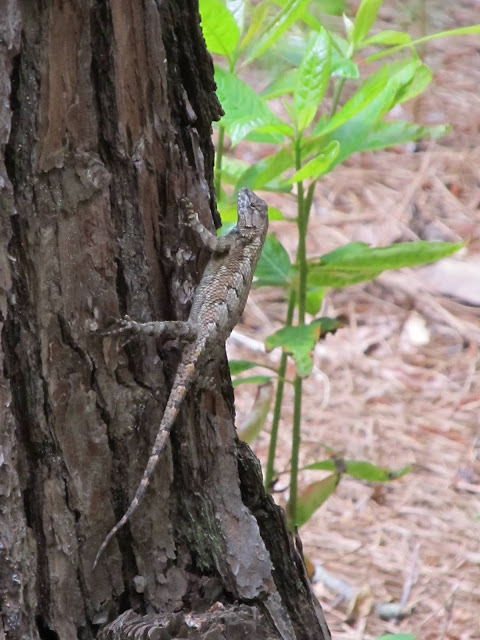 The Eastern fence lizard is a very common lizard but when you happen upon it as you hike, it seems a very extraordinary creature, indeed.  This photo was in very bright sun but the bronze coloring was quite beautiful. They can also be called pine lizard for their preference for pine trees which is what you see here. Notice the long legs, it is believed that this is an adaption within the last 70 years to the introduction of the imported fire ant, which can kill the lizard within one minute.  ("Take that FIRE ANT, I will just grow longer legs and get away from you!"  There, you didn't know I can read the minds of lizards, did you?) 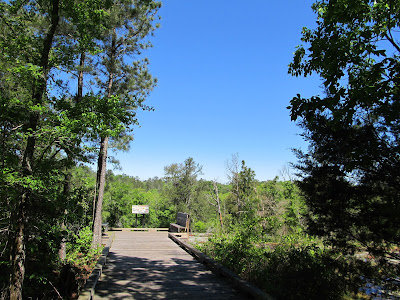 These photos were taken at Panola Mountain State Park, which is not too far away from us, luckily. I think the hikes up the mountain have started again, so I hope to be able to go on one of those soon. If you remember, Panola Mountain is a guided hike only, and you can only climb it with a group and an employee of Panola Mountain. (Of course, there are great trails in the park that do not require a guide and are open from dawn to dusk. We take advantage of them! So many trees!)

Anybody remember that I did a moonlight hike climbing Panola Mountain once? It was magical! The moonlight lit up the granite of the mountain and it felt like I was walking on diamonds....ah, am I too old to walk that in the dark now? Oh well, at least I did it that one time!

Just that one time...can you think of something that you have done once or seen once that you will never forget? I am thinking of a place too...Lake Tahoe. Just once in my life, I saw it and I will never forget it, the color of that lake, such a gorgeous color. I was in a group and I asked if we could drive over the California state line just so I could say I had been to California! (Lake Tahoe is partly in Nevada and partly in California.) Lately, Richard and I have enjoyed watching some TV shows that were filmed in Spain and we have had fun looking up the locations and learning about them. We have never been to Spain but in my mind...that's another thing! 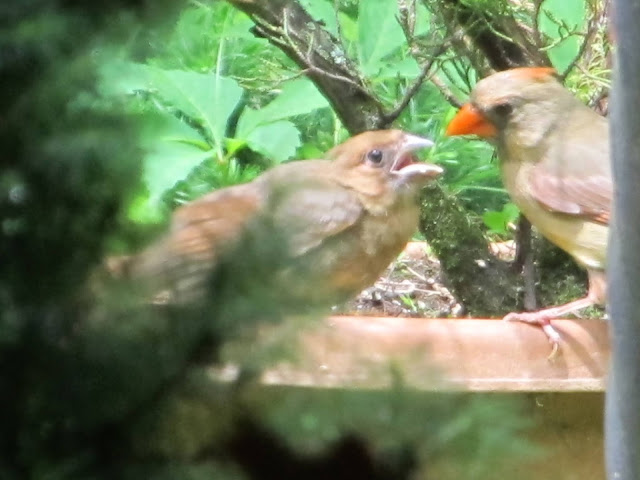 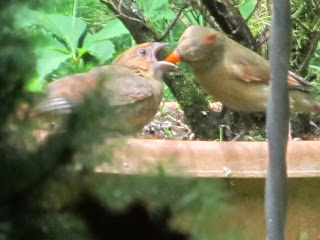 Of course, we have our own window on the world into our back yard! Richard took these photos of the female cardinal feeding one of her young. The male cardinal (the bright red one) will also feed the babies! We see this scene every year, the little birds fluttering their wings for food, we never tire of it. The cardinal itself, very common but just like the lizard, quite extraordinary.
Runnin' Down A Dream by Tom Petty and The Heartbreakers.
Enjoy.
Posted by Kay G. at 6:07 PM 22 comments:

There are things that seem to disrupt my inspired creativity these days...

Do you all know the poem "Kubla Klan" by Samuel Taylor Coleridge? I bet you do.  The one that talks about "a stately pleasure dome" and "the river Alph" and "Xanadu"?  The full title of the poem is "Kubla Khan: or A Vision In A Dream". You see, the poem came to him after a drug induced dream in the year 1797.  The next morning when he set about to write it all down, he was interrupted by a visitor from the neighboring village of Porlock. Sad to say, he just could not get back into the rhythm of it and was not able to fully complete it as he wanted. He wrote down what he could and was unhappy about it, as it was not as he originally envisioned and only showed it to friends. Coleridge left it unpublished until his friend, Lord Byron persuaded him to publish it in the year 1816.  Therefore, if one has a "visitor from Porlock" or just "Porlock" it means that someone or something has interrupted one's inspired creativity!

Now, I have TWO things that make me think of the word "interrupt"...one is quite lovely and the other is quite silly.

I know you are all dying to know my examples!

Ferns are so beautiful! I have spent quite some time trying to identify ferns recently. You might think that this would be a simple thing, but that is not the case. Georgia has a great number of native ferns and they are just as difficult to identify as oak trees! The interrupted fern is not one that I would see here in Georgia but the sound of it pleases me, I can't say why that is so. (The interrupted fern is called that because there is an "interruption" of fronds in the middle.)

Now, for the silly one... it is a knock knock joke!

HA HA! Silly but funny.  And not a bad joke for children, you can teach them some manners at the same time. 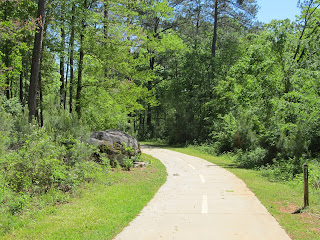