How in the world could I do my last post about a song and NOT talk about the songwriters? Let's put that right this minute!

"Whispering Grass" was written by Fred Fisher and his daughter, Doris Fisher! That might seem unusual but Fred Fisher was a songwriter and he and his wife had two sons and a daughter, and ALL of his children became songwriters. Isn't that astonishing?

Fred Fisher was born in Cologne, Germany in 1875. (Name of Alfred Breitenbach). He immigrated to America in 1900 and founded the Fred Fischer Music Company in 1907! (He changed his name to the spelling of "Fisher" during WWI.) How many songs did Fred Fisher write? So many!

"Come Josephine, In My Flying Machine"

"I'd Rather Be Blue"   (Please tell me this reminds you of Barbra Streisand skating and singing in the film "Funny Girl"! I love that!)

"That's When Your Heartaches Begin"   (You must know this from The Inkspots! And Elvis also recorded it! Love this song!)

Doris Fisher! Wow, what an extraordinary life story!  Besides being a songwriter writing both lyrics and music, she was also a singer during the 1930's and 1940's. She was the lead singer in the group...and you got to love this..."Penny Wise and Her Wise Guys"!

You already know she wrote "Whispering Grass" with her father. Here is a list of just some of the songs that she co-wrote with others:

"You Always Hurt The One You Love"

"Into Each Life Some Rain Must Fall"

"Put The Blame On Mame"

She married in 1947 and had two children. Doris Fisher began collecting antique American furniture and became well known for interior design. In the early 1960's, President Kennedy and First Lady, Jackie Kennedy consulted her for the interior design at the White House.  Wasn't she an interesting woman? Don't you think that someone should make a film about this whole Fisher family?  Of course, someone should!

Now, to leave you with another FANTASTIC vocal of this song, how about Sir Tom Jones? And this was just from the end of this past year. Apparently, the British are lucky enough to have Jools Holland on New Year's Eve with his "Jools Holland Hootenanny". 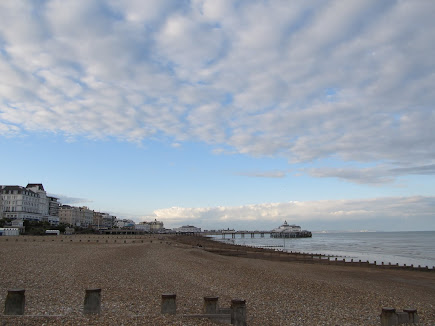 It's nice to hear those words, isn't it? It is especially nice to have someone point out something to you that might be overlooked.

"Whispering Grass" was a number one single in 1975 in the UK.  It was by Don Estelle and Windsor Davies. (Don Estelle is the one who sings, Windsor Davies speaks.) It was from a popular sit-com at the time called "It Ain't Half Hot Mum". Now, I don't know one thing about that comedy, so please don't fuss at me if it is sexist or racist or homophobic, it is a product of its time.  One thing I DO know is that Don Estelle can sing! Why, I find his vocal simply astonishing and that is what the British people must have recognized also...even though they saw this in a comedy and it was meant as a source of humour, they must have wanted to hear it as it went to number one!

There, I hope you were able to hear this song!

Everybody doing okay these days? Keeping calm amidst it all?

I am trying my best!  Take care, everyone! 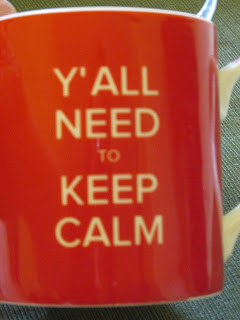 My friends, I have been saddened by a great many things recently. One of those things was the recent death of one of my favorite directors, Michael Apted.  I have spoken of him before, he directed one of my Dad's favorite films, "Coal Miner's Daughter", which was the story of the country singer, Loretta Lynn. My father also grew up very poor and although he was from Georgia and not from Kentucky like Loretta Lynn, he grew up in a house very similar to the one that was shown in the film. (He even talked like her, "ever day, he would not say, not "every day".) I believe that he was often ridiculed by others. "Hillbilly" was one of the names that he would have been called.  Michael Apted was able to show the life story of Loretta Lynn with great respect.  It is this that I think my Dad appreciated the most. Besides enjoying the story itself, he really did love music and the background story behind songwriters. Hey, that sounds a bit like me, doesn't it?
Michael Apted directed many other films and I urge you to seek them out but before he made these movies, he made a documentary in the early 1960's called "7 Up".  Have you seen it? In Britain, fourteen children were interviewed at the age of seven, ten boys and four girls. (He later wished he had included more girls.)  Oh, I just looked this up and Michael Apted was quite young in 1964, he was one of the researchers and was one of those who helped to choose the children. For every seven years after that, Michael Apted was the director. There were nine episodes and they were titled as follows:
Seven Up!
Seven Plus Seven
21 Up
28 Up
35 Up
42 Up
49 Up
56 Up
63 Up
I have seen them all except that last one and I do hope to see that one soon.
I find it fascinating that Michael Apted filmed this every seven years and I can only imagine what it must have been like for the fourteen individuals to have had their lives played out on a screen. Still, I think they saw that Michael Apted treated them with respect. In fact, from what I have read, they considered him a friend.
Now, I suppose most people might get into a deep discussion about the class system in Britain and how the socio economics of one's background factors into how they turn out in life. Me, I let others judge things like that, I simply liked learning of these 14 different people. They are almost exactly the same age as I am, and although they are British, I was surprised to feel so at home with them all.
Michael Apted received the Peabody Award for his work on 7 Up.
The Peabody Award is given to honor the most powerful, enlightening and invigorating stories.  Yes, I think that was well deserved.
+++++++++++++++++++++++++++++++++ 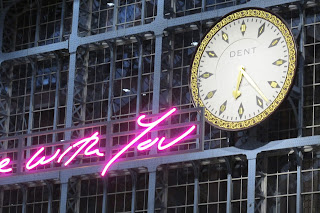 Really missing England.  Didn't get to visit in 2020, of course.
Hopefully, we will be able to this year...
Here's some music for you all!