We had some very rainy weather last week.  For several days, when I was able to get my old computer up and running, there was a phrase that popped up in the corner that said "Rain Coming".  Now my first thought was "That sounds ominous" but my very next thought and it came so quickly into my head was the song "I'll Follow the Sun" by the Beatles.  Did you know that Paul McCartney wrote that song before the Beatles even existed when he was only 16 years old?

(He also wrote "When I'm 64" as a teenager also and the Beatles used to play it between sets when they were on stage in their early days!)

Now back to "I'll Follow the Sun"...Paul McCartney wrote that song after he had recovered from - wait for it...the FLU!  Now, in these times of Covid, I think that is something that we should know and tell everyone.  You don't have to look on the bright side but I honestly think that it is more helpful to yourself and to others.

Thank you, Sir Paul!
And speaking of looking on the bright side, the Yellow Daisies have been amazingly beautiful this year!  I just wish you could see how plentiful they are and the fragrance! I've said it before but if I could only bottle it! So, you see, we might have had a lot of rain this year but if it brings flowers like this, it is well worth it.  Take care and remember, follow the sun but appreciate the rain and be grateful for everything. 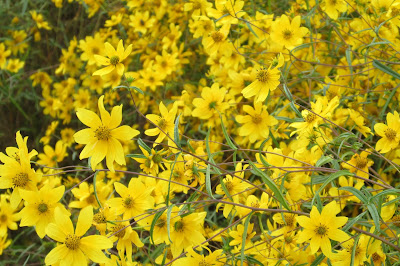 September Beauty/ I Will/ Song From A Secret Garden 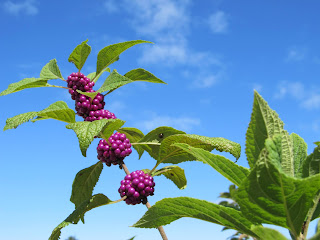 September! Time for beautyberries and yellow daisies, both native to this area.  Both so incredibly beautiful that they can stop you in your tracks! 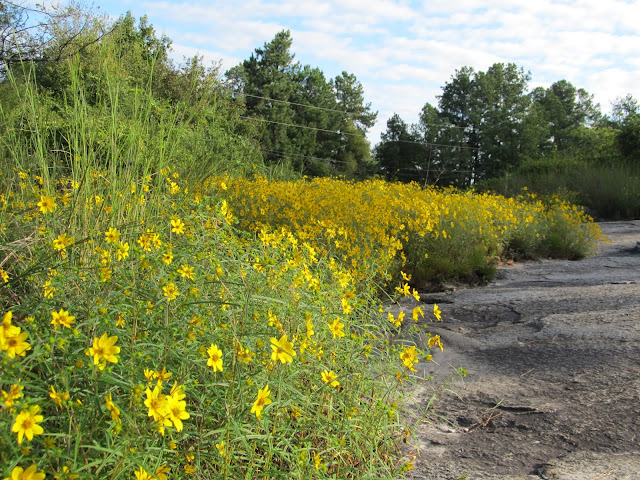 Happy to share with you a cover song of  the Beatles song "I Will"...it is by a very talented young man named Alexander Rybak.
Hope you enjoy this as much as I do!

Believe it or not, that is a violin that he is playing in that song!

Don't believe me? I found another video of him playing his violin..."Song From A Secret Garden".

Songwriter, singer, great guy...that is what should come to your mind when you think of Otis Redding.  He left us much too soon at the age of 26. Tomorrow would have been his 80th birthday.  To honor him, the state of Georgia has declared Sept. 9th to be "Otis Redding Day".  Remember, Otis Redding wrote the song that the marvelous Aretha Franklin made so famous, "Respect".

"Sitting on the Dock of the Bay" was recorded just three days before his tragic death in a plane crash in 1967.  (He not only sang this great song but he wrote it as well with his good friend and guitarist, Steve Cropper.)

All respect to a fellow Georgian, Otis Redding.  Otis Redding Foundation- I have a link just here!  There, go and read more about this great man. 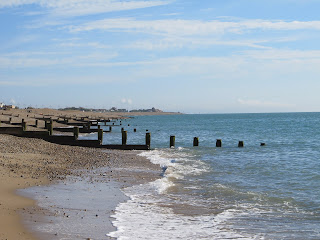