London Evening/(I Could Have Danced All Night!) 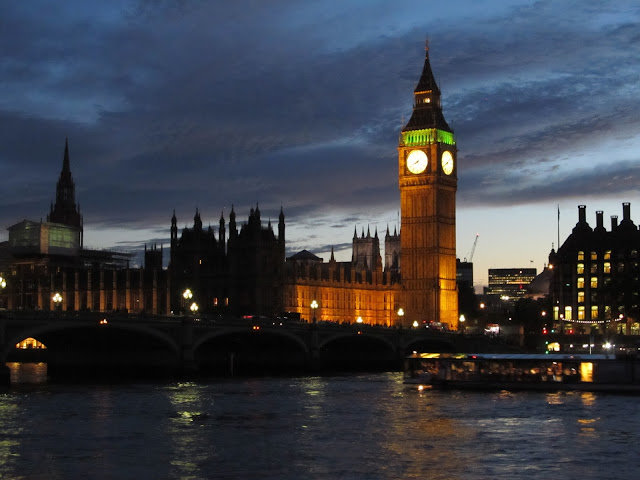 Hey! We really did go to London in September, honest we did!
Do you remember the post that I did when I was so happy that we arrived just in time to walk across Waterloo Bridge and see the sunset over the Thames?  After that, we walked along the South Bank and then walked back over the Thames on the very lovely Westminster Bridge, which of course, has the magnificent Houses of Parliament on the other side! 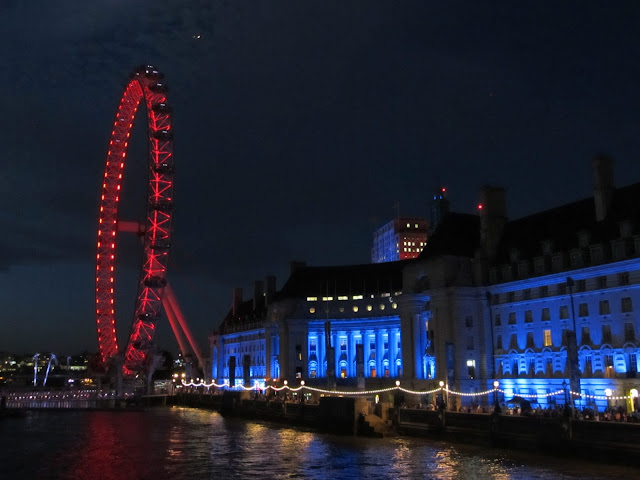 The London Eye is lit up in red at night and the building beside it, why you would never guess this...when the famous chimes from Big Ben are sounded on the quarter hour, the lights on the building  changes from...let's see, I think it was red and then blue and was there a bit of purple? (Maybe as it is changing, I don't know...anyway, it was beautiful to glance over my shoulder and notice the color change!) The building beside the London Eye used to be the seat of the Greater London Council but now...it is the place where you buy tickets for the London Eye!  (It is used for other things also, after all it is a very big building but it is funny just to say that is where you buy tickets for the London Eye, don't you think ?) We have been on the London Eye before and I do recommend it!  You will see the London Eye described as a Ferris Wheel but that is not really true. It is more like a wheel of a bicycle, with the compartments as if they are at the end of the spokes of a bike, can you see what I mean? 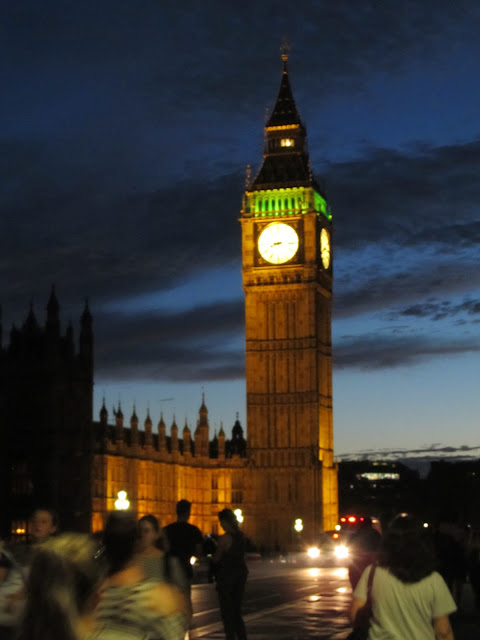 Look! Richard got a photo of me looking up at the famous tower. now called Elizabeth Tower, after Queen Elizabeth.  I know that Big Ben is really the bell but I will always think of it as Big Ben myself!  It should be on the same par as the Eiffel Tower in Paris, it is that beautiful. 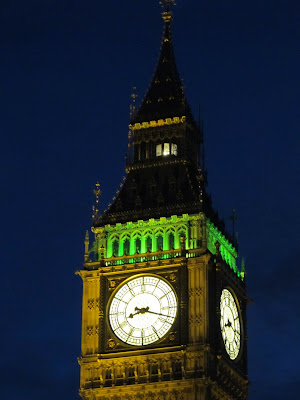 At night, this can look like the face of an owl, the two sides of the clock looking like big eyes...you can see this better if you go back and look at the first photo on this post. 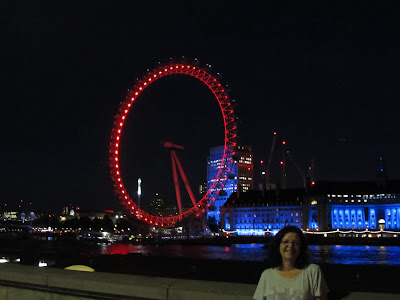 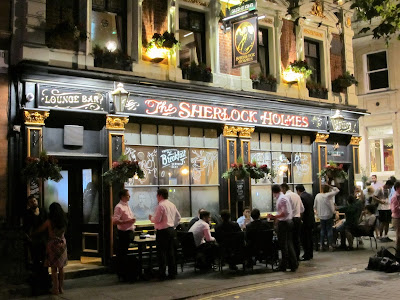 Richard took this great shot of a pub...there were so many out and about, having a good time! 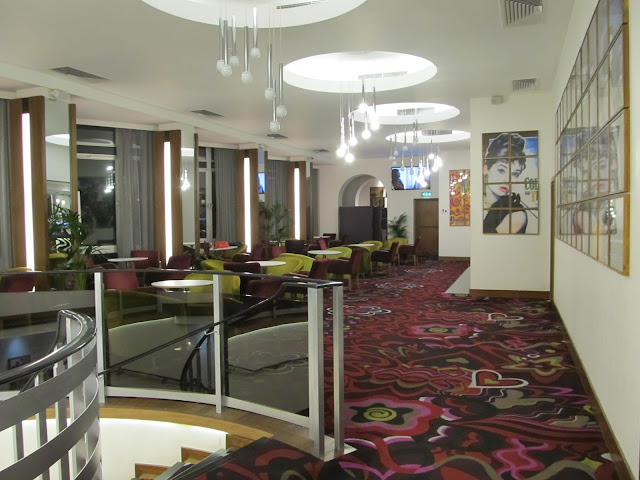 Lovely to see this framed art poster of the exquisite Audrey Hepburn in the hotel lounge! I have written of my admiration of her before, she was not only a beautiful actress but a truly noble human being.  She had her songs dubbed by Marni Nixon in the movie, "My Fair Lady" but I found a video of her singing the song herself. I love to hear her sing this in her own voice.

(By the way, folks, I have a new computer, and I hit something and it underlined bits of this in red, can anyone tell me what I have done?)

Wish me luck, I am getting set in my ways and find it difficult to learn new things!