The photo above is of a tornado or "cyclone" as depicted in the movie "The Wizard of Oz".
In all of the special effects and expensive computer generated images that we see in movies today, it astounds me that this movie from 1939 was able to capture the image of a tornado with a funnel shaped piece of muslin cloth.  It was attached to the sound stage and simply rotated and moved to simulate a twister.

Photo from Wikipedia of an actual tornado in Oklahoma.

There are some huge storms expected today in Oklahoma and the Midwest is very well known for tornadoes.  In the Southeast, we have our fair share of them as well.  My prayers are with those in the path of the storm and my hope is that the destruction will be as minimal as possible and with no loss of life.
My Dad called me last night and asked me if I had seen the tornadoes on the news.  He told me a story about one that he lived through in 1936 when he was a young lad in Toccoa, Georgia. The following is what he said...

"I was at school (Eastannollee) and asked if I could go to the outhouse. (It was a few hundred yards away from the school building and was a 7-holer!)  The teacher gave me permission and I walked there and it was raining just a little bit.  When I came back out, it started getting dark and by the time I got back to the schoolhouse, it was pitch black, like night-time!  The teacher made us sit at our desks and told us to be quiet and to not make a move.  With no electricity, we sat in complete darkness and listened as the wind and rain roared over us.  We only found out later about the terrible storm in Gainesville and knew how lucky we were since we were in the direct path of the storm..."

I told my Dad that I was very aware about the big tornado that had hit Gainesville  but it had never occurred to me to ask if my Dad had any memories of it.  My grandfather, my mother's father, worked for the state of Georgia and was one of those who helped to recover the bodies in the town square of Gainesville. It is believed that 203 people died although the final body count has never been verified.  Two tornadoes merged when they reached the town of Gainesville and together they leveled everything in sight.  Some of the debris was 10 feet high.  One of the heartbreaking stories is that a group of schoolchildren on their way to school sought shelter from the storm in a downtown department store building and were killed when the building collapsed upon them.

This storm is known as the Tupelo-Gainesville tornado outbreak and you may read about it here.  Elvis Presley was a baby in Tupelo, Mississipi when this tornado happened and was one of the survivors. 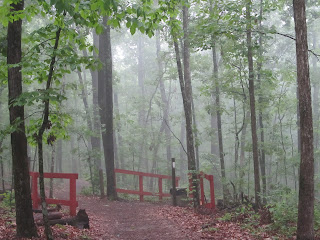 Our weather has not been too bad although we have had a lot of rain this weekend in Georgia (Flowery Branch, which is close to Gainesville, had SEVEN inches of rain!)  and there has been severe flooding with roads being washed away.  I pray for those in the Mid-West and ask for your prayers as well.

Update:  After I did this post, I have now seen the news from Moore, Oklahoma and the tornado that hit this afternoon was on the ground for 40 minutes and it was about two miles wide.  There have been deaths even at an elementary school.  I still ask you for your prayers.
Posted by Kay G. at 6:51 PM