When you are at Arabia Mountain, you need to keep your eyes AND ears open!  Look and listen!

My husband and I were at Arabia Mountain on the first weekend of January.  It was just after a heavy rain and water was cascading down the rock as we began to climb. The sun was shining on the water that collected in the rock pools and the sun was so bright upon them that it looked as if there were silvery white cloths strewn over the mountain.

To our amazement, we heard frogs as we were walking (remember, this was on January 4th!) and they were so loud, that Richard tried to record them.  Funny, as soon as he began recording, their sound became muted, still making the same noise but very much at a lower level.  I still found a clip on YouTube though!   If you read about them, it states that their chorus is similar to sleigh bells, a very beautiful sound!  They were Spring peepers. (Pseudacris crucifer).  Interesting to me, the "crucifer" part of the name comes from the large x shape on their backs, like a cross..."crucifer" means "cross bearing".

No matter where you are in the world, I say look for nature and listen for it as well! 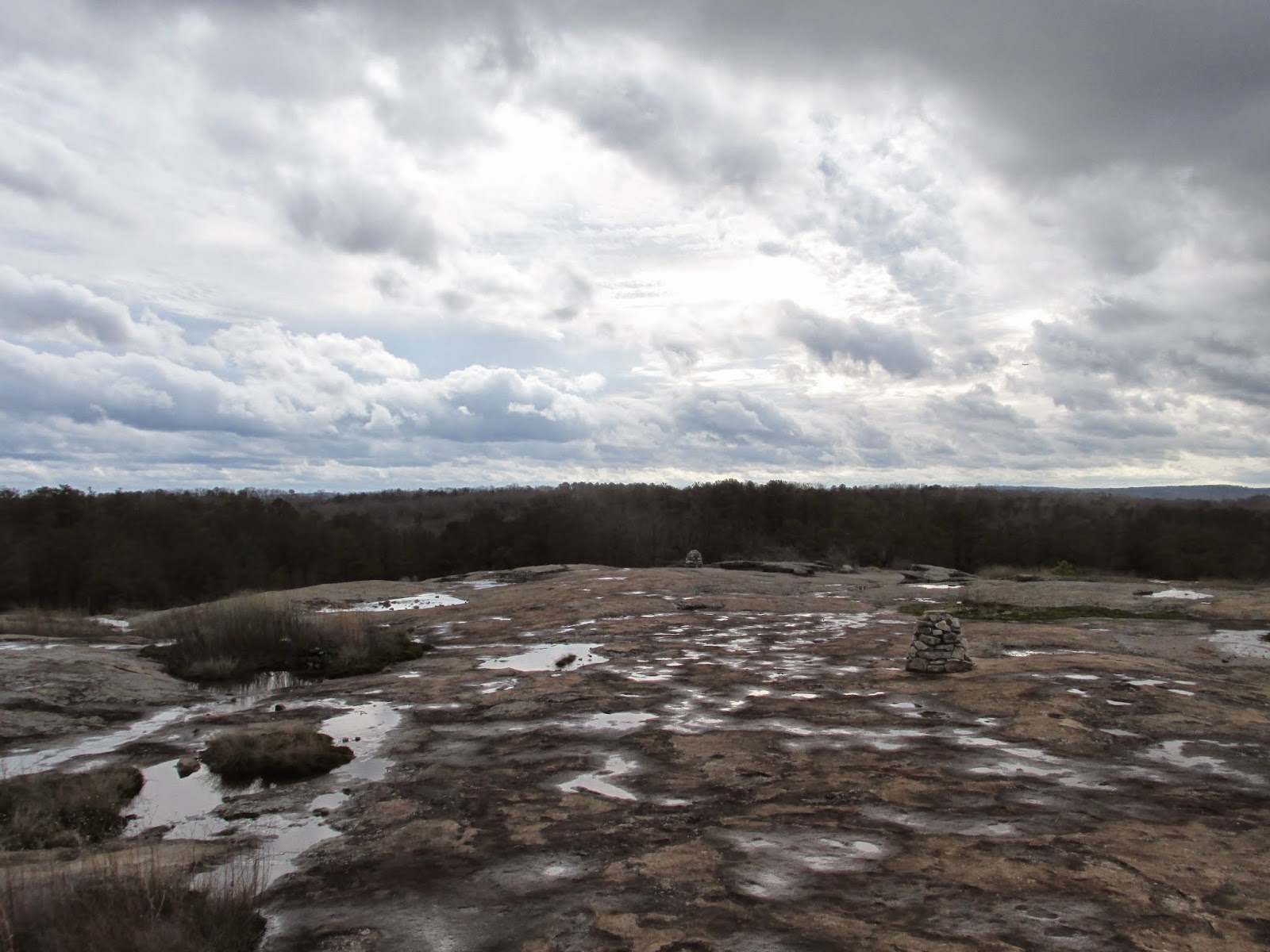