We were at Stone Mountain at the end of February last year and Richard was able to get a quick photo of the pileated woodpecker.  The bird was high in the tree but you can still see how big it is! Let's see a weasel try to piggyback on this bird!

We watched the Brit Awards on TV recently and I heard a singer that I have never heard before. This young man from England reminds me of Slim Whitman...you know, the singer who had his songs on the movie,"Mars Attacks"...the songs that made the aliens' heads explode.   I hope that George Ezra could read my blog and tell me if he thinks so too! He doesn't sound just like him, it's just that I am REMINDED of Slim Whitman, I suppose because they both use falsetto, and not too many singers use that range.  I find his songs quite catchy myself.  (For both singers, actually.)  Poor guy,  I am so hopelessly out of it these days, I hope that I don't jinx him.
(Be funny if George Ezra's next song is 40 Degree Drop or Pileated Woodpecker, wouldn't it?) 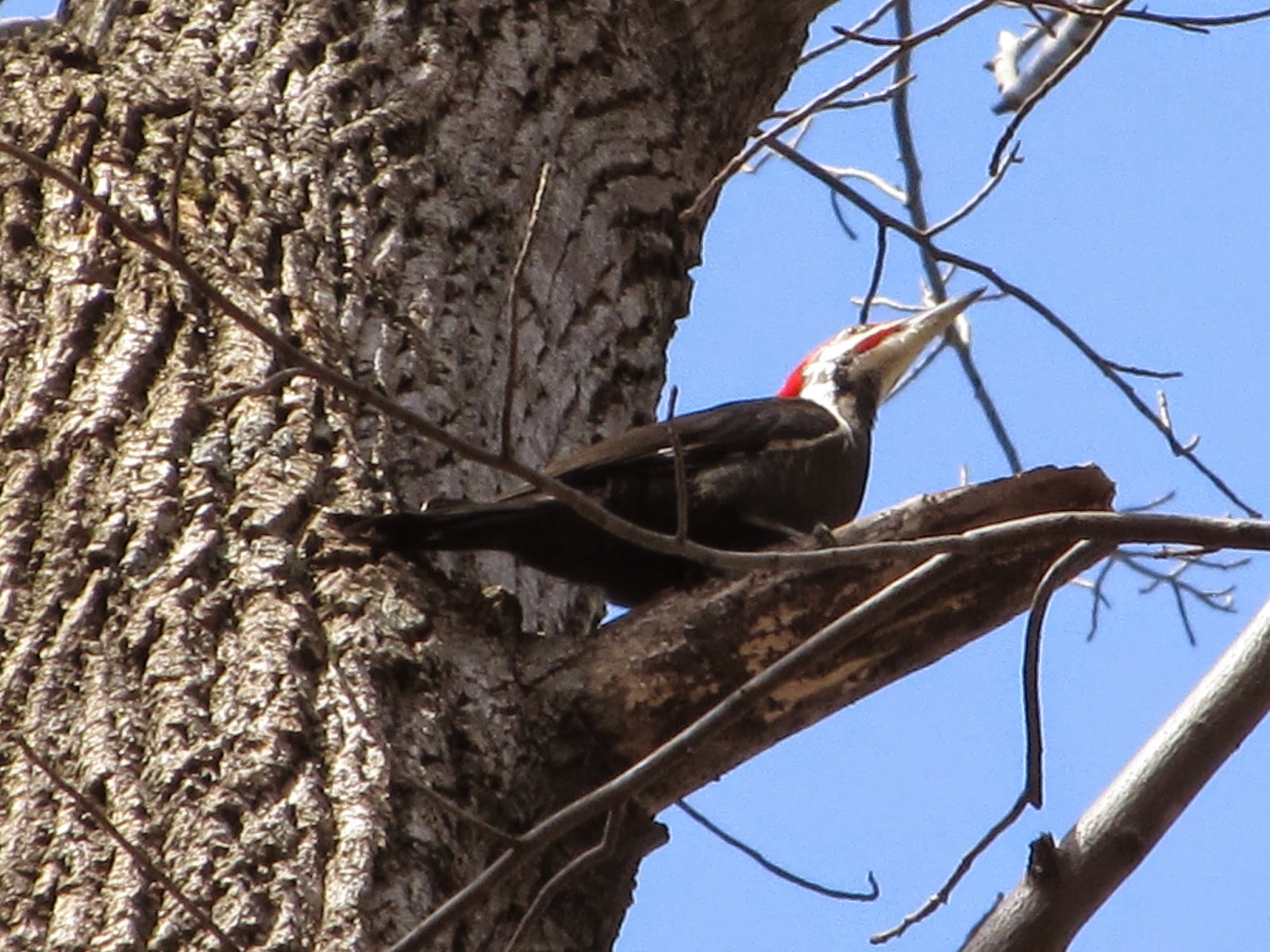 Hey! You will never believe this but yesterday when I came home from work, the gauge in my car said that the outside temperature was 83 degrees.  Today, when I came home at the same time of day, the gauge was at 42 degrees. It was correct too. This has been one crazy winter!
Oh! And I am so tired that I just had to ask Richard to find the apostrophe for me on the keyboard. I think I need a break!
I just sent my son a one word text...COLD.  I am a woman of few words.  SOMETIMES! HA!
We also have a red headed woodpecker and a red bellied woodpecker. I know them all!
Posted by Kay G. at 8:11 PM