Truly enjoying the Winter Olympics. I LOVED the opening ceremony!  The announcers here made such a big deal about the first "glitch" of the game when the one snowflake didn't turn into a ring and there were four rings and one snowflake. I say, so what...you stay a little snowflake little guy, be true to yourself, it's not that big a deal!

I loved all the color and spectacle of the ceremony, it was right up my alley! And I have to tell you that I was thrilled that some of my favorite Russian artists were mentioned in the dream sequence with the little girl...Chekhov, Chagall and Tchaikovsky!  I wish someone could tell me why it is that Tchaikovsky is looked down upon as a composer of music, I think his music is magnificent.  I loved the ballet Swan Lake that they did in the ceremony and at the end after the flame had been lit, they played the Russian Dance from The Nutcracker. also by Tchaikovsky, of course.  (Although, the announcers had to talk a bit over it and they broke away and we didn't get to hear all of it!)

I found a video for you...can you believe that the water fountain next to the Olympic Flame in Sochi is in perfect timing with Swan Lake!

Tonight, there will be a special celebration of the Beatles on TV, it is the 50th anniversary of their US debut on "The Ed Sullivan Show".  Of course, you know I remember that show!  I wrote about it in a post two years ago, but if you can't remember it, here is what I said...

I love the Beatles.  ...I loved them the moment I saw them on the Ed Sullivan Show in February of 1964. It had been such a horrible time for the country. President Kennedy had been assassinated in November of the year before and that winter seemed very cold and gray. The music in this country had become very stale and dull. When they were first introduced on the Ed Sullivan Show and all the girls started screaming, and I saw their young faces and their long hair, I was hooked. It was like the world coming in color.
This is something that I read recently by the author, Cynthia Rylant, and she has expressed exactly what I felt about the Beatles...

"The Beatles gave me a childhood of sweetest anticipation. Our country was falling apart with war and riots and assassinations, but the Beatles gave me shelter from these things in their music and the dreams they caused me to dream."

We just had the prettiest weekend you could imagine...and we might have another ice/snow storm on Tuesday and Wednesday this week!  This winter has been like a roller-coaster. I guess I will just hang on and enjoy the ride! Hope you all have a great week!


The daffodil below is from this time LAST YEAR...it might be a few weeks before we see this flower, although the green shoots are coming along! 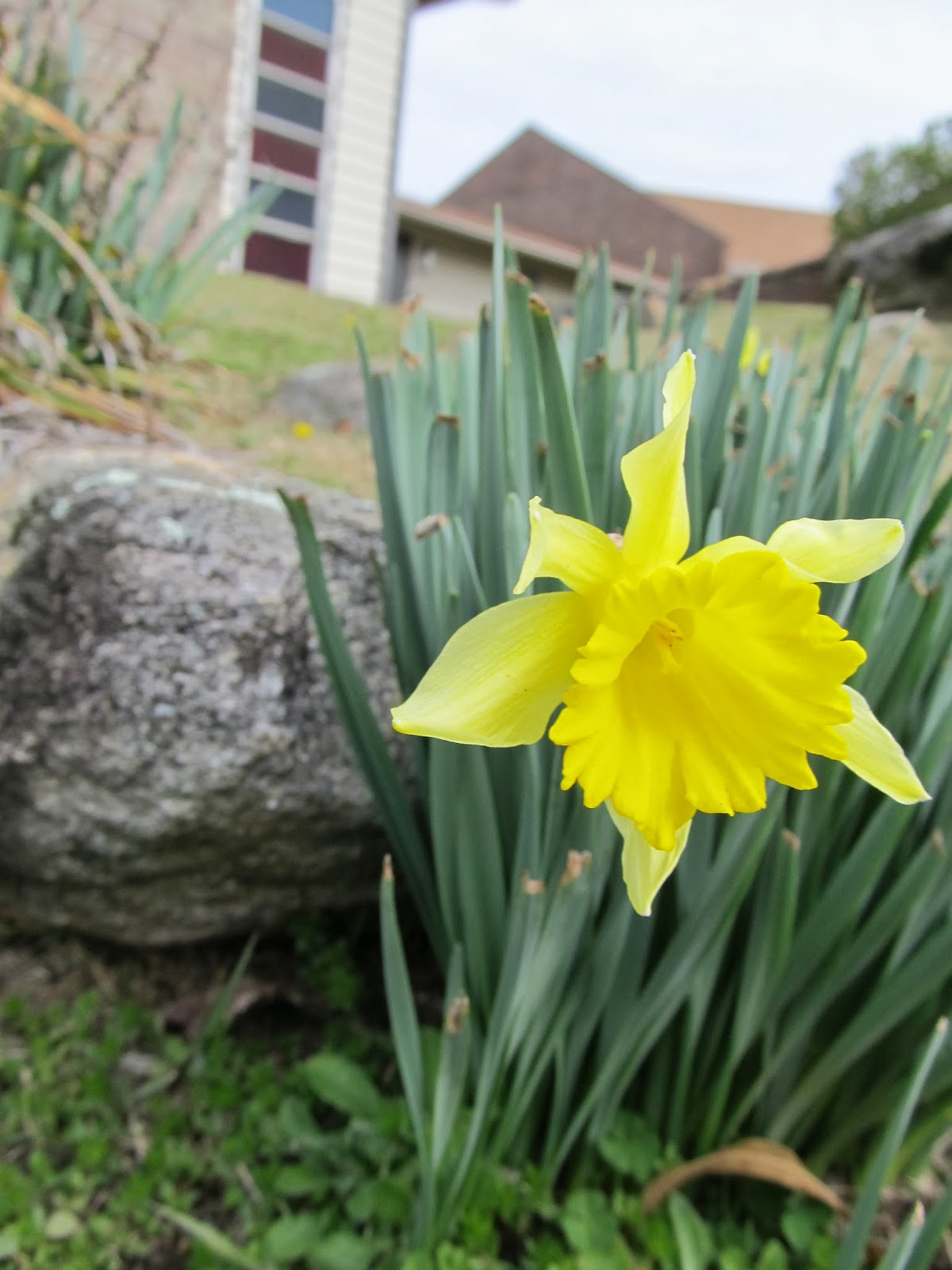