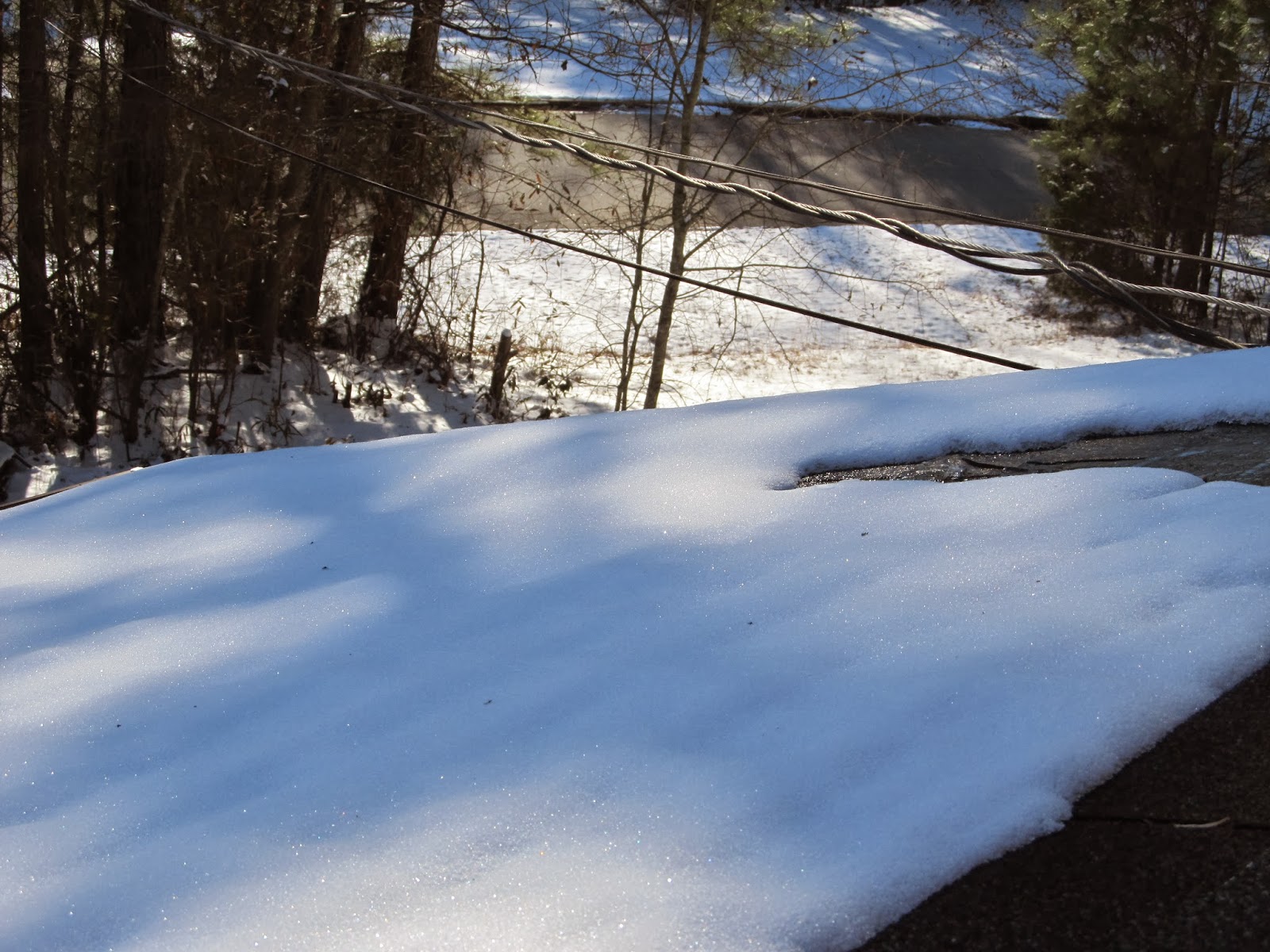 We had snow and ice here this week. (See my earlier posts about it!) Some snow was still on the ground as of YESTERDAY.. 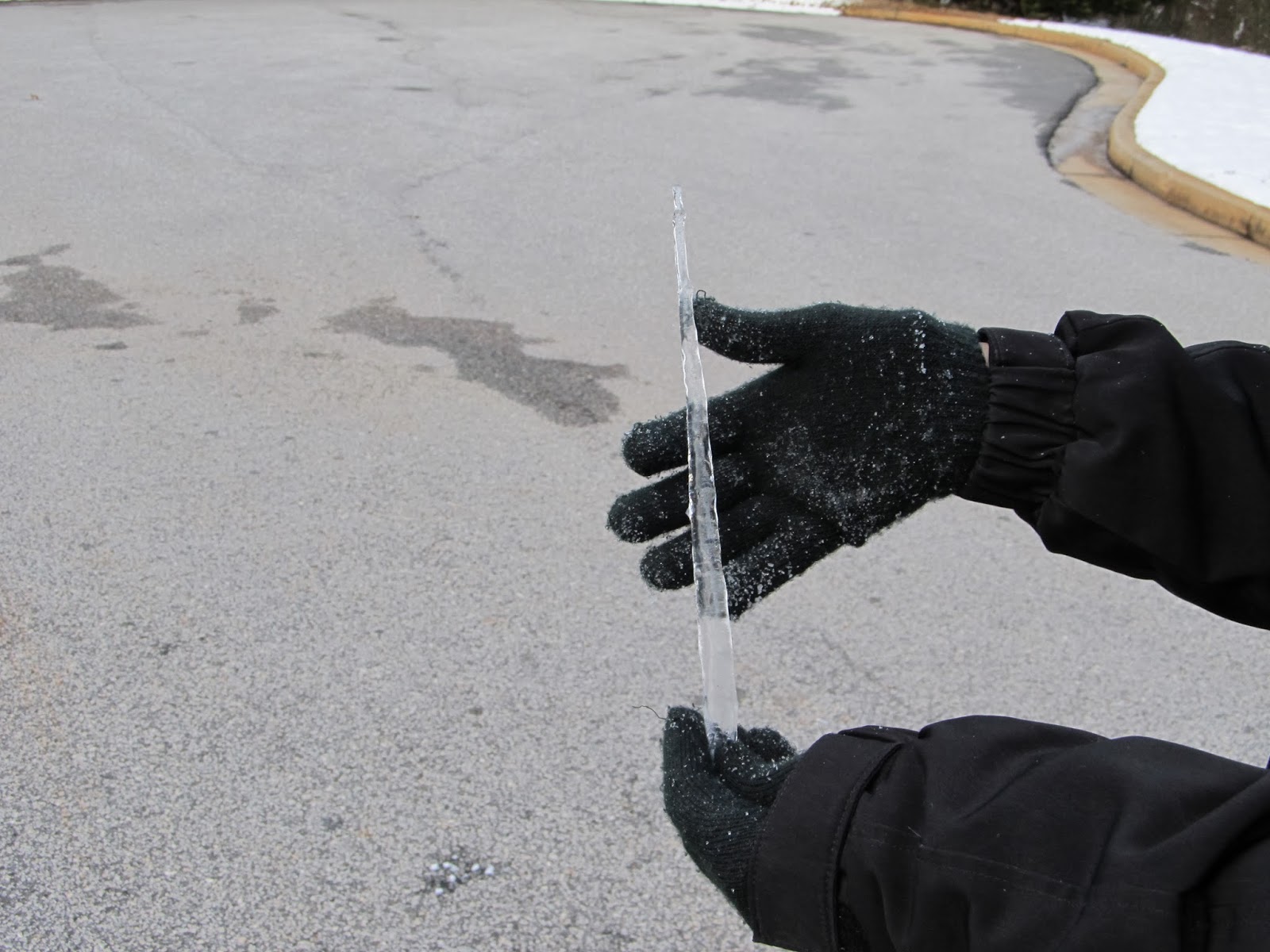 TODAY,  the 2nd of February, it broke a record in Atlanta for the highest temperature for this time of year.  It was 74 degrees! 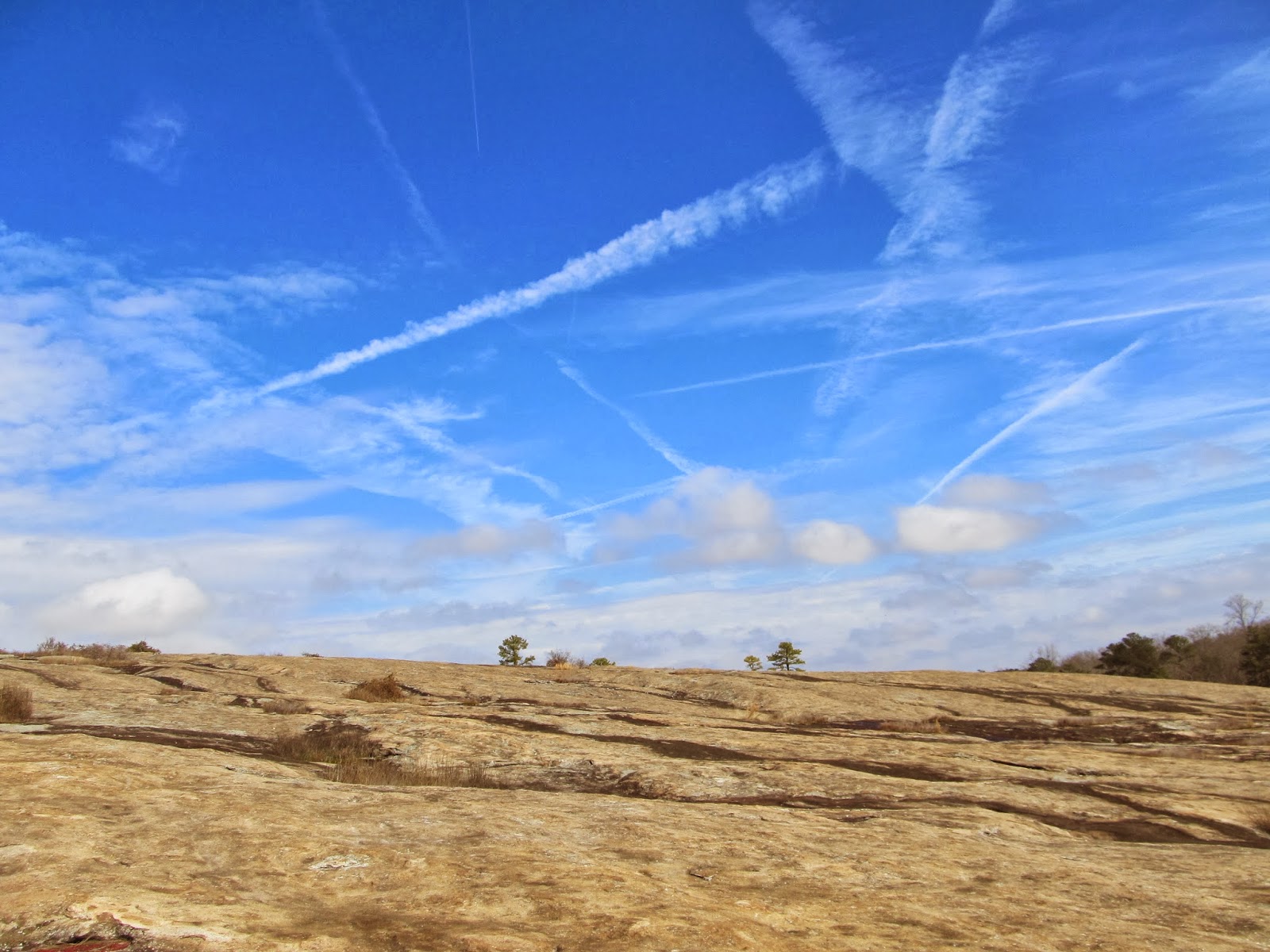 Richard took this photo today at Arabia Mountain.  Look at that blue sky!
You can tell I really do have an English heart, I talk about the weather a lot, don't I? But hey, this is truly extraordinary to me! That photo of me holding the icicle? I have never EVER seen an icicle like that in my entire life, in fact I had to ask Richard how to even SPELL icicle!! HA! (And you know I pretended it was a light sabre from Star Wars, right?) 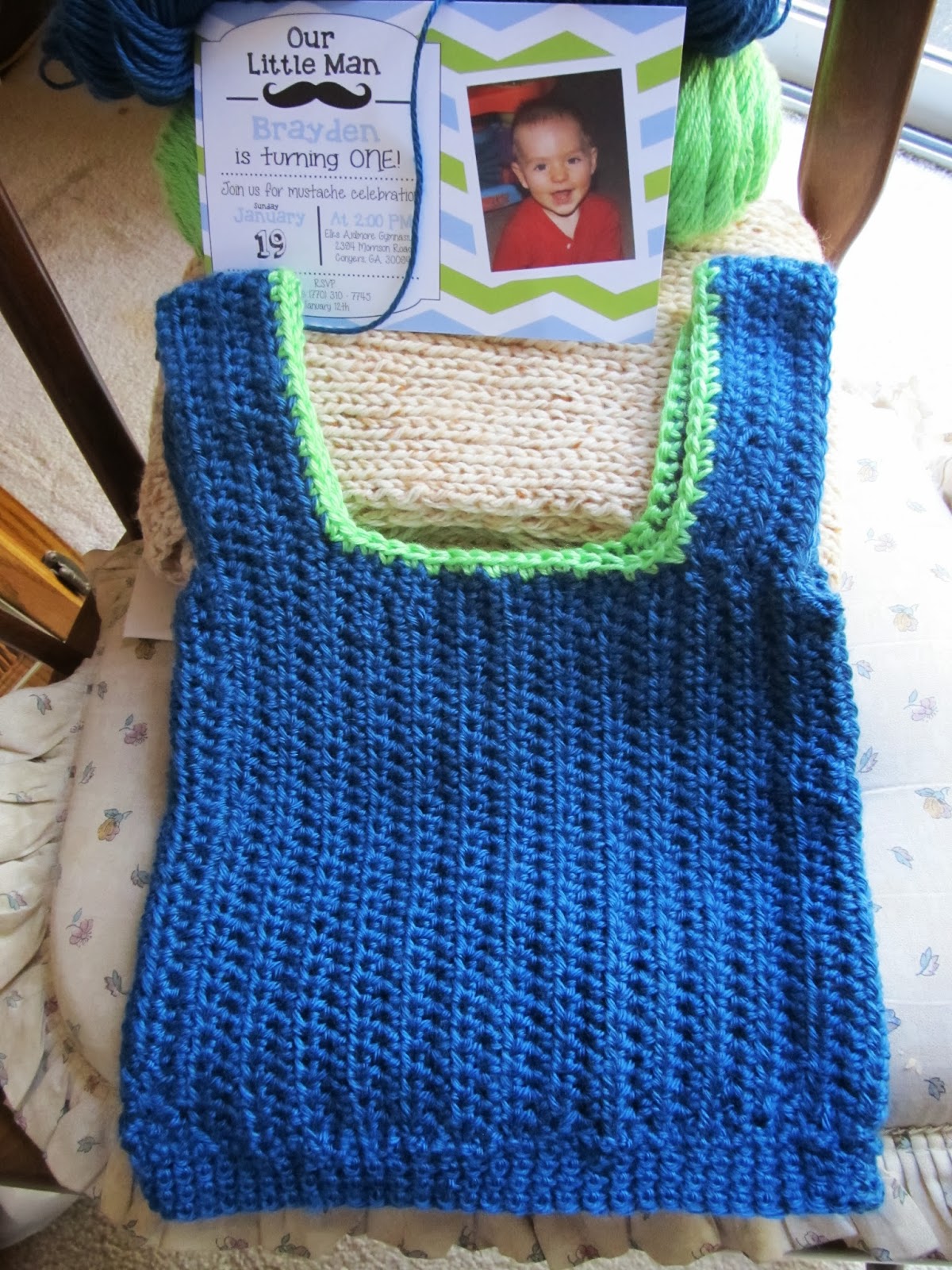 Remember I told you that I had spent a lot of time crocheting a vest for a one year old baby?  This is a photo of it...oddly enough, I made it in the colors of the Seattle Seahawks, and it looks as if they will win the Super Bowl. (I am watching it now as I am typing this, it is a very one-sided game.)  And the ads during the game?  Terrible!  The game isn't over yet, maybe there will be ONE good advert, I live in hope!
I made Richard some gluten free Chex Mix today AND I made a gluten free cake that I called a Cocoa Coconut Cake and it was really good...it reminds me of an Almond Joy Chocolate Bar...hey, sometimes, you feel like a nut!
I miss catchy commercials!  Don't you?
Posted by Kay G. at 8:48 PM