My Thanks To Charles Dickens

Charles Dickens was born two hundred years ago this past Monday.  There was a ceremony to honor him at Westminister Abbey.  You can read about it on the BBC website or any of the British newspapers.  Most of everything that I read was quite nice and respectful except for an article in The Guardian which was titled "Enough of the Charles Dickens hero worship".  You may read it here:   http://www.guardian.co.uk/commentisfree/2012/feb/06/charles-dickens-hero-worship-bicentenary   Well, there ain't no pleasing you, darling.    It is true that Charles Dickens wrote for money.   He knew what it was to be poor  and once you have known poverty, you never forget it.  It is true that he married again but so what, he seemed very happy so I say good for him.   Of course there are wonderful writers from England that we can also honor, but it wasn't the anniversary of their births, was it?  Besides, how on earth can anyone NOT like Charles Dickens?  He only created characters that seem as real to me as people that I have known all my life.  My favorites are "A Christmas Carol" and "David Copperfield".    It pleased me greatly to read that "David Copperfield" was his personal favorite of all the books that he wrote.

Charles Dickens began his writing career as a journalist.  I personally can always tell a journalist's writings simply because they are such good writers!  Even if they go on to write novels, they never lose that mantra which was written by Rudyard Kipling but which all good journalists follow:
"I keep six serving men,
they taught me all I knew,
their names are what and where and when
and how and why and who".

Many of his novels were written in serialized form and I have read that crowds of people would wait at the docks in NYC and Boston for the next installments to come in by ship from England.  These books were meant to be read aloud.  On Feb. 9, 1858, Charles Dickens gave a reading from "A Christmas Carol" at St. Martin-In-The Fields Church hall to raise money for the then struggling Great Ormond Street Hospital in London.  Not only was this a great success and raised a good deal of money but it also brought much needed attention to the hospital so they were able to buy more property and the hospital was doubled in size.

"Without his commitment, there may not have been a Great Ormond Street Hospital, filled with descendants of those first patients". 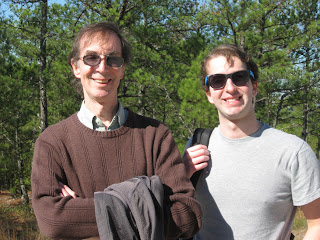 That is a quote from the Historic Hospital Admission Project.  My husband spent a lot of time in that same hospital in early 1960's as a young boy and his mother has always credited the hospital and his doctors with saving his young life.  So, I am very grateful that Charles Dickens helped to save Great Ormond Street Hospital and thereby, all the children who have benefited from that wonderful place, my husband being one of them.  Thank you, Charles Dickens, for writing books that act as mirrors upon mankind and thereby help to make us better people and for saving the hospital that saved my husband.

I would like to think that Charles Dickens would appreciate Chas and Dave.  He seemed to enjoy good times.