Little R. and Little C. and The REAL Santa 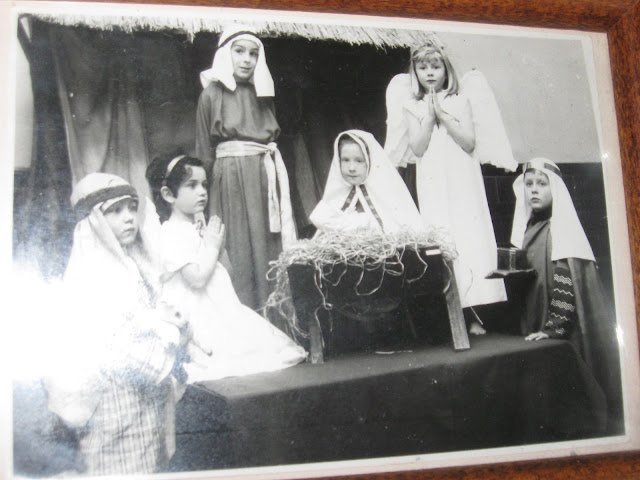 This photo was made in 1962 at Oval Road Primary School in Croydon, England.  The tall Joseph is my husband, Richard, looking a bit shy, don't you think?  Don't you love all these children's faces?  I wonder where they all now?  Wouldn't it be wonderful if someone recognized them and let me know?

By the way, did anyone hear the story from Ireland about the letter that was found in a chimney that a child had placed in there for Santa Claus?  The letter was dated 1911!  It was found during a renovation a few years back but the owner just made it public.  A man who lived about a hundred miles away read the story and realized that it was written by his own mother. She had passed away years ago, so what an amazing and wonderful gift it was for the gentleman.   I read it on the BBC website.   Here is the link, www.bbc.co.uk/news/uk-northern-ireland-16301048
I have been holding onto a letter from 1997 that our son wrote to Santa Claus.   He put a stamp on it and mailed it, but since he put his return address at the bottom of the envelope, it was returned to us in the mail! I carefully put it into one of my Christmas books...should I open it this year and tell you what it says?  Should I wait and give it to him and let a future grandchild open it?  What do you say?  My friends say they can't believe I could hold on to it for all these years, but I have always loved anticipation! 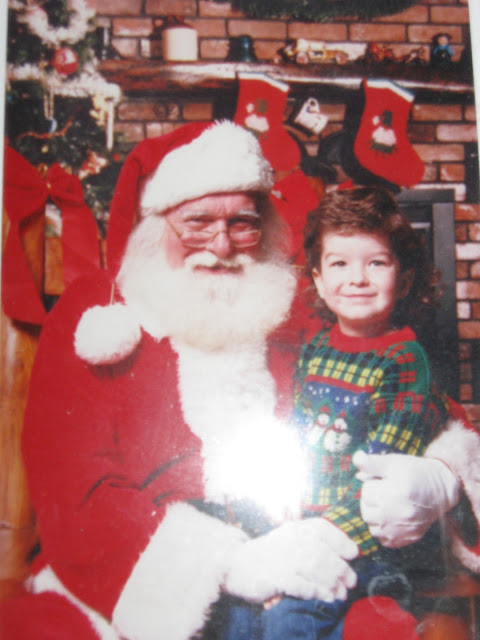 This photo is of our sweet little son when he was three years old. He is all grown up now having  just turned 22!  Just look at his face, he was always very excited to see Santa Claus! Now, this Santa Claus was our "local" Santa.  We took our boy to the Mall and had his photo made with the very slick professional looking Santa and little C. then asked us when would we go to see the "real" Santa.  What we didn't know is that this Santa was Bernie Bourdon.  Originally from Montreal, Canada, he moved to Georgia after he had lost his wife. (They had been living in Florida).  He planned on becoming a monk and lived for a time at the Monastery. (I have mentioned the Monastery before in my earlier posts in September.)  Once there, the monks advised him to think and to pray upon his decision to become a monk since he was so outgoing.  Bernie began to work with as he called it "the homeless and the helpless".  He began a company called "Tech-Able" which was for disabled people to adapt and modify toys and electronics so as to be able to sell them.  Also, he started the  "Meals On Wheels" program which is still run by several churches today, but Bernie Bourdon is the one who first began this program.  Bernie won several awards for all his work.  There is a bridge named after him now in this county.  He passed away a few years ago but we still have our memories of the REAL Santa!  Just look at that photo of his face and see if you don't see the kindness in his eyes.  He would take little C's hands into his very large hands and say, "Remember, this Christmas, how much your Mommy and Daddy love you".  At the time I didn't know that he had planned on becoming a monk, I just felt that I was in the presence of someone very special and our son knew that too.
Oh, and in one of my earlier posts, I said that I didn't like a lot of the Christmas music with all the runs and trills.  Well, this week I listened to every bit of it that I could, and I love it from the most serious to the silliest, I love it all!  I wish everyone all the joy in the world during this most special time of year!
Merry Christmas to all!