Recently, I felt so "homesick" for London that I wrote down the names of the bridges that I know that cross the Thames....

Tower Bridge, London Bridge, Southwark Bridge, Blackfriars, Waterloo, Hungerford, Westminster, Lambeth, Vauxhall.  There, I think those are in the correct order.... I am walking across them in my mind.

I find myself looking at that list as I see the lines (queues) alongside the Thames of all the people making their way to pay their last respects to the Queen.  So many! And it is heartwarming to hear how a great many of them have made friends with each other. At the same time here in Georgia, in the USA, our native plant, Euonymus americanus, has gone to seed.  It is most perfectly called "Hearts a busting" and I am happy to say that we now have several in our own garden.   So, "hearts a busting"...that seems appropriate to think of how many might be feeling regarding the passing of Queen Elizabeth.  Sad but also very thankful for her life, with full hearts that feel as though they could burst.

At the Memorial service for the Queen in Edinburgh they played the hymn "The Lord's My Shepherd" with the tune of "Crimond" being used.  I wondered about that tune and so I looked it up.  (The same hymn with that same tune was performed at the wedding of Queen Elizabeth and Prince Phillip by the way.) Crimond is a village in Aberdeenshire, Scotland and the tune was written by the teenaged daughter of the vicar from the church in that town in 1871.  Her name was Jessie Seymour Irvine.  You might see the hymn in some places with the composer of the melody listed as David Grant.  It seems that Jessie Irvine had asked him to work on a portion of the tune (to reharmonize it for her) and somehow, his name was listed as the sole composer.  Jessie Seymour Irvine died in 1887.  It wasn't until the 1940's that letters emerged showing that she had indeed written the tune and David Grant had only provided the harmony. There is still some controversy regarding this.  I am in the Jessie Seymour Irvine camp!

Also, if you look up any info about the church in Crimond, you may see they have a clock that has an extra minute with the inscription, "The hour's coming". Oh! And they also have a fish shaped weather vane!

Now, I am sure that this same hymn, "The Lord's My Shepherd" will be played for the funeral of Queen Elizabeth on Monday.  When you hear it, you will remember that the tune was written by a young Scottish woman, Jessie Seymour Irvine.  (David Grant did the harmony!)

Hopefully, you can hear the video that I have here for you!

NOTE:  There is a hymn at the beginning of the TV show "The Vicar of Dibley".  That is also the 23rd Psalm but it is sung to a different tune. 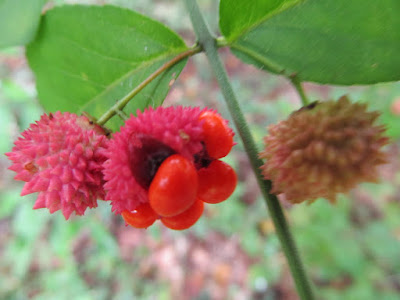