"It is the brain, the little grey cells on which one must rely."

The quote above is from Hercule Poirot, the Belgian detective created by Agatha Christie.  It is true, of course... we must keep our brains ticking!  Do you like to do word puzzles? I do! I have often enjoyed crossword puzzles and also, making words out of just a few letters...so, when Richard got us a weekend subscription to the New York Times, I was pleased to learn that it also gave us access to the Crossword puzzle, the Mini Crossword puzzle and the Spelling Bee! (To be honest, I never have time to do the long crossword, but I am very good at the Mini Crossword and the Spelling Bee. Oh, and the Boxed Letters, I am BRILLIANT!)  A software engineer by the name of Josh Wardle (remember that name!) liked the Spelling Bee game very much also.  (You are given 7 letters to make words. They are in a shape of a hive, the middle letter being in yellow, and that letter must be in each word.)  Josh Wardle and his partner enjoyed playing it together, just as Richard and I do!  In fact, they liked it so very much that he came up with a different game and in a play on his name, he called it "WORDLE"! It is a game where you must guess a five-letter word in six guesses. This game was just released in October of 2021 and yet, it is now enjoyed by millions, and it is still free for everyone. (As I type this post that is true, I am not sure for how long that will be so.)  The interesting thing for me is that Josh Wardle is a Brit (born in Wales) and some of the words might be more familiar to British/English speakers! Having said that, all the words seem to be quite easy.   Here is one word that was used - "M-I-D-G-E".

How that amused me! I didn't think of that myself (Richard got that one) but of course, I well remember Graham and his friend Pat talking of the midges that drive them crazy on the Isle of Lewis, Outer Hebrides in the summer! (I am not familiar with midges myself. We might have them in Georgia, but it would be the MOSQUITOES that you have to watch out for, the blood sucking little MONSTERS.)

Oh dear, let me get back to the gentle subject of word games and not think of dangerous insects.... So, do any of you play Wordle? I'm sure you do! If not and I get you "hooked" on it, you will thank me, if you like these kinds of games! I first heard of the game back in February.  There was a story of a woman who lived in Chicago who was being held hostage in her own basement.  The woman lived alone, yet the police had been called to check on her. Why? It was because her daughter (who lived on the West Coast!) had not received a text from her mom letting her know her mom's daily Wordle score. The woman was rescued!

So... maybe that daily Wordle habit is not a bad one to have and if it helps to keep our brains in fine fettle, I am a fan.

Here is a shout out to our friends in England, Henry and Sarah! We love that you also enjoy Wordle! Who knows, by the time we see each other again you might be able to have the Wordle game in a board game! Oh yes, you know HASBRO had to get in on the fun.  You may read about it  here!

One more thing...and I know I drive y'all crazy about films but Josh Wardle has a brother, Tim Wardle who is a film director! "Three Identical Strangers" is his 2018 documentary about identical triplet brothers adopted at birth by different families. They discovered each other at the age of 19, just by chance in 1980. I really liked this movie! And to find out that the director is related to the man who invented "Wordle"...isn't that interesting? 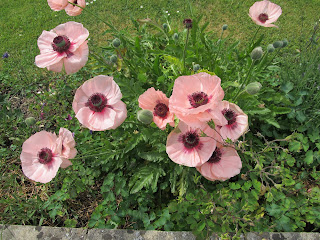 Here's a five letter word for you... 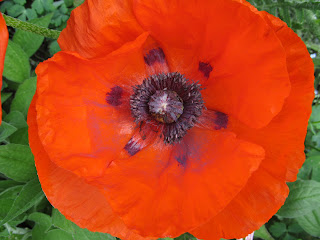