I Can Hear Music 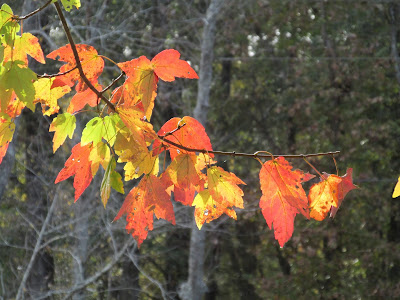 November! We have our autumn now in Georgia and the leaves are showing their true colors.  During some of my sleepless nights lately, I have been re-reading a book, "The Nearest Faraway Place" by Timothy White.  I have told you about this book before in a post several years ago.  Hey! I just looked and I mentioned the book back in 2013. You may read it  here.  (I didn't own this book but I spoke of it with such longing that my dear son searched for it and gave to me as a gift!)

The title of the book is from a song written by Carl Wilson. And HE got the title from a magazine article written by Shana Alexander, from Time Magazine.  Anybody remember Shana Alexander? She used to be in 60 Minutes in the 1970's with the Point/Counterpoint segment and it was made even more famous with Chevy Chase parodying the male viewpoint on Saturday Night Live.  (And yes, I am so old, I still call it that...nowadays it is just SNL.)  Anyway, Shana Alexander was a really interesting person.  She was a great journalist and a very good writer. (I read her book that she wrote about Jean Harris, the woman who murdered the Scarsdale diet doctor, "Very Much A Lady".  I thought it was very well written.) Shana Alexander's father was Milton Ager, a well known songwriter...he wrote the music for "Happy Days Are Here Again" and "Ain't She Sweet".  (He also wrote "Everything Is Peaches Down In Georgia". You know I love the sound of that one!)

Now, back to the Beach Boys and Carl Wilson.  The Beach Boys originally consisted of the brothers Brian, Carl and Dennis Wilson along with their cousin, Mike Love and a friend, Al Jardine.  Sadly, Dennis died in 1983 and Carl passed away in 1998.  When Brian Wilson withdrew from the group in the 1960's, Carl took on the role of band leader and musical director for the group, both in their live performances and also in the studio.  Some of their biggest hits were with Carl singing the lead..."Good Vibrations" and "God Only Knows".   One of my favorites with Carl as the lead vocal is the song,  "I Can Hear Music".  (And Richard just told me that it is one of his favorites too!)

Listen to it and let me know if you like it as much as we do!

Okay, now it is time for bed! 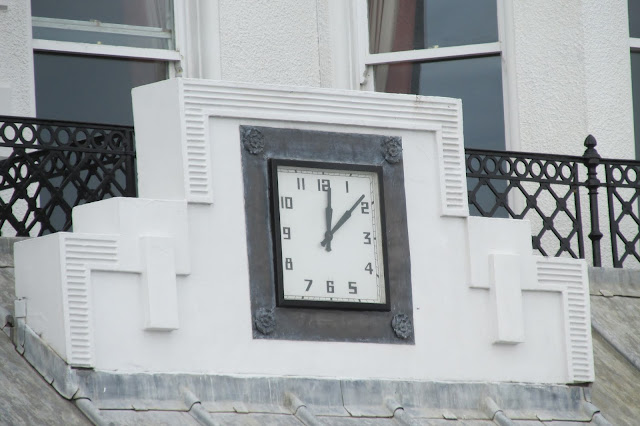 (Clock at the Langham Hotel in Eastbourne, England)