Richard and I saw the movie "Risen".  We both thought it was worth seeing and found it very moving.   The actor who played Jesus is Cliff Curtis and he is a Maori from New Zealand.  Raised as a Catholic, his stock answer for which role he would most like to play was always the same : Jesus.  Since there is a certain "type" when casting this role, he never thought he would be considered and when he was offered the role, he thought it was a joke!  (He has played quite a few "bad guy" characters, so he was quite surprised to get this call and also since he is in his late 40's, he thought he might be considered too old for the role.)   As the filming began, Mr Curtis felt that he wanted to be on his own so that he could bring a certain truth to his portrayal, he spent a great deal of time in meditation on the set and didn't speak with his co-actors.  When the director suggested that he might want to interact with those who would play his disciples in the movie, he agreed to do so and he did this by an unusual act.  When the actors sat down for a lunch break, Mr. Curtis knelt down beside them, one by one, and began washing their feet.  When I read this, it made me want to see the movie even more!  And even though, the story itself  is from the viewpoint of a Roman soldier and not really a Biblical movie,, I still kept waiting and waiting to see Jesus.  ("We wish to see Jesus"...that is Biblical, you know!)  Okay, I hope to not spoil it for you, but the scene where the disciples are found in the upper room, that is worth the whole movie, in my opinion.  It's possible that I held my breath during that part, I thought it was amazing.

Remember when my Dad was in the hospital?  I rushed to get to his hospital after I got off work one day and when I walked into his room, and saw him sitting up on his bed, I looked down at his feet and they looked very dry to me.  What did I do? I immediately knelt down and took a lotion from my handbag and began rubbing it on his feet.  When I smelled the floral scent of the lotion, I was struck by the memory of Mary rubbing the nard, I think it was called on the feet of Jesus...

Then Mary took about a pint of pure nard, an expensive perfume; she poured it on Jesus' feet and wiped his feet with her hair. And the house was filled with the fragrance of the perfume. 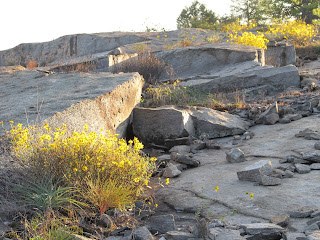 
Easter Blessings to you all.


Anybody remember my post about Wendy Bagwell and The Sunliters? My Aunt Jean, who was a gospel singer, sang backing vocals on the song "When The Wagon Was New".  I have this song on here as a tribute for her, she passed away yesterday.  May she rest in the Peace of the Lord.