Wait, that could this post be all about?  Oh, but you MUST read it, wait until you see the EMPTY boots photo, it's a bit spooky!  It is all about  London's square mile and you may find it just here!

Years ago, when I was first writing to Richard, he sent me a book, "Undiscovered London" and much of what is mentioned in the article was in that book. (Although looking at the book now, so many of the buildings are no longer there!)

You will notice from the film clip that the mayor is wearing a gold necklace. Now, here is the thing...all the mayors in England wear those. Yes, it's true!  Look at this photo of Sir Thomas More... do you see that is the same type necklace/medallion?  Okay, to my American eyes, this looks like a necklace but it is actually called a livery collar or chain of office. One of the oldest is Collar of Esses and has been in continuous use since the 14th century- that is the collar that you see on Sir Thomas More.

A livery collar or chain of office is a collar or heavy chain, usually of gold, worn as insignia of office or a mark of fealty or other association in Europe from the Middle Ages onwards.

The livery collars are not only worn by British and Irish mayors but also, by the mayors in Canada, New Zealand, and Australia, which you might expect, but also, in the Netherlands, Norway and Germany!

I saw on the BBC today that there were high winds in England and for those flying into the London airports, many flights were cancelled and some of the incoming flights were diverted to other airports.  When you have dear ones who fly to England, you have to pay attention to these kinds of things!  Hope all my English friends are okay! (I say English, because it looks as if Scotland missed this wind!) 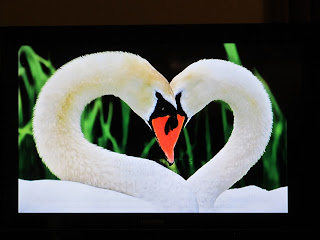