In my last post, I told you about a wonderful TV show about a black rhino.  And then, I showed you a video which had some great photos of the amazing animals in Africa, one of them being the elephant.
Do you know what you get if you cross an elephant with a rhino?  The answer will be at the end of this post!

One of the main points of the rhino documentary that I told you about was that the rhino is an endangered species due to illegal poaching.  Hopefully, if enough people care then this species will not become extinct the way that others have gone before, like the Passenger Pigeon in this country.

The Audubon Society have a program this year to draw attention to the Passenger Pigeon to make people understand the very real possibility of the extinction of animal species.  They have asked for people to make birds from paper and to pose these origami pieces all over the country.  "Fold The Flock", is what they have called this, and they are hoping for one million by September 1, 2014.  It looks as if they might not make the one million, but you might guess that Richard folded a paper in the form of this bird and that we took it with us to one of our favorite places...Arabia Mountain. 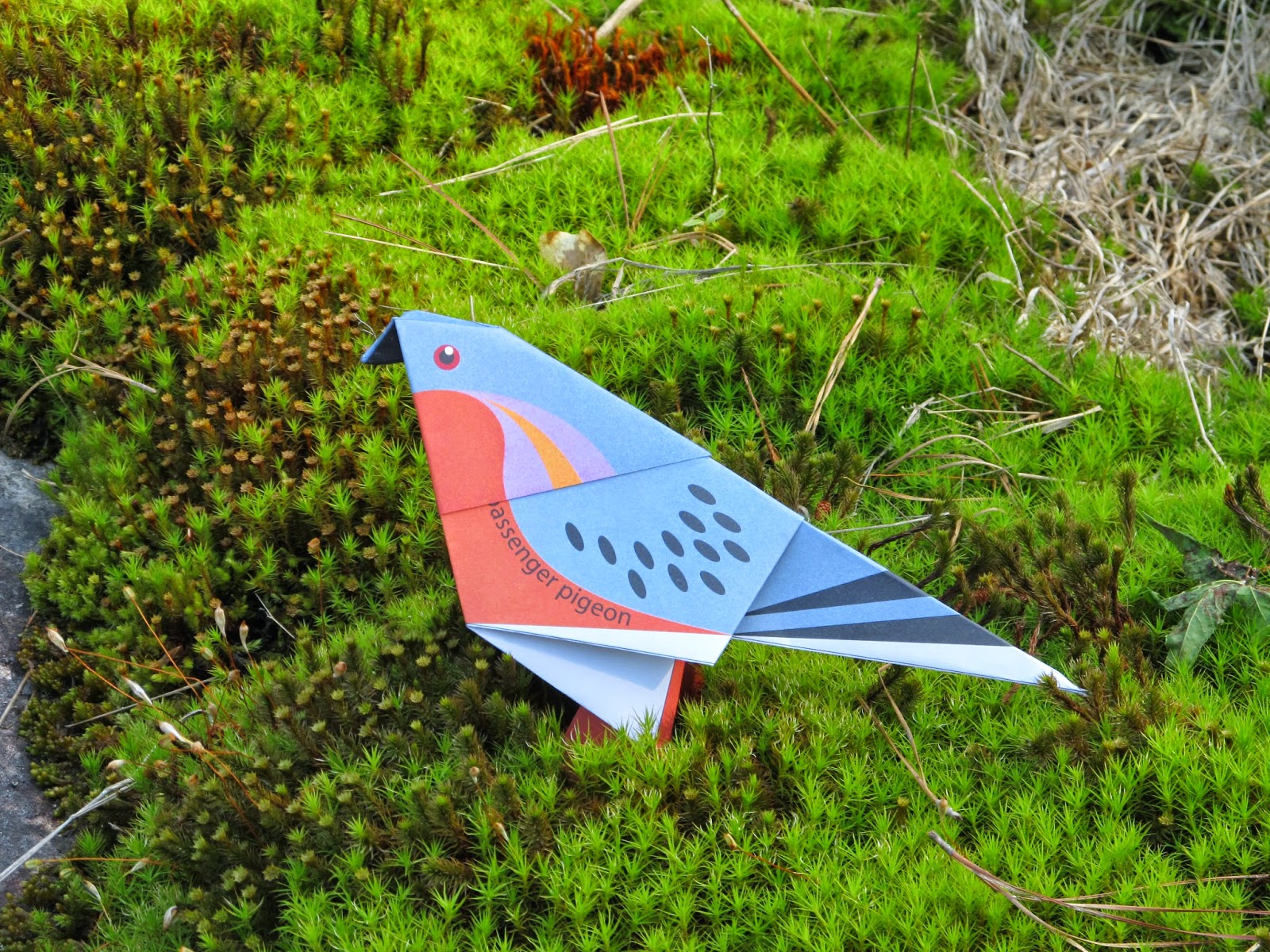 HEY! Wouldn't you like to make one of these birds and pose it in a pretty spot like we did?  You can do it! You may download the image and then you too can "Fold The Flock"!  This would be a great thing to do as a family, I should think!  You may find the information about it just here.  Please, let me know if any of you do this, I think it is a great idea. 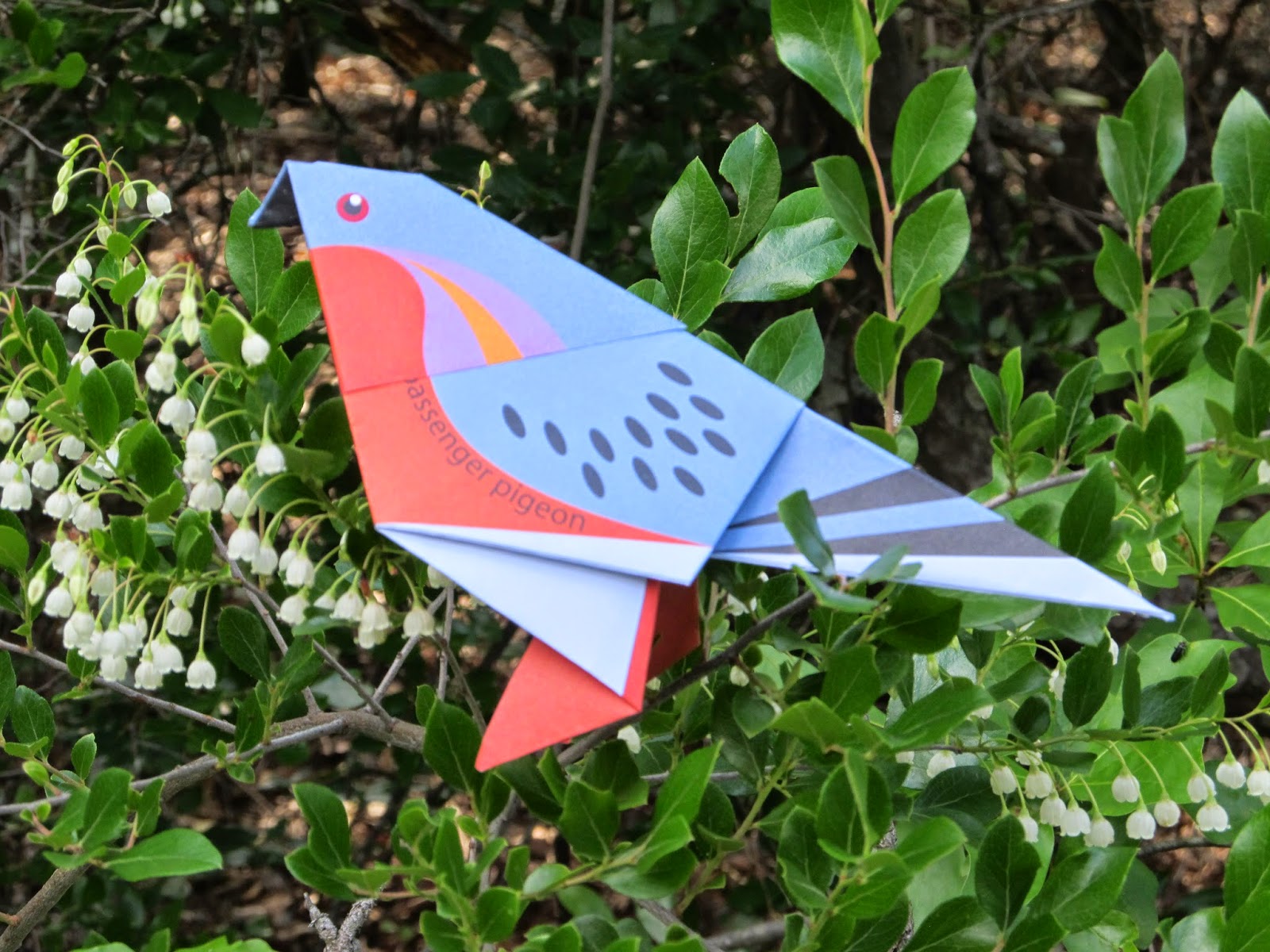 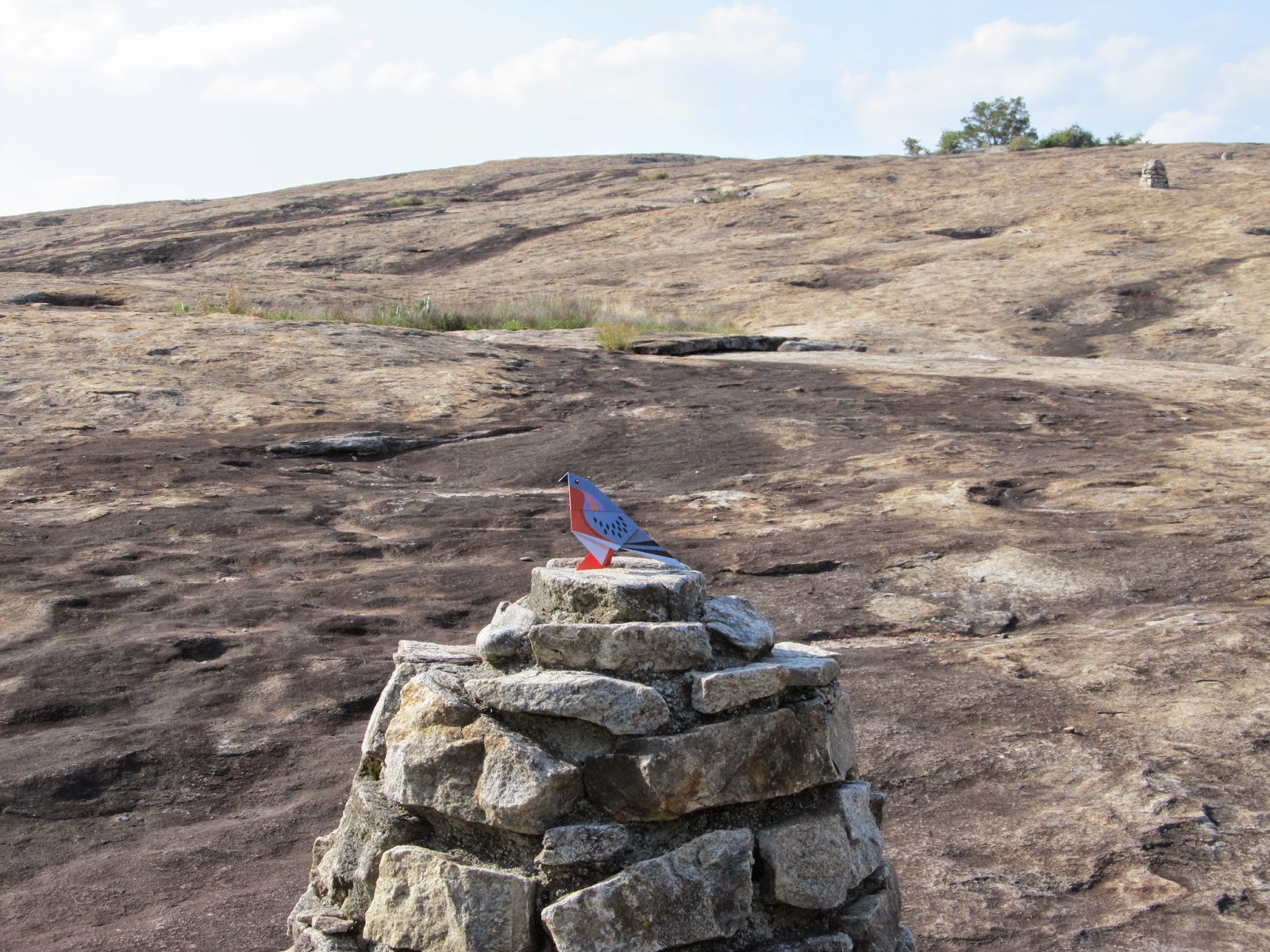 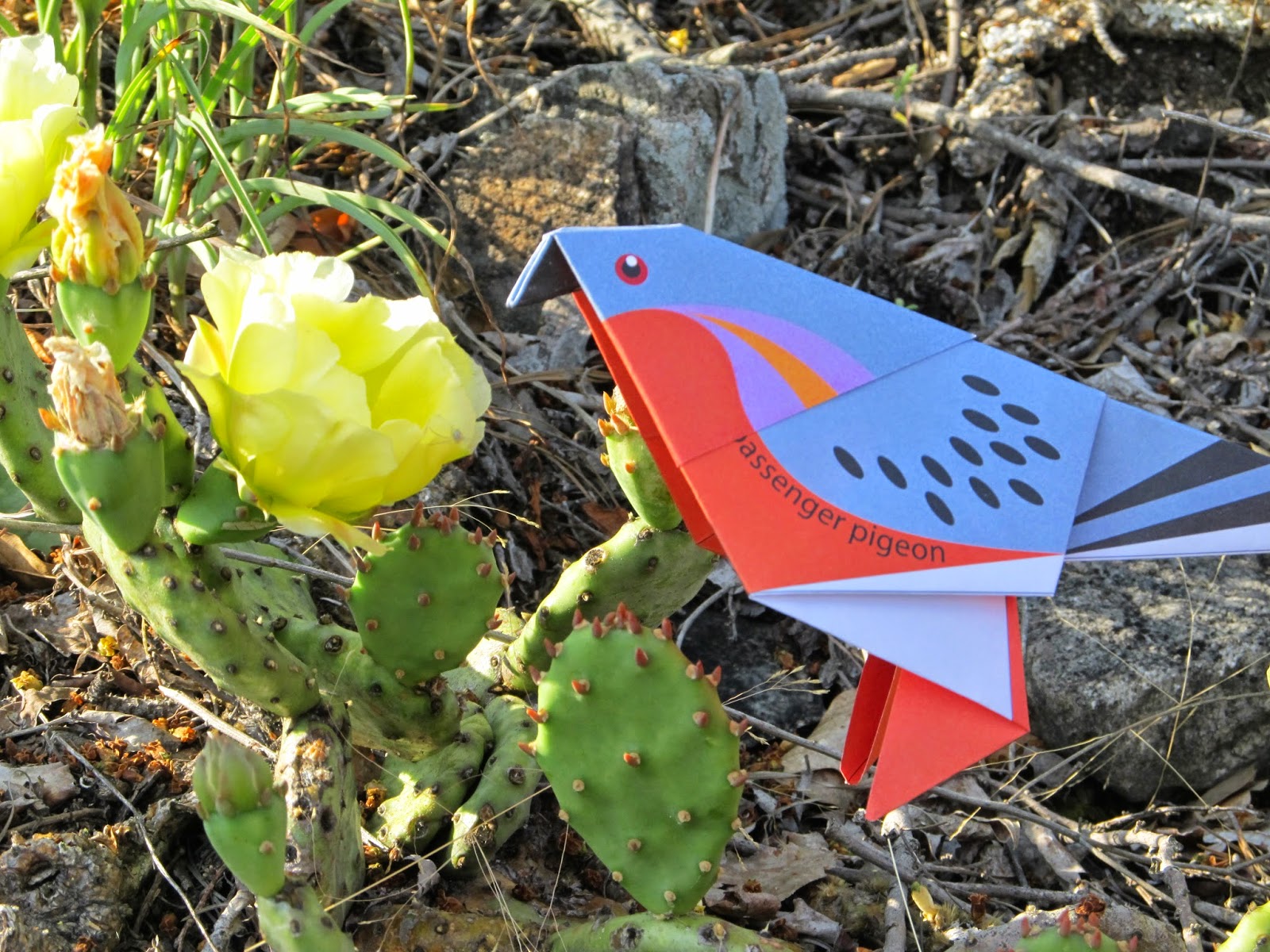 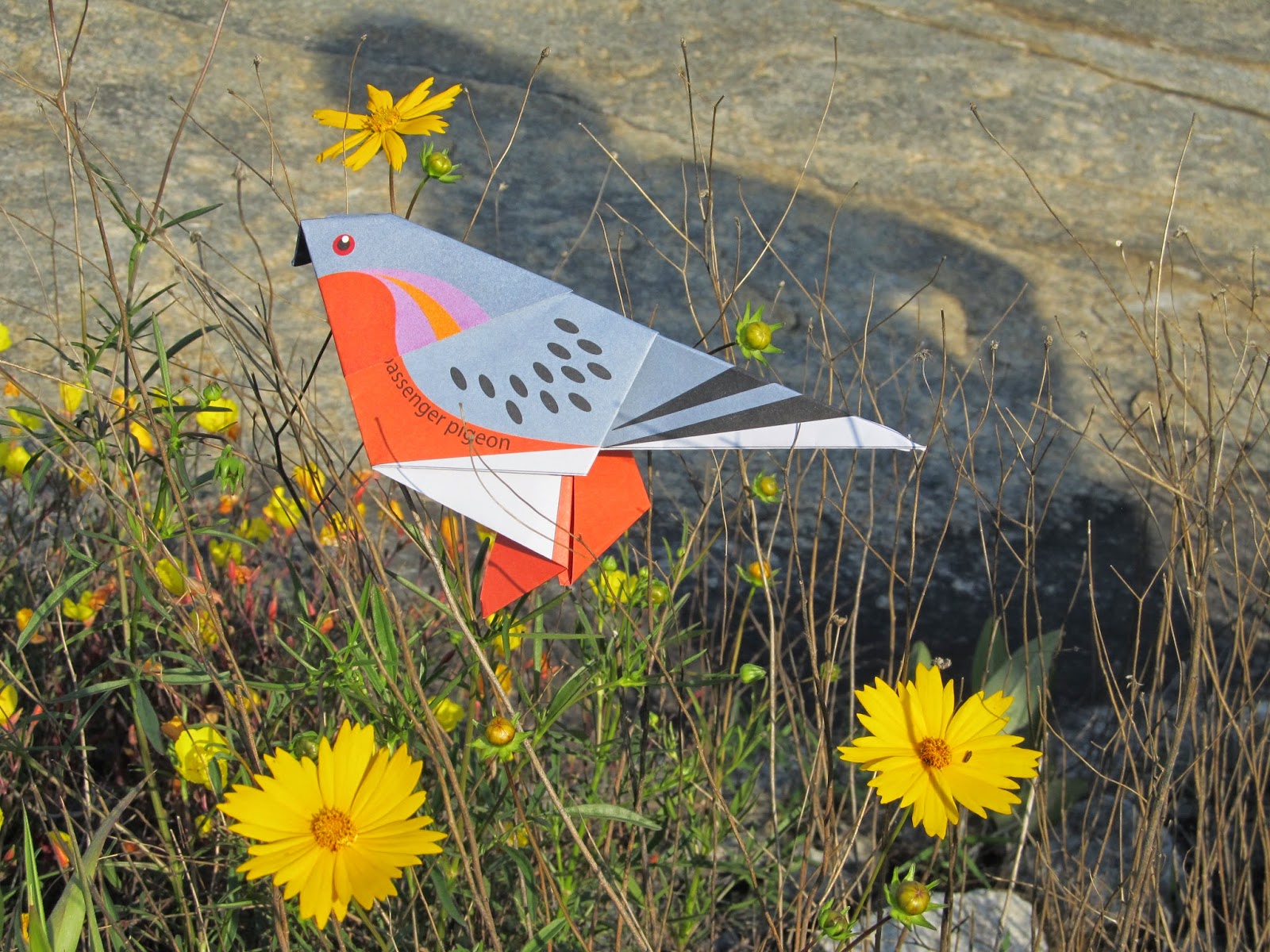 Here is our Passenger Pigeon posing with the coreopsis on Arabia Mountain.  This is my shadow on the rock and can you see that I have my hand on my hip and that it forms a heart shape? That is perfectly fitting since I love birds so very much.