Summertime In Georgia!/ In The Summertime by Mungo Jerry 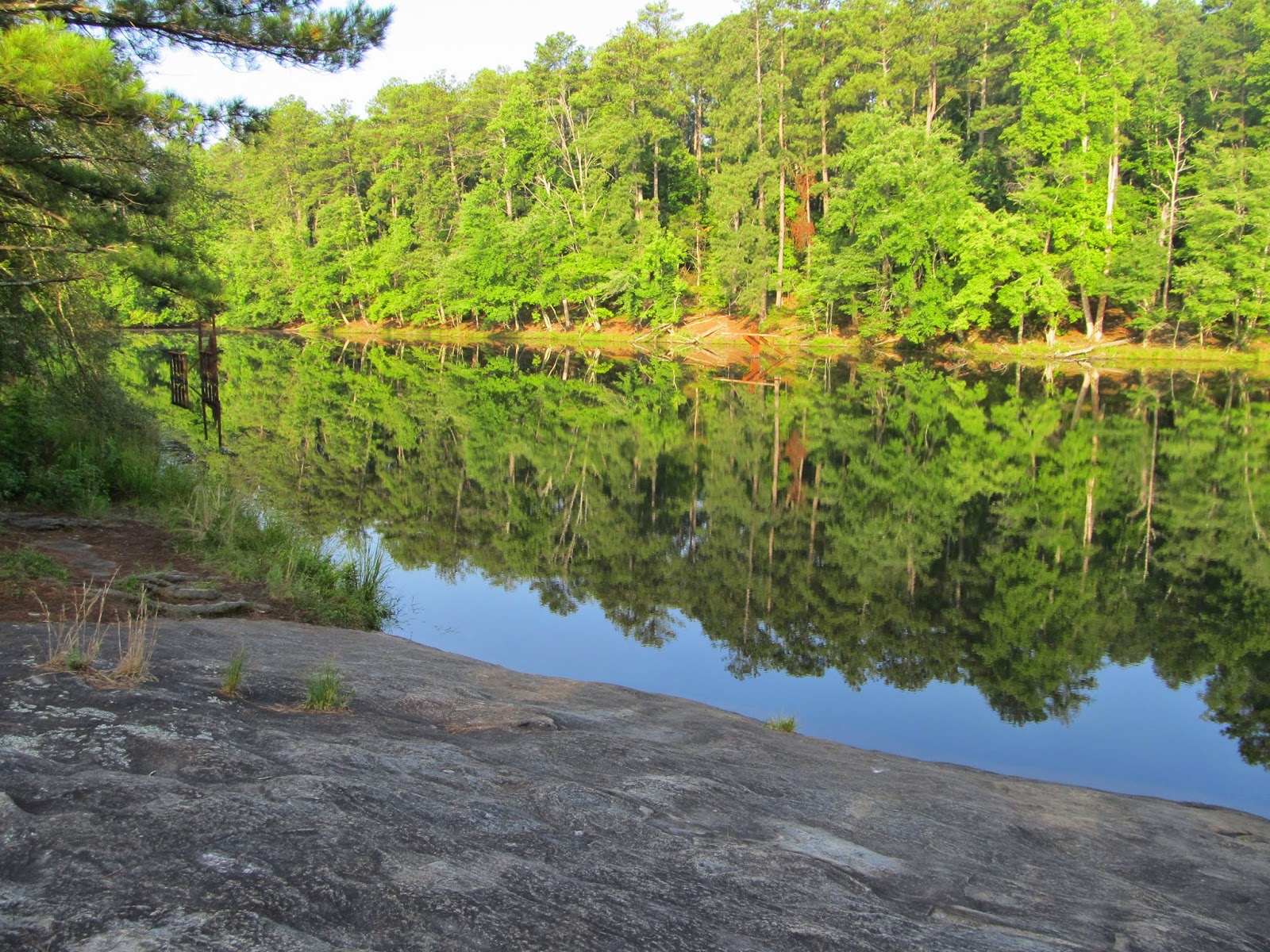 There are two lakes at Arabia Mountain and this one needs to be called Mirror Lake if you ask me!
Since it is the summer, it is a good idea to walk early in the morning. It is in Georgia anyway.  A few weeks back I was able to go on a walk with Ranger Robby at Arabia Mountain.  Thanks, Robby, I look forward to another walk with you and I hope that Richard will be able to come on the next one! 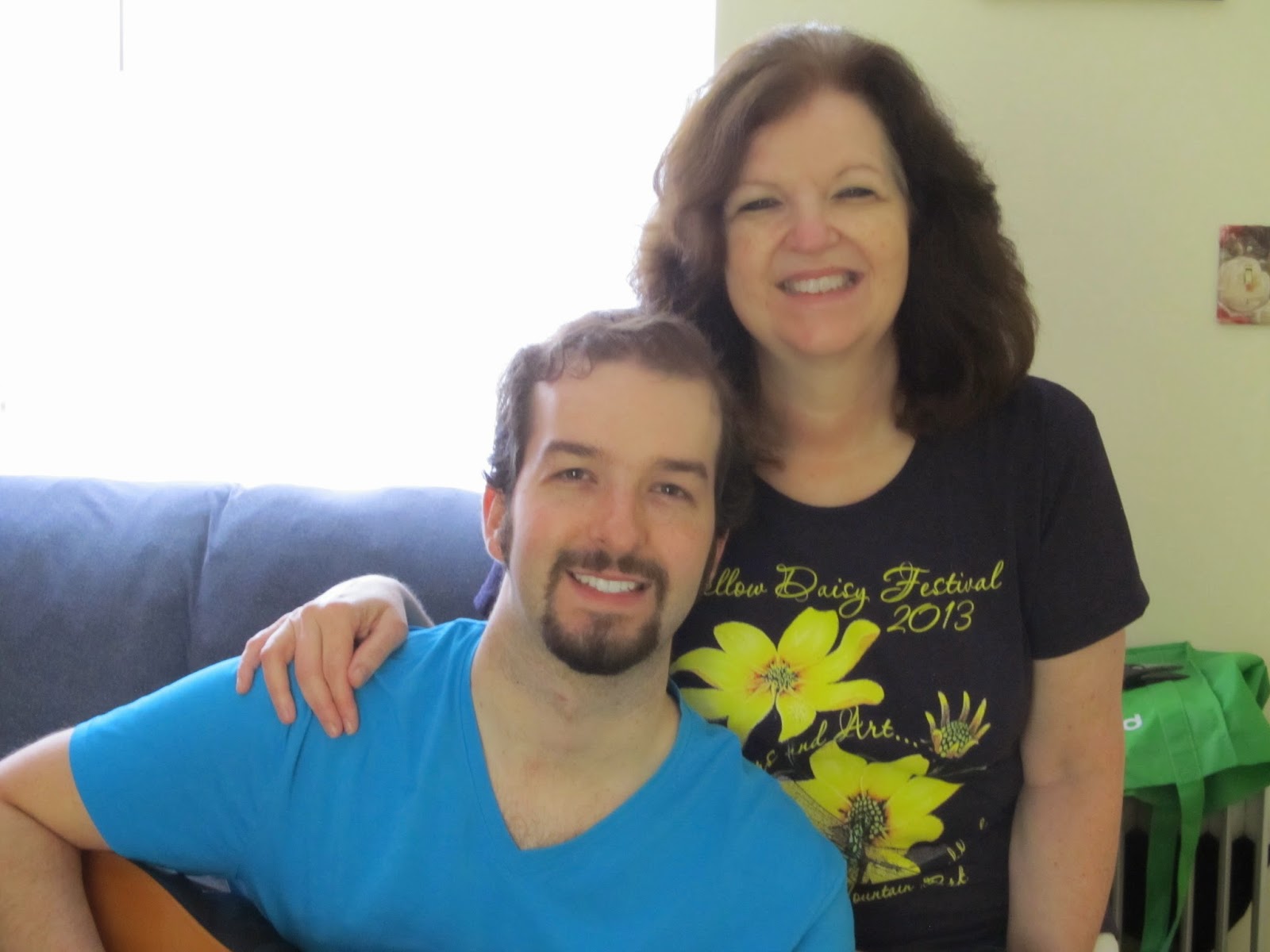 Remember that I told you that our son loves his music? He came for a quick visit and the first thing that he did was to pick up Richard's guitar and start playing it!  It was a warm weekend so it was a good idea to cool off... 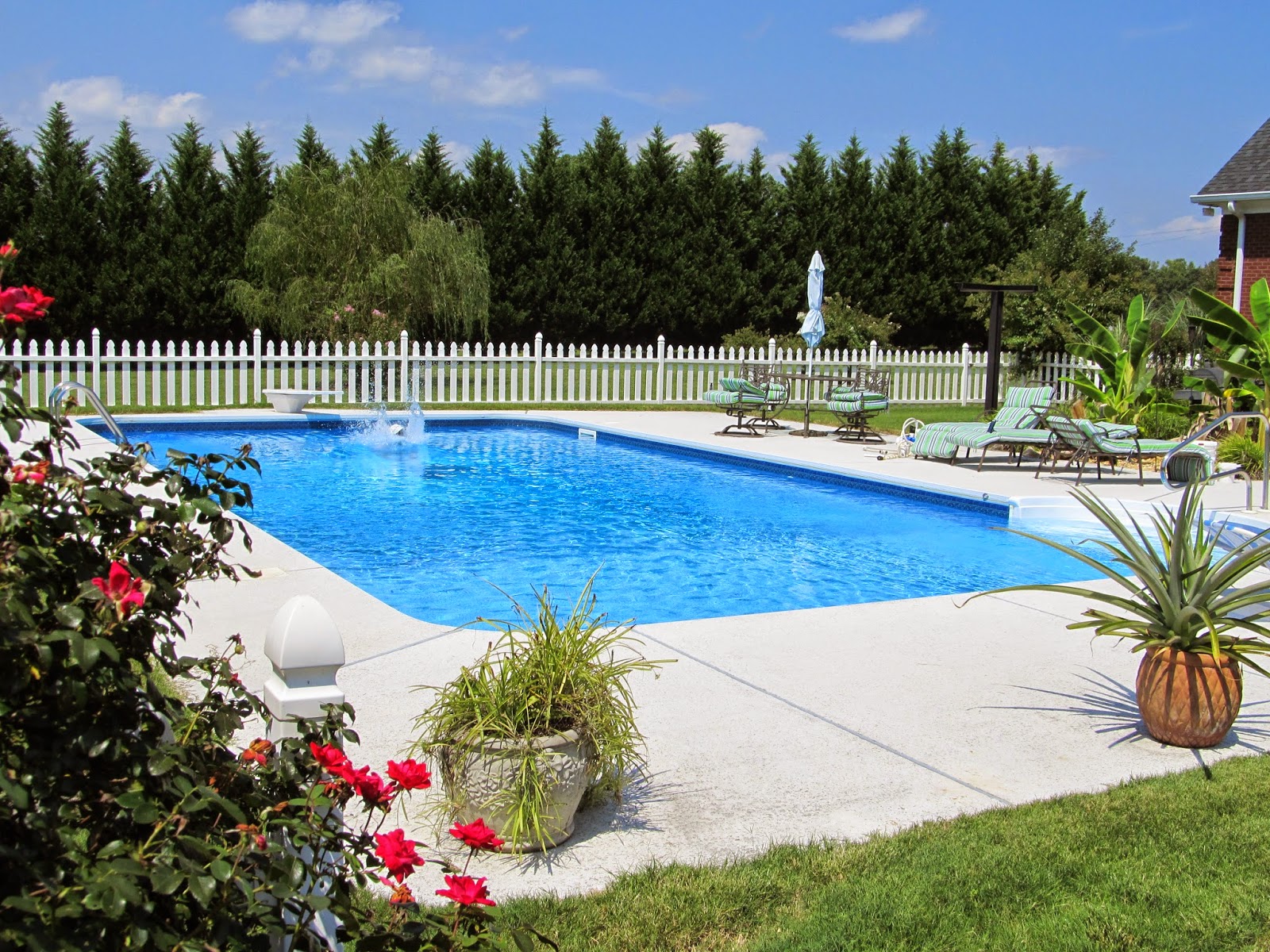 That's Christopher, can you see him?  He has dived into the pool, you can see the splash! 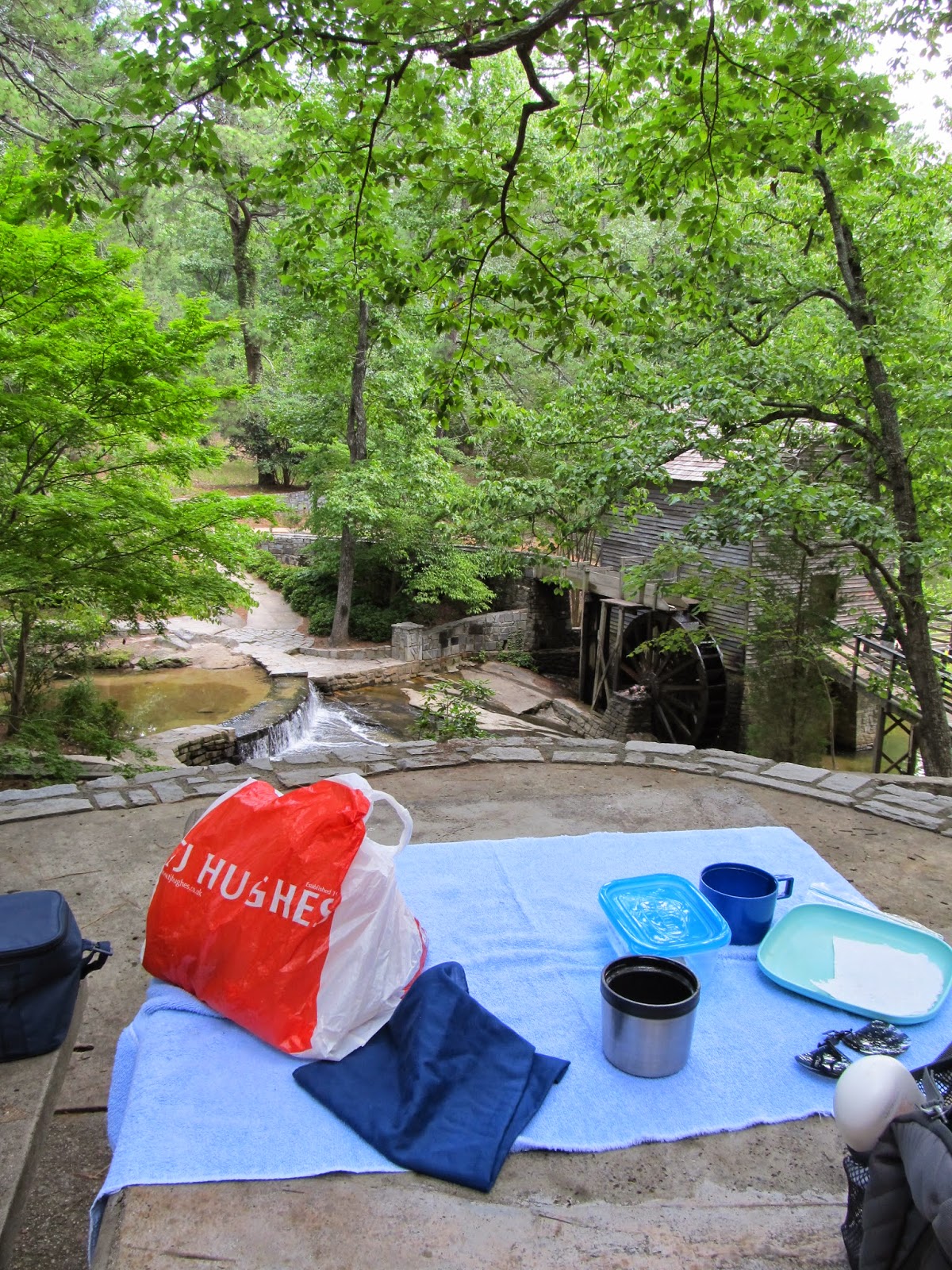 Richard and I had a picnic at Stone Mountain, at the Grist Mill.  The table is up very high and it is wonderful to have all the trees and the water so close to us, lovely on a hot day... 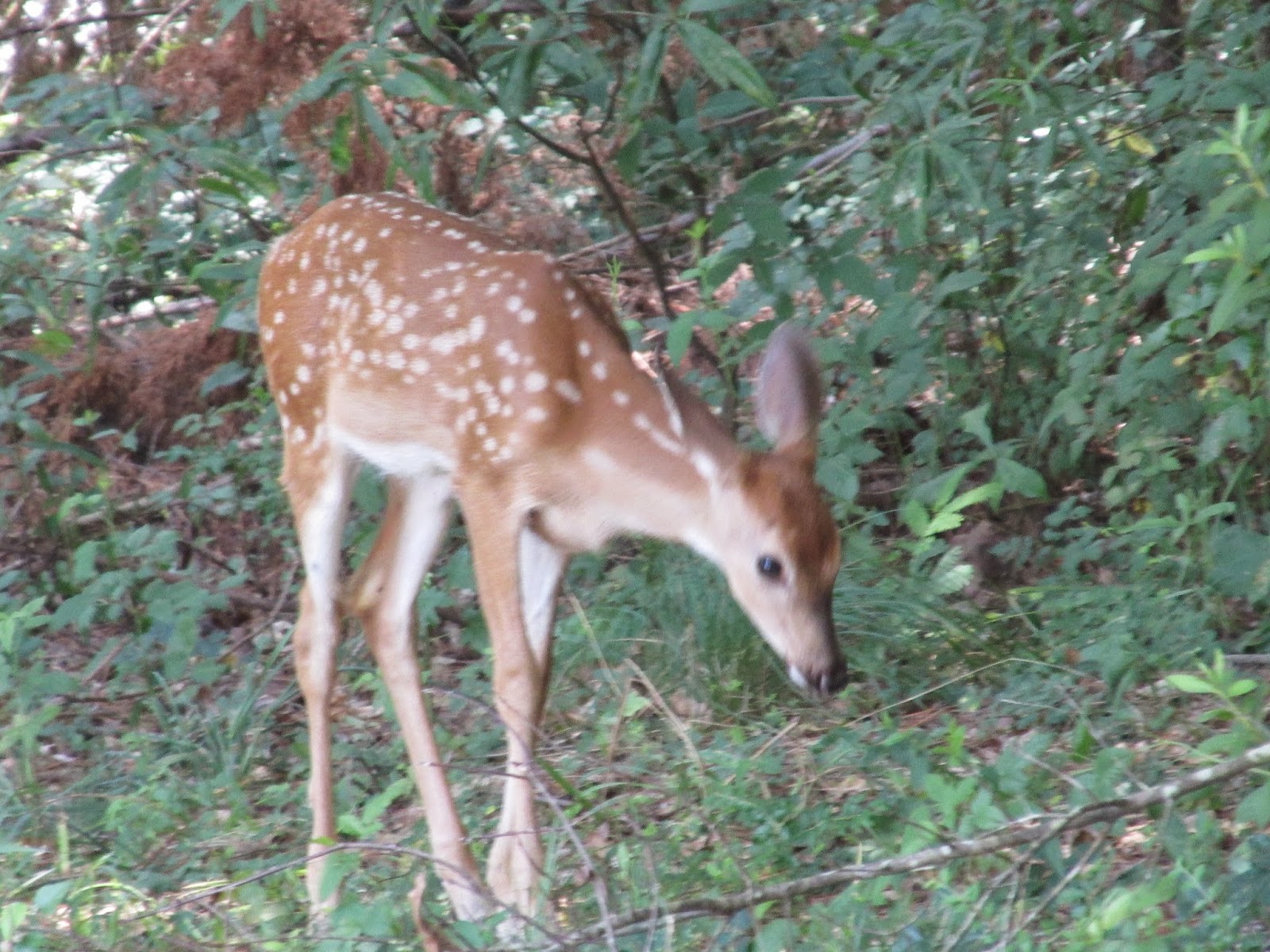 When I came home from church on Sunday, look at what was curled up asleep under our maple tree in our yard.  If you ever see a fawn with its long legs curled up underneath it, you will never forget it.
What a beauty.  Richard was able to get a few photos of it before it gracefully ran off with its long white tail behind it.
"In The Summertime" was a big hit from 1970.  And I remember it very well! It was by a British group called Mungo Jerry.  The group has had different members over the years but it has always been fronted by Ray Dorset, who wrote the music and lyrics to this song. (I have a great fondness for songwriters, you might have noticed.)  I found a video of the group performing this song at a concert from just last August!  It makes me happy to see the joy of the band and the audience.
Hope everyone is enjoying wonderful summertime, wherever you are! (And for my friends in the Southern hemisphere, hope you are having a nice winter!)
Posted by Kay G. at 9:04 PM