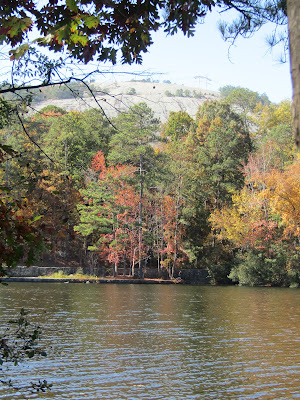 Stone Mountain! Can you see it? This photo is from the island in Stone Mountain Lake, we have just walked over the covered bridge to get here.  I have told you about Stone Mountain before many times, if you remember! 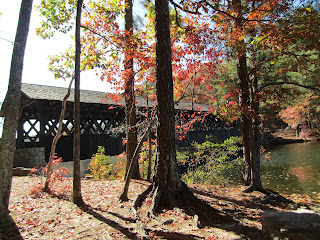 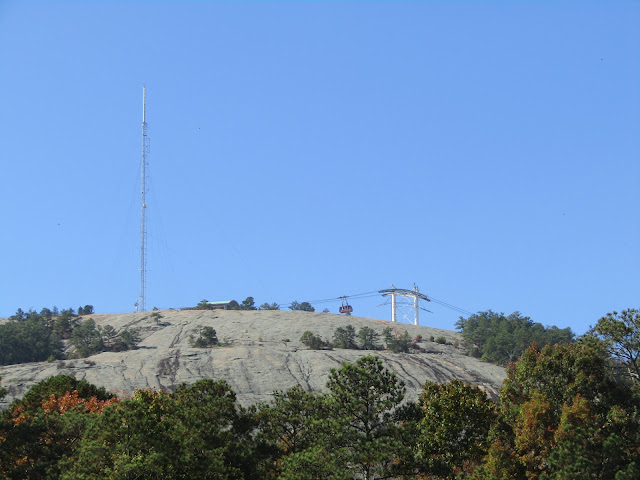 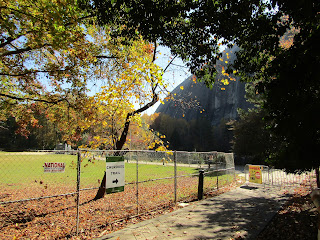 You know when I leave a comment on your blog and you see my photo of a walkway? That photo was taken in the spring on the trail in front of Stone Mountain which was from 2011.
The photo above is almost the same spot but now they have fencing around it. If you notice the yellow sign, it says you can't enter but as it is part of the Cherokee trail around the mountain, you also see there is a space to squeeze through the left of the sign! (There were two people who paused there just after Richard took this photo for me. I was pleased to tell them to ignore the sign and just go around it!  I am such a rebel but hey, I know what I know!)  If you are wondering why there is such heavy fencing...it is because there is now a very expensive LASER show that they have and I guess they can't have folks sneaking in there and hiding before the show! Also, for the winter, they make snow from the lake and create "Snow Mountain" in that area.  Big hit with the kids!  Anyway, let me show you some more photos! 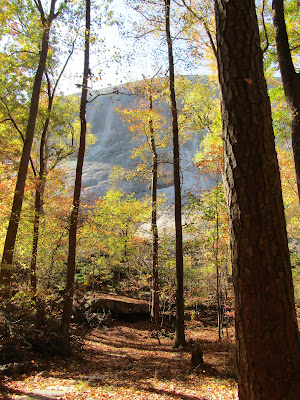 Isn't the outline of Stone Mountain just gorgeous behind the trees? 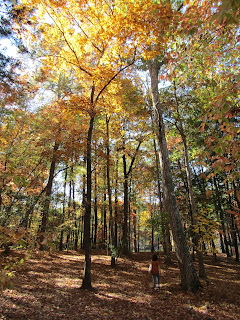 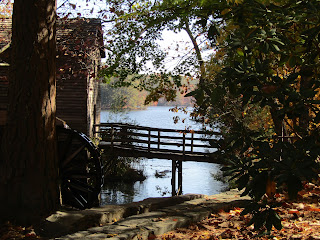 See the water wheel? This is an old grist mill beside Stone Mountain Lake. 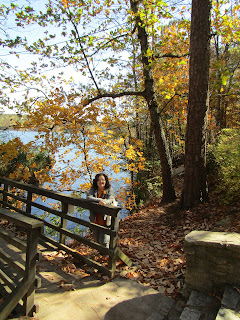 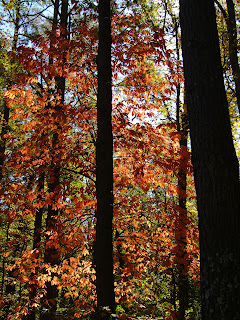 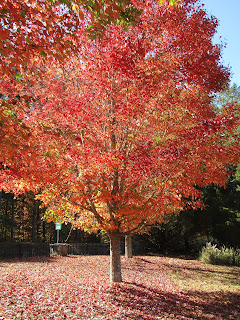 That last tree was in the parking lot at Stone Mountain!  These photos were from early November. The temps were in the 70's and for a few weeks there, it was wonderful to walk and enjoy the leaves! Suddenly, we got a cold front and it went from almost 80 degrees to our lows being in the 30's and it has struggled to get to 45 for a high temp! Happy I was able to get out and about while the sun was shining!
_________________________________________
I learn something new every day!  For some reason, I thought of a song by the Kinks and I looked it up on YouTube. The one that I found had all the lyrics.  Let me see if I can get it here for you....
"Come Dancing"!
If you were able to read the lyrics, it is mentioned that his sister would go dancing at the local "palais".  From the context you can surmise that that would be a dance hall but it is from the words "palais de danse".  That would be a "dance palace" in French which is what dance halls were called in the 1950's and 1960's in England. I had never heard of that before, Richard had to tell me!  That song was from 1983, by the way...it was a very good year, the same year that Richard and I got married!
Hope you are all doing well, my friends!  Take care.
Posted by Kay G. at 6:32 PM