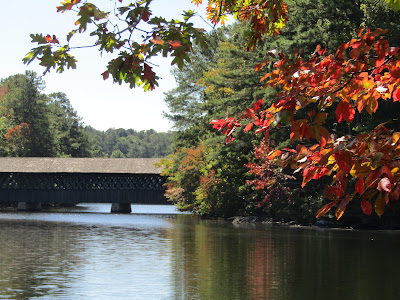 Covered bridges! There is just something so appealing about them, don't you think?

The covered bridge pictured above is at Stone Mountain Park.  Cars are allowed to drive on it but they have a space for folks to walk over it too. (We always walk!)  Funny I just told you about walking over the bridge in Chattanooga on my last post and now I have this one in Georgia! (This one was built almost at the same time, it was built in 1891.) 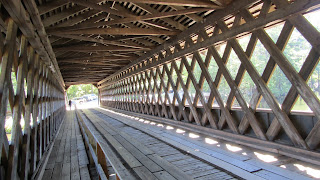 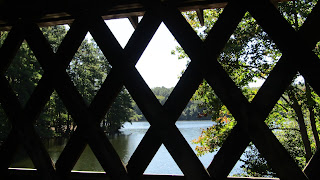 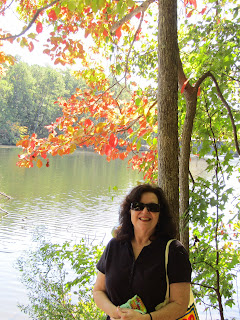 Does the change of leaves make me happy? You bet it does! Let me show you some of the beautiful photos from October from Georgia... 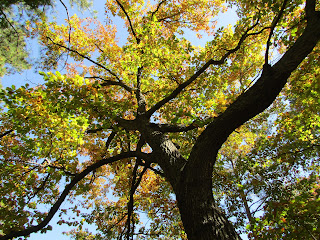 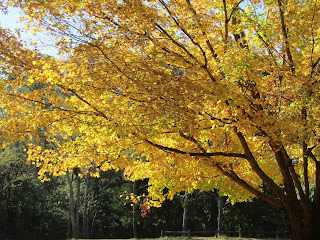 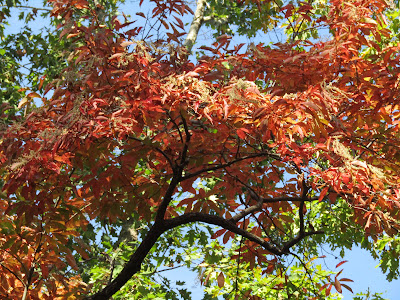 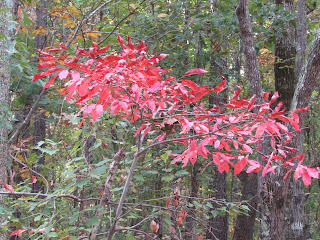 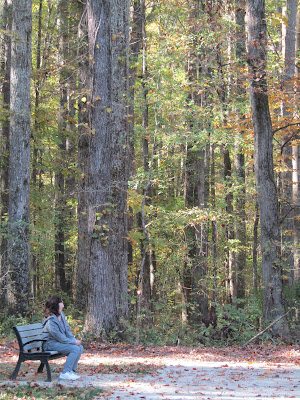 The most wonderful thing? Our leaves in the Metro Atlanta area do not peak until the first week of November, so we still have lots of color to come. I think I will just sit on this bench and watch til then.... dang, I am so funny!
____________________________
Hey! Y'all will never guess but my husband and I have finally watched the TV series "Stranger Things"! Yes, I know everyone else knows all about it but we have just been watching the shows and they are so good! The VERY best thing for me, the setting is supposed to be in Hawkins, Indiana but believe me, it was filmed in Georgia! I can't tell you how tickled I was to actually recognize places that are very familiar to me. I can't remember what season it was but there was a scene filmed at a 7/11 store and as soon as I saw it, I said, "That's in Conyers!".  Sure enough, I researched it and of course, I was correct! Very special to us though is that many of the scenes filmed in the woods were filmed at Stone Mountain! AND any of the scenes where the actors are walking on a train track were all filmed at the train track at Stone Mountain. (This was a very good thing too since the train there is only one that is run for tourists so therefore, the train rarely runs on the rails. So, very safe for the actors!) 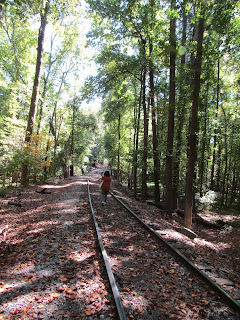 The other thing I need to tell you- I read "Dracula" this month! Oh, I am sure you are saying that you know the story very well but admit it, have you ever read it?  If not, please do so!  It is such a wonderfully written book, I was that surprised at how much I enjoyed it.  I was dusting a bit at my home and since our son left a load of books at our house, my eye fell upon "Dracula" on his bookshelf.  I tried to read the paperback but my poor old eyes were not up to the fine print so I went to my local library and checked out such a beautiful copy that my dear husband has now ordered the very same book for me. It is a Penguin Classic. This book not only has the story of Dracula but it also has an interview that Bram Stoker did with Winston Churchill! It also has letters between Bram Stoker and Walt Whitman! And there is even a piece that was written by Bram Stoker's mother. Isn't that amazing? (You can guess that she also was a great writer.)
It seems to me that "Stranger Things" and "Dracula" have some parallels.  They both have characters that are interesting and that you really care about. They both have great friendships that try to overcome evil. Sometimes it works, sometimes it does not. Just as "Stranger Things" would make me happy to see scenes from Georgia, "Dracula" also has placenames in London that are familiar to me. (I realize that last bit is a personal thing for me, but hey, I am "Georgia Girl With An English Heart!")
Just in case Dracula comes around here, I have my cross ready! 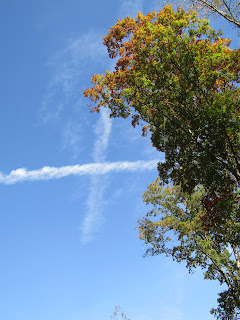