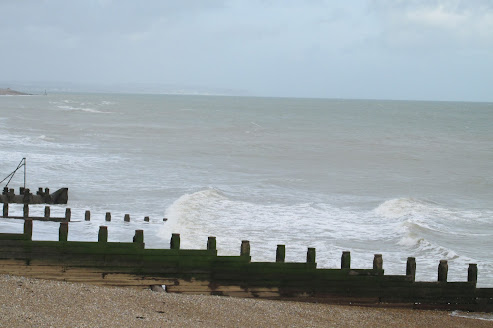 Here is a story for you...and it is a true story...but I am so incredibly moved by it that it might be hard to give you all the facts.

If you were to go to a listing of the Maritime Disasters of World War I, this is how it is described in Wikipedia:

"HMS Otranto- a passenger liner rebuilt as a troopship. On 6 October 1918, while sailing in poor visibility in rough seas, she collided with another liner turned troopship, the Kashmir.  Otranto then struck and was grounded. With heavy seas pounding her against the rocks she eventually broke up and sank, killing 431 people."

Yes, those are the facts but there is so much more to the story! HMS Otranto was a British ship with a British crew and it was filled with American troops. You can see from the year that I have given you, this would have been the last days of World War I.  Also on board the ship, there were French fishermen. (Why was that so?  On the journey over, the Otranto struck a French fishing boat, they didn't see it, they had no lights due to the danger of German submarines. This is how the French came to be on board the ship along with the American soldiers and the British crew.)

It was a terrible, terrible storm that the HMS Otranto encountered in the early morning hours of Oct. 6, 1918. The ship was in the North Channel, traveling with other ships in a convoy. (The North Channel...between the very top of Ireland and the Hebrides Islands off the coast of Scotland.) Because the seas were so very rough and the visibility so poor, three of the ships were forced out of formation and were nowhere to be seen.  The waves were running up to 60 feet and the winds were 80 and 90 miles per hour. It was a terrible night.

Just after 8:00 in the morning, the mist lifted enough that land was sighted three or four miles to the east...was it the western coast of Scotland or the eastern coast of Ireland? The officers aboard the Kashmir correctly guessed the western coast of Scotland but those on the Otranto thought it was the coast of Ireland. In this great confusion and the storm still raging, one ship turned one way and the other turned directly into its path.  The Kashmir rammed the Otranto midship.  Then, the Kashmir reversed and was able to sail away...

The Otranto was left badly damaged but still afloat...

About 30 or 40 minutes after the collision, the men saw a ship on the horizon. It was the British destroyer, HMS Mounsey coming to their aid.  It must have seemed like a miracle to them. Here is what Pvt. Edgar Sheperd wrote of it years later, "Now we got a close up view of the commander of the destroyer. A trim athletic officer who began waving two flags. Knowing the semaphore code, I read the message to the commander of the Otranto: I am coming alongside to take off the American troops.'

The reply to the destroyer Mounsey from the Captain of the Otranto was: Steer clear as you will lose your crew and your ship.

The reply to the Captain of the Otranto: I am coming alongside. If we go down, we shall all go down together."

There, if that does not bring tears to your eyes and a lump to your throat!  The Captain of the HMS Mounsey was Captain Francis W. Craven.  He brought the ship aside and was able to rescue many of the men from the Otranto. Some were able to jump from one ship to the other. However, as the storm was still raging with very high waves, many men were crushed between the ships and many were injured upon landing on the deck. (What is more, the waves were so fierce that even for some of the men who made the jump, they were then washed overboard.) It truly was an act of great heroism. According to the lists published in the Naval War Notes, Captain Craven and his crew saved 597 men that day: 300 American soldiers, 266 officers and crewman of the Otranto, 1 American "YMCA man" and 30 French fishermen.

I was astonished as I read this account... it brought to mind the story of the Leopoldville which was sunk by a German torpedo in the English channel in WW2.  I have written about it before on my blog.  I met a survivor from that ship, Mr. W. S. Connor. There was also a ship that came alongside his and he saw some of his buddies jump...but they didn't make it, so he decided to stay on the ship. He was on the ship as it went down. He had tied duffelbags together and he said he had never kicked so hard in his life. He came to the surface and was rescued. (How long were you in the water? I remember asking him and he said that they were told they could only survive in the cold water for 30 minutes...so, he guessed it had to have been 30 minutes but it seemed like longer...)

Okay, let's go back to the sinking of HMS Otranto now...

Remember I told you that they sighted land and that the Kashmir correctly identified it as the western coast of Scotland? It was the island of Islay, in the Hebrides. (Islay is pronounced "EYE-la".)

When we are speaking of heroes, we need to remember the people from Islay.  On Oct. 7, the morning after the disaster, there was no sign of the Otranto, she had been torn to pieces. Debris was piled more than 15 feet high along the rocks and the islanders searched for injured men but they found only bodies, hundreds of them. (For the few who made it alive to the island, there was a very warm welcome for them. Many giving food and even their own beds.)The great care and respect given to the dead by the people of Islay is truly remarkable. Police Sergeant Malcom MacNeill, recorded the description of each body, made notes of any tattoos and put each man's personal effects in a small bag made by local volunteers. His descriptions are in a 81 page notebook.  This notebook is in a Museum of Islay Life, along with his letters to family members in the USA and England who lost loved ones on the Otranto. (These were later donated to the museum from the grateful families.)  There was a funeral service for the men on the island. They sang "The Star Spangled Banner".  There was no American flag on the island of Islay, so the islanders sewed a flag themselves.   (For years, this flag was in the Smithsonian but it was sent to the island for the remembrance  service in 2018, the 100th anniversary of the tragedy.  I think I have read that the flag is still there on the island, in the museum I told you about. I think it should remain there, don't you think so too?)  You may see the flag and read more about it just here.

The island of Islay experienced another disaster that same year of 1918.  The SS Tuscania had been sunk by a German U-boat on Feb. 5, 1918 while transporting American troops to Europe with the loss of 210 Americans, many of them washing ashore on Islay.

One can only imagine what this must have been like for this tiny island and its people.  "The Scottish Island that buried America's dead" is one way I have heard it described for the year of 1918.

Was drowned when transport "OTRANTO"

was sunk in a collision off Scottish coast.

(If you want to read more on this, there is an excellent book, "Many Were Held By The Sea" by R. Neil Scott. There is a fascinating blog that gives great details from the survivors, Ray City blog.)

There is so much more that I would like to write about this but there is only so much that I can say in a post on a blog.  Perhaps I should write a screenplay and you will see it played out upon a screen one day. We should remember the Otranto and the young men who sailed upon her. "For Those In Peril On The Sea."