Tower of London- "Blood Swept Lands and Seas of Red"

One of the things that I truly wanted to see while we were in England was at the Tower of London..."Blood Swept Lands and Seas of Red".  We did get to view it and I have some photos to show you.

Volunteers have been placing bright red ceramic poppies in the moat around the Tower of London since Aug. 5th and will continue to do so until Nov. 11th.  These dates are significant:  World War I began on Aug. 5, 1914 and ended Nov. 11, 1918.  By the time of the final installation, the total number of poppies will be 888,246...each one representing a fallen British soldier or soldier of the Commonwealth.

The poppies will encircle the iconic landmark, creating not only a spectacular display visible from all around the Tower but also a location for personal reflection. The scale of the installation intends to reflect the magnitude of such an important centenary creating a powerful visual commemoration.

The quote above is from the website of the Tower of London and you can find more information about it just here.  If you get the chance, take the time to read it.  You may purchase a poppy from that site and proceeds will be donated to various military charities, which I think is such a wonderful idea.

I was overcome by the sight of all that red and what it represented.  I had seen photos of it and I thought I would find it moving.  I didn't expect for it to hit me with such emotion that I immediately had to wipe tears from my face... 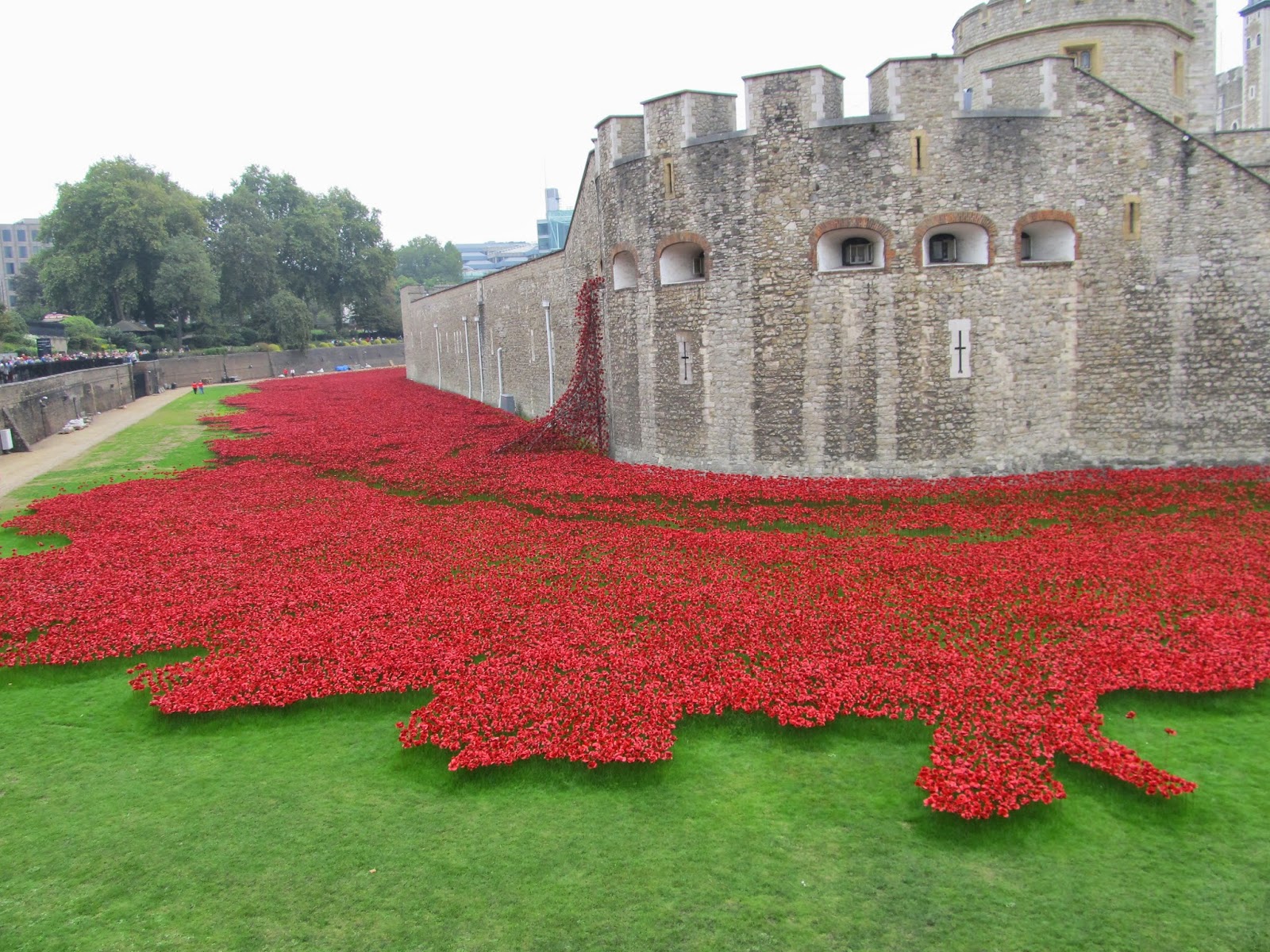 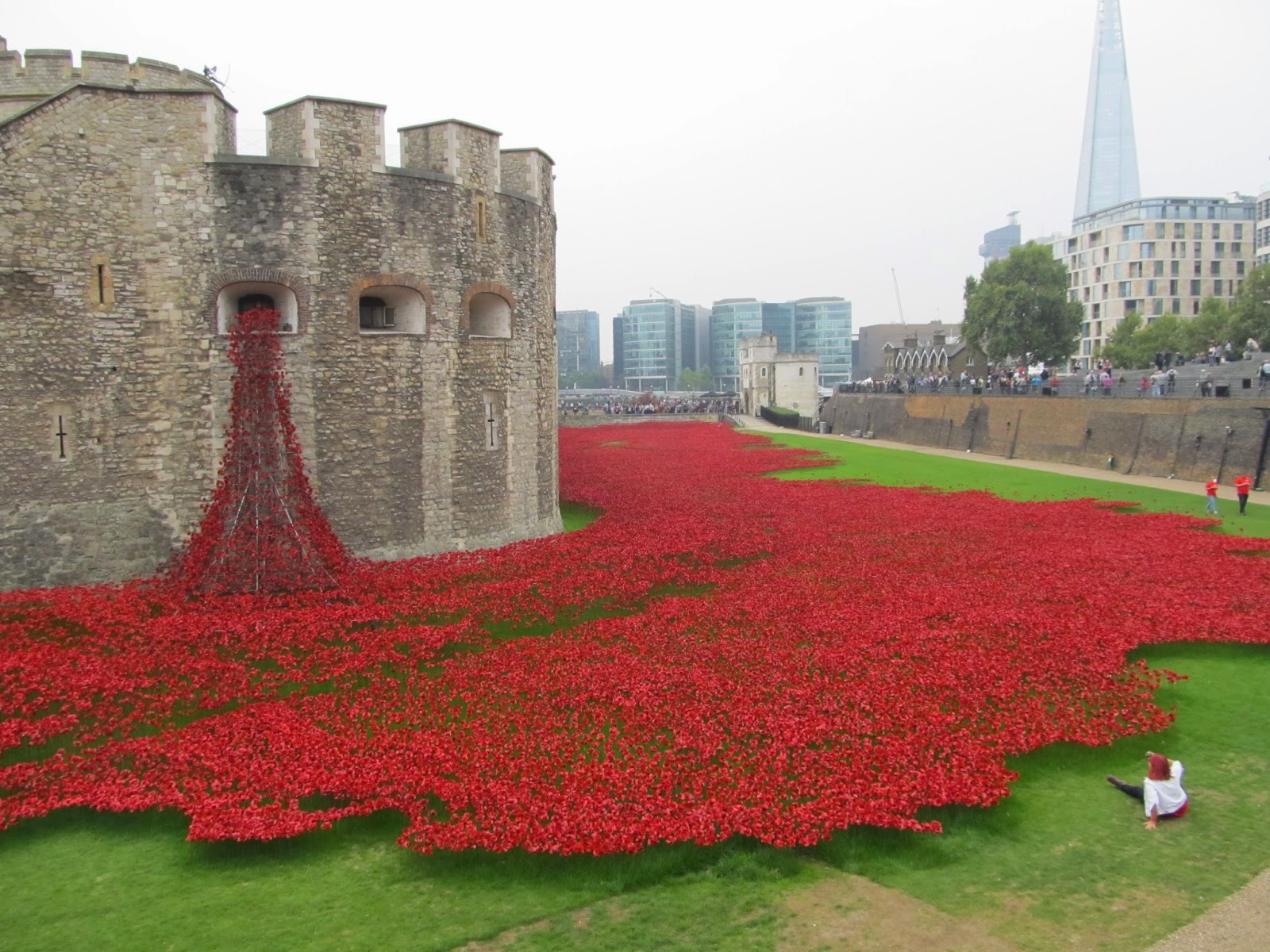 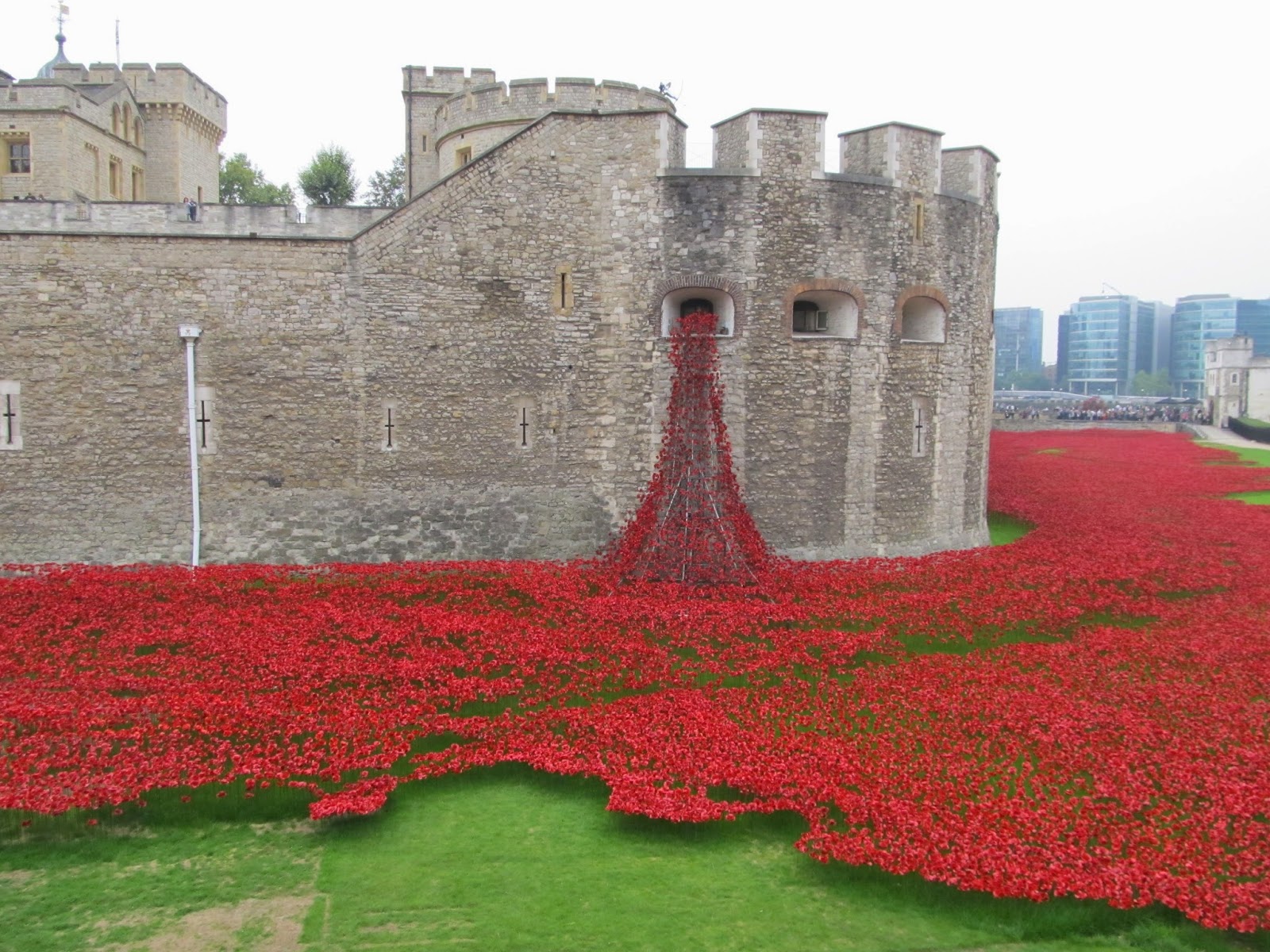 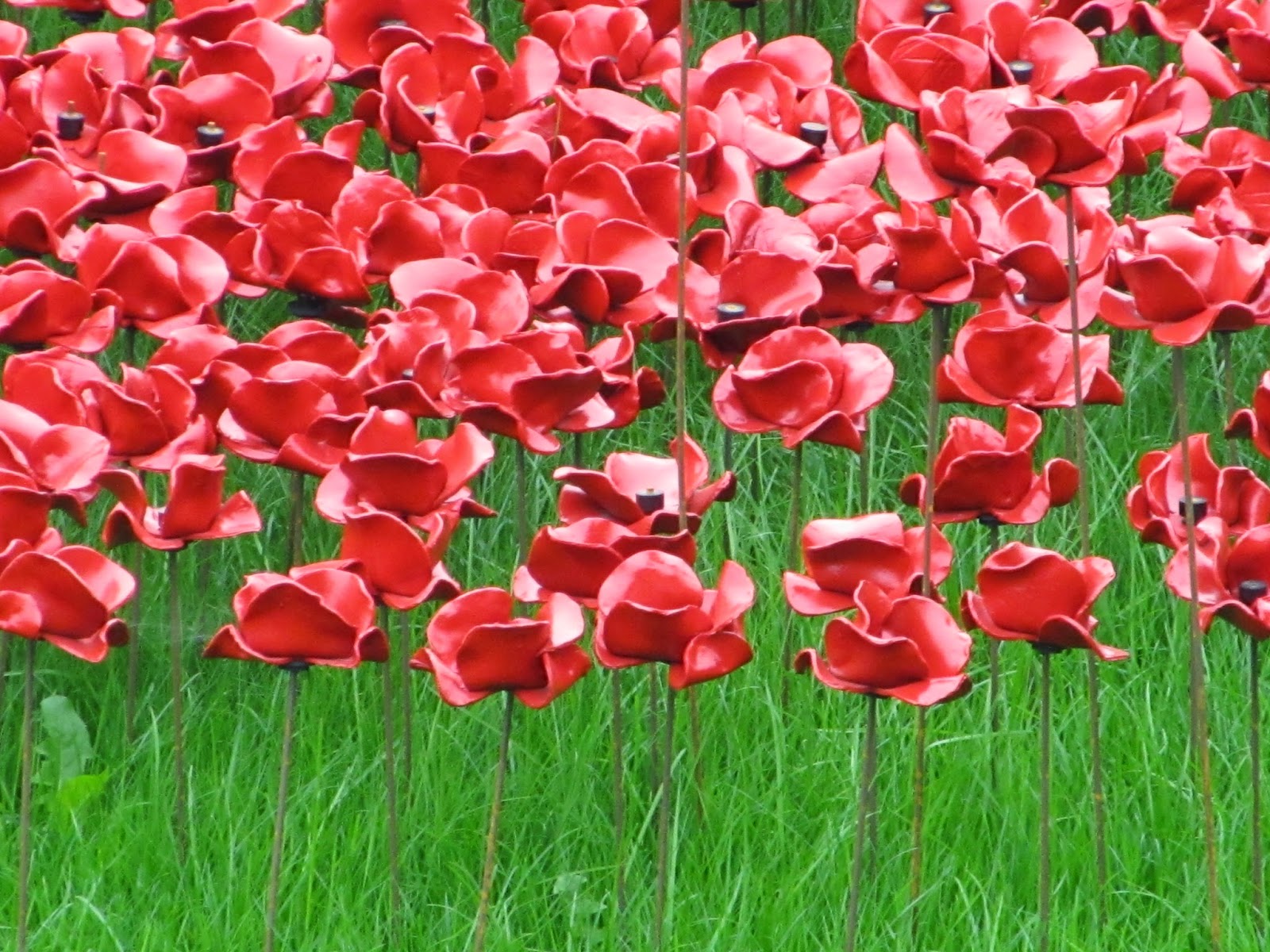 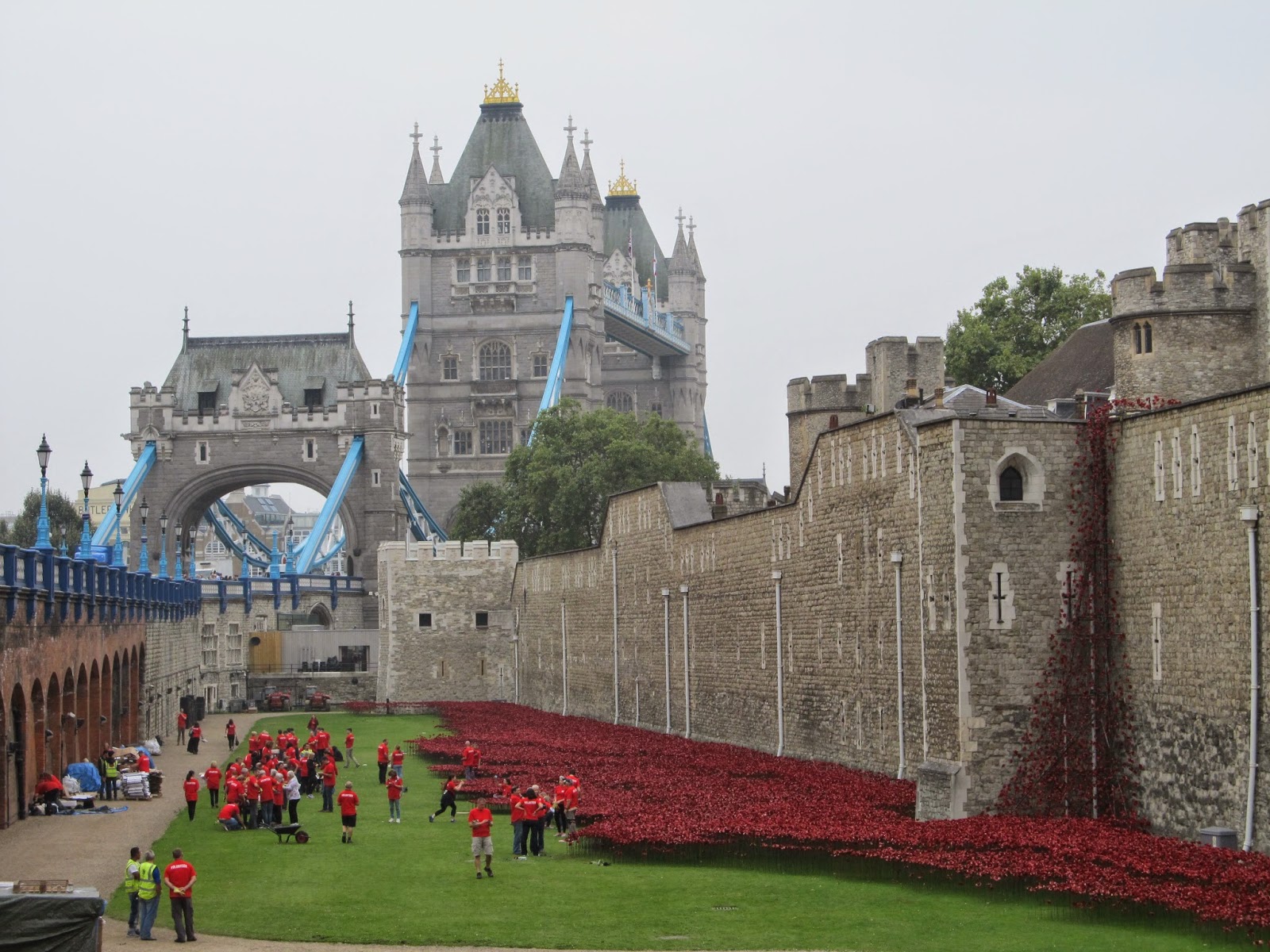 It just so happened that we were there on a Thursday and I have read that the volunteers only place the poppies in the moat on Thursdays and Sundays.  We thought it was interesting to see them do this.  I only found out from Ron who left me a comment on my last post about this, that ANYONE could have volunteered ...he was there on that same day and they even let AMERICANS help to place them.  Gee, I wish I had known, I would most certainly would have liked to have walked into that moat and help to plant a poppy amongst that green, green grass.

You see, for me, I have such strong feelings for veterans, for all who have served in the military.  "A location for personal reflection"...yes, that was just what it was for me.  I thought of all those that had died in World War I and I thought of those who might have died later from the war but might not even be counted here in poppies.  One of the most moving posts that you might read this year is from Rachel, whose great uncle committed suicide after World War I.  You may read her incredible story of her relative, Cyril Arthur Took, just here.

I have written posts about World War II veterans...Louis Zamperini, W.S. Connor, and Col. Benjamin Purcell...all of them passed away now, but it brings a lump to my throat to remember them...I met two of them and although I didn't meet Mr. Zamperini, I was honored to receive a few notes and cards from him and I felt as if I had lost a friend when he died this past July.  Of course, you might guess that I spoke about Mr. Zamperini and about the movie "Unbroken" that will be coming out at the end of this year to almost everyone that I met while I was in England.  I only wish that someone would make a movie about "Love and Duty" (Col. Purcell and his wife), and also about W. S. Connor ( a survivor of the Leopoldville, a ship sunk in the English channel during World War II.)
So much to tell and to say, so many people to honor...not just during one war, but so many...too many. 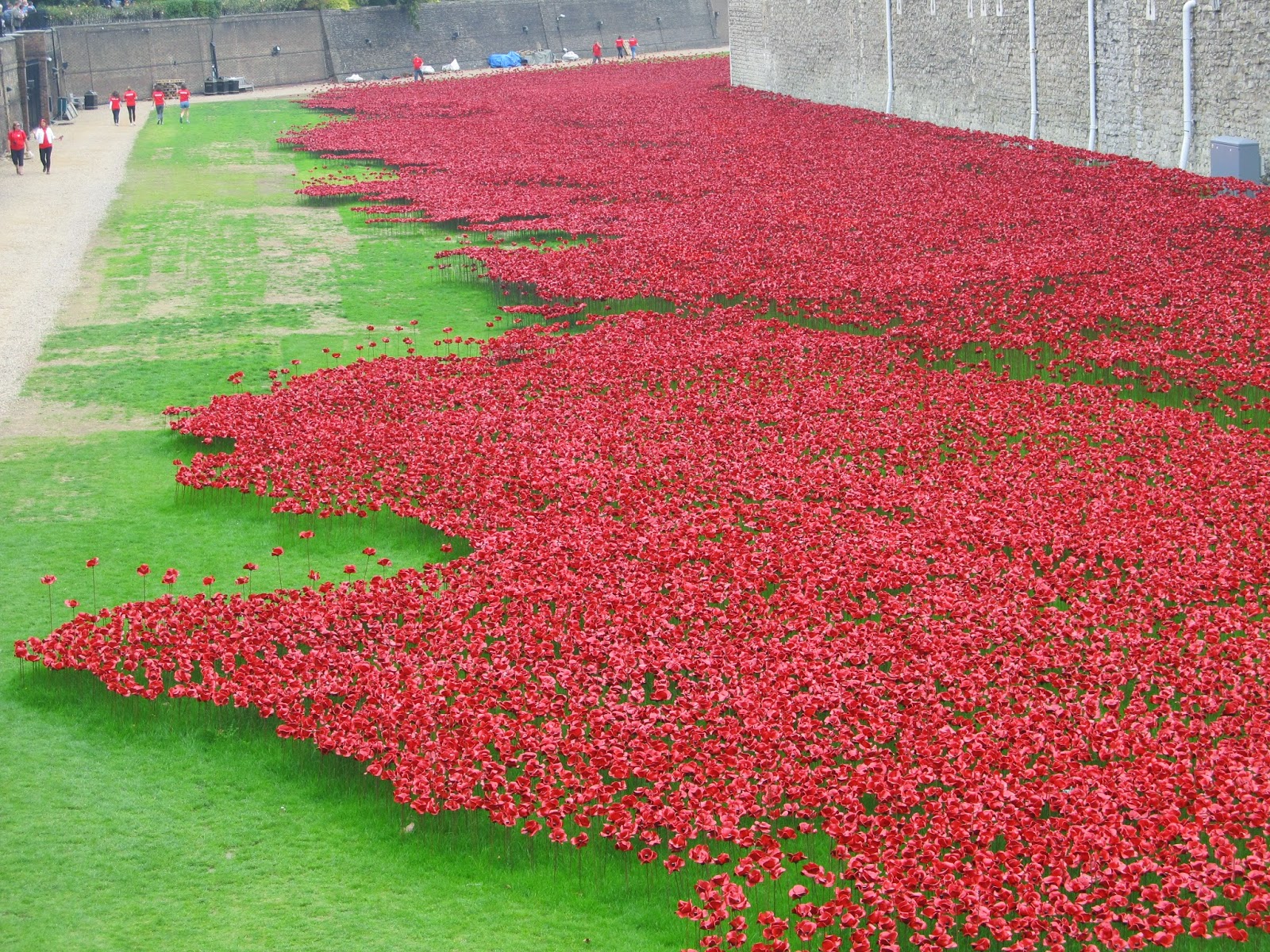 Email ThisBlogThis!Share to TwitterShare to FacebookShare to Pinterest
Labels: ..