"Unbroken", the movie, has just begun filming in Australia.  It has a release date of Dec. 25th, 2014.
Remember the date! I have been waiting for years for Mr. Zamperini's story to come to life on the screen.  I first read his book "Devil At My Heels" in 2004 and I told you all about him in this post....   here.
Angelina Jolie will direct the movie and for the first promotional shot for the movie instead of having the stars line up for the camera, she posed with her head on the shoulder of Mr. Zamperini.  Some might say it looks cheesy or corny but I don't think so. I believe that her admiration for him is genuine and Mr. Zamperini seems very pleased to have her direct this movie. (She lives not far from him in Hollywood and they have become friends over the past months in preparation for this movie.)  He gave her a gold pendant in the shape of a running shoe, which is one of the first prizes that he won as a track star.  She had expressed that she will wear it during the entire filming of the movie.  The actor who will portray Mr. Zamperini is Jack O'Connell, a young man from England! The other two young actors cast are Domhnall Gleeson (Irish) and Finn Wittrock (American).  They will portray the other men who were in the life-raft with Louis Zamperini. ( Funny how well those from England and Ireland can do the American accents so well!)  And the man who will play the Japanese guard in the prison camp will be a Japanese musician by the name of Miyavi. Apparently, he is a very popular star in Japan, one of the biggest ones, from what I have read.
Oh! And the Cohen brothers have written the screenplay for the movie. ("O, Brother Where Art Thou" is one of my favorites that they have done!)

If you don't know one thing about me, know this:  I have the utmost regard and respect for Louis Zamperini and his story is one that I believe that EVERYONE should know!  Richard and I just watched the movie, "The Life of Pi" and all I could think of was this...why in the world was a book of fiction so popular when there is the inspiring true story of Louis Zamperini?  He was adrift at sea for 47 days but was picked up by the Japanese and then spent two years in Japanese POW camps where he was brutally tortured. He went through very tough times after the war but turned his life around after hearing Billy Graham in the early years of his ministry.  Louis Zamperini is a Christian and makes no bones about it, but at the same time, he is very much against hitting folks over the head with a Bible, he simply leads an astonishing Christian life.  He has been an inspirational speaker for decades and at the age of 96, is still available for public speaking.  Unbroken, indeed!
(Mr. Zamperini passed away on July 2, 2014.  May he rest in peace.)

This movie will be a must-see for me! 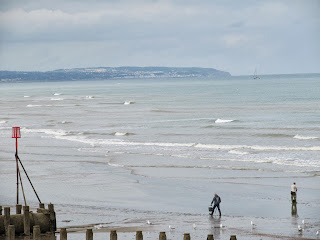 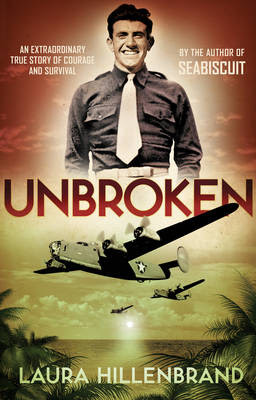