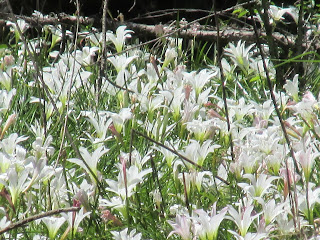 Atamasco lilies!  These were from last year on April 11th but I am sure they are either blooming now or about to do so. They are wildflowers.  Aren't they lovely?  They do remind you of the Easter lily, don't they? The Easter lily is not a native flower, it was originally from Taiwan. It is a very tricky thing to get them to bloom in time for Easter since Easter is on a different day every year, it is always on the first Sunday following the first full moon of the vernal equinox. Keep in mind that the Easter lily is poisonous to cats! Do not give these plants to anyone who owns a cat. (Uh, I might have forgotten this and done this very thing, so...learn from my mistakes, won't you?)
The photo here is from a local church.  I really liked the painting... 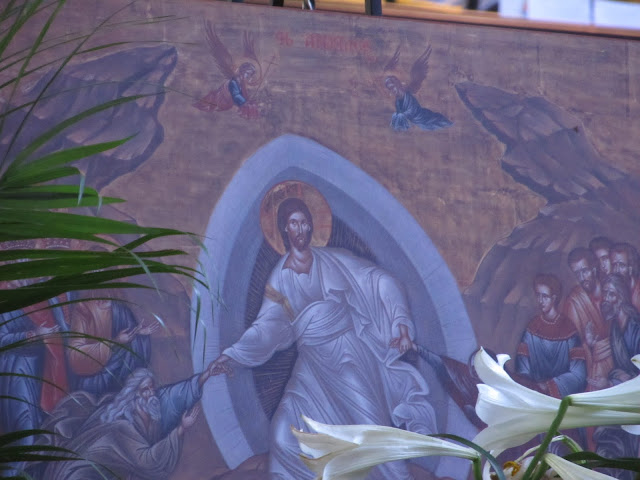 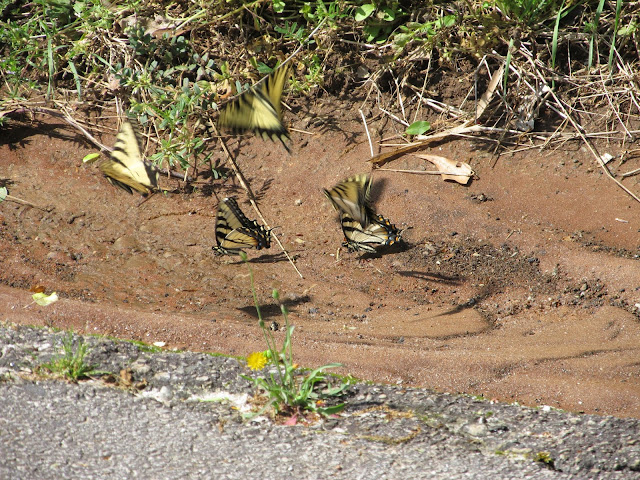 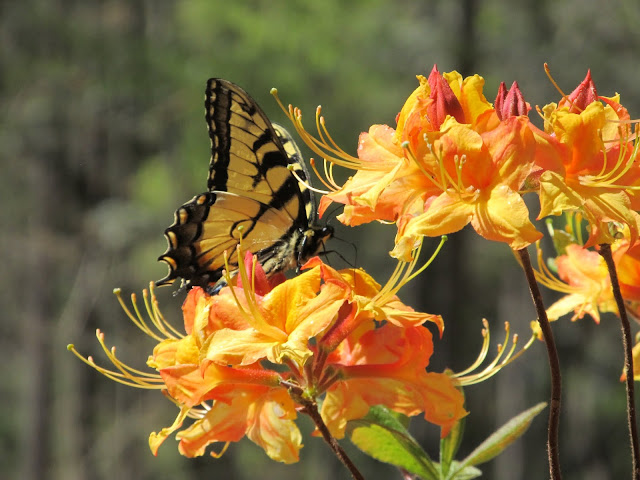 The mud might be good for nutrients but you can't beat a colorful flower for a great photo!
Of course, you have all heard of the passing of Prince Phillip.  Do you know that the Queen sends a telegram to British citizens when they turn 100? So, Prince Phillip was just two months shy of getting that telegram. (And from what I have read, he would have gotten one. The Queen Mother did when she turned 100!) Queen Elizabeth also sends a telegram to those celebrating wedding anniversaries, at number 60, 65 and 70.  Don't know about you but I think that is blooming marvelous!  You all must have seen so many photos the past few days of Prince Phillip but I think one of my favorites is from a postage stamp that I saved from one of my packages from England... 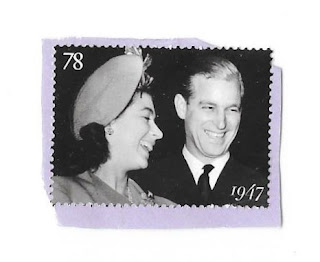 Richard says that no matter what you think of the idea of royalty in 2021, no one can deny that Prince Phillip and the Queen have done everything that has been expected of them and have done so with grace and dignity for a lifetime. 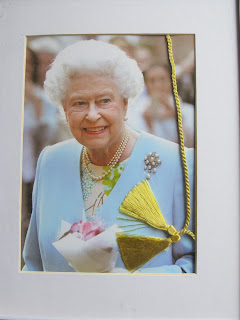 65th Wedding Anniversary Card and Telegram. This was to Richard's aunt and uncle in 2015. (Delivered by courier in livery- which means a fancy uniform to me!) Update: I have been informed that they once were telegrams but now it is cards that the Queen sends out and they are delivered by mail, although from what I have read they are stamped "Special Delivery"!
Now, what song for this post? There can be only one!