"When at first you don't succeed...just give it a rest and maybe it will come to you!"
That might not be good advice but I find it works for me!

Sorry about my last post, the ancient church of St. Barts deserves better. 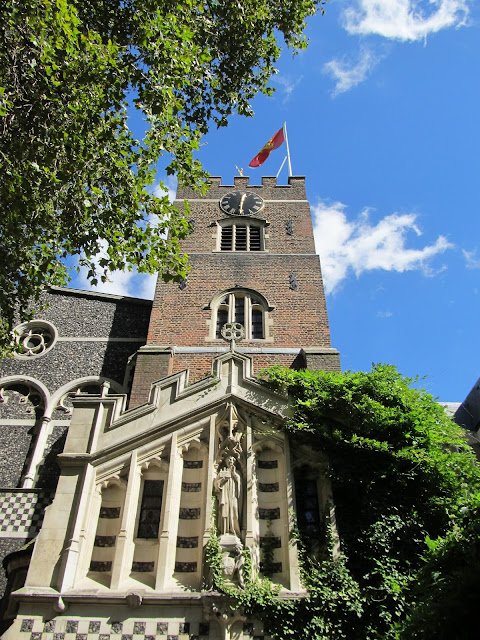 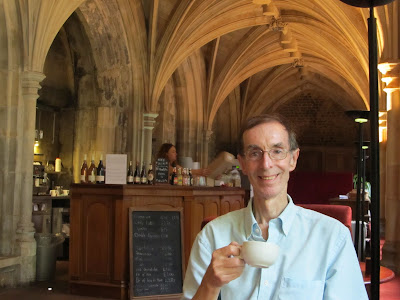 Ancient? The very thick columns that you will see in the photos below are from Norman times, which means the 12th century!
It was once a Roman Catholic Priory which of course, was dissolved during the time of Henry the VIII.  It has been an Anglican church since that time. It survived the Great Fire of London in 1666 but fell into disrepair and was occupied by squatters during the late 18th century, it was restored in the late 19th century. 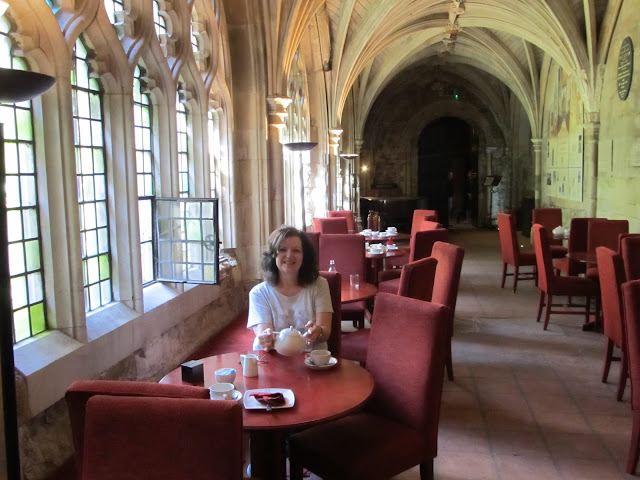 Richard wanted us to have a cup of tea in the Cloister Café and I am happy to say that we were able to do so! Funny thing, there was a special service for the Butchers Guild while we were there and this quiet space was soon filled to the brim with chatting, laughing people just after we made these photos! (Butchers? The church is in Smithfield, and you might remember the name...Smithfield Market. ) No worries, they had their tea and then, left us in that lovely quiet spot.

By the way, if you watch a British TV show and a character says, "Have a butcher's"...it is Cockney rhyming slang and it means, "Have a look".   (Butcher's hook = look).

I asked Richard to take a photo of the sign that greets you as you enter... 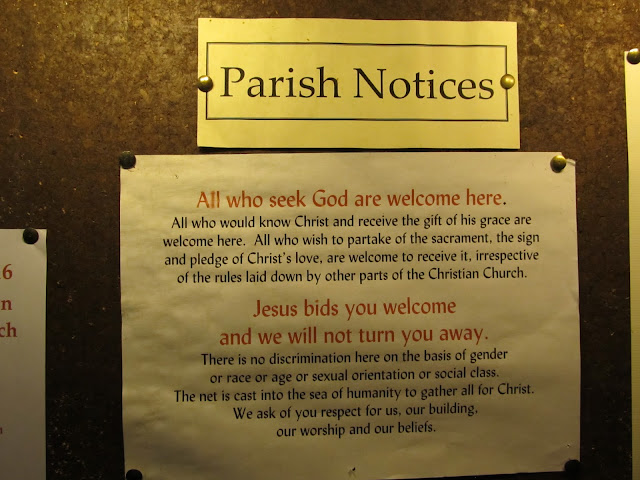 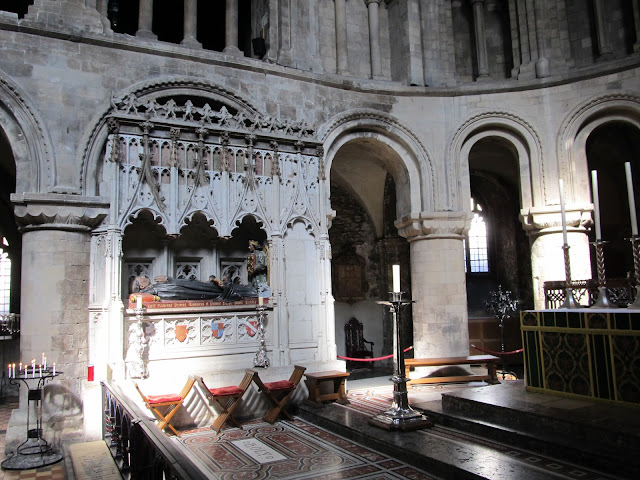 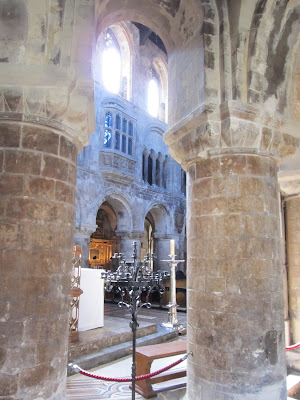 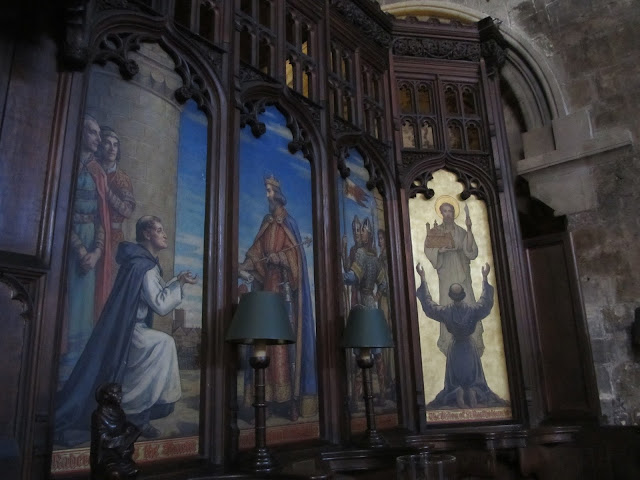 Who is St. Bartholomew? One of the 12 Apostles, he is identified with Nathaniel.   Along with Jude Thaddeus, Bartholomew  is believed to have brought Christianity to Armenia in the FIRST century. So, both Bartholomew and Jude are the patron saints of the Armenian Apostolic Church.  (Our son's girlfriend is from Armenia, so this has a special meaning for us.)
You may read more about St. Bart, just here.
. 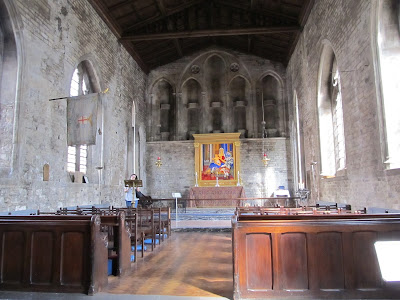 There was another meeting in the room above...and we had to wait a bit so we could take a photo.  It might not look that impressive to you, but for a time, this part of the church was used for secular purposes and it was used as a printer's press during the 18th century...and Benjamin Franklin worked here! (Yes, THAT Ben Franklin, the very same!)

Also, St. Bart's has been a film location for quite a few movies. Now that you have seen a few photos, you might recognize the church in some of the movies below...

I hope you have seen at least three of these ..."Robin Hood:Prince of Thieves", "Four Weddings and a Funeral" and "Amazing Grace".  I loved all of these.
(Yes, I know Kevin Costner didn't even attempt an English accent, but hey, he is Kevin Costner, so he can get away it!) 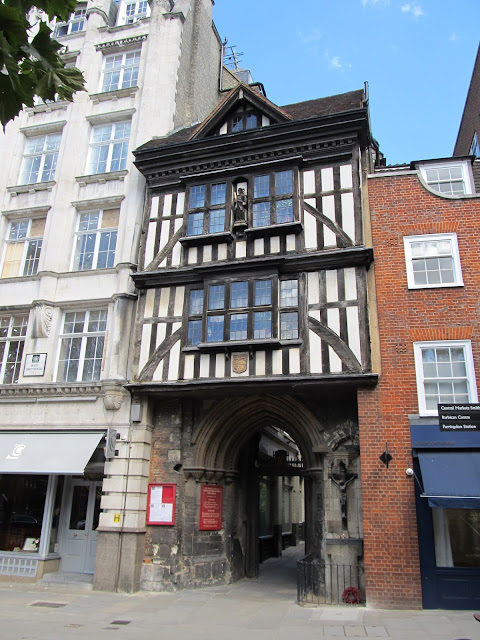 The entrance to the church is through this ancient gate...as an American, I found it hard to believe that there was a big church behind this! I should have known, it is similar to Canterbury Cathedral where the entrance has shops built right alongside it!
(And St. Bart's is a church, a cathedral is a seat of a Bishop. In London, the cathedral is St. Paul's...a most magnificent building which is a MUST SEE if you ever visit London...promise me!)
Keeping in mind, of course, that these are real churches and not just tourist stops and lovely buildings but places of worship for centuries.   If you go back and read the sign posted upon entry, the last sentence is this:

We ask of you respect for us, our building, our worship and our beliefs. 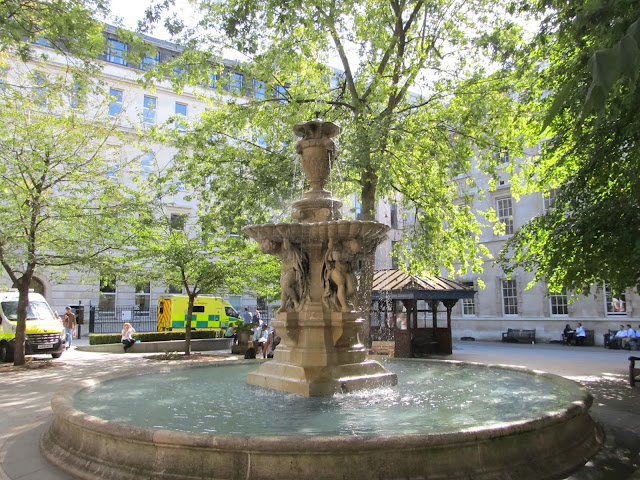 As we left, I managed to get us lost, I carefully turned into this lovely area which was behind St. Barts Hospital.  Adullamite, you left me a comment on my last post and said you once worked near here.  Did you ever see this?  Those little buildings, not sure what you would call them, but I can imagine it would be nice to sit there beside the fountain in all kinds of weather. Lovely!
Posted by Kay G. at 6:26 PM