When you have celiac disease like my husband Richard does, you have to do a bit of investigation for a gluten free restaurant!  His wife does anyway!   I found a really nice place in Eastbourne....The Terrace Restaurant  It is a hidden gem tucked away on a quiet street yet it is just around the corner from the Arndale Center, the train station and the bus pick-up area.  The Terrace is just down the street from the Eastbourne Tourist Information Center on a street that is surrounded by the offices of solicitors (lawyers!...you know that from watching British TV, right?)

They have a nice outdoor area and I suppose that is why they named it  THE TERRACE! It was too hot to sit outside the day that we were there but I know that does not stop English folks! They sit in the sun no matter what...mad dogs and Englishmen, you know.  Anyway, the owner was kind enough to turn on the AC for us even though we didn't ask her for it.   It was meticulously clean and tidy and it was a pleasure to sit inside the bright cheerful room and rest after we had walked along the Eastbourne seafront! 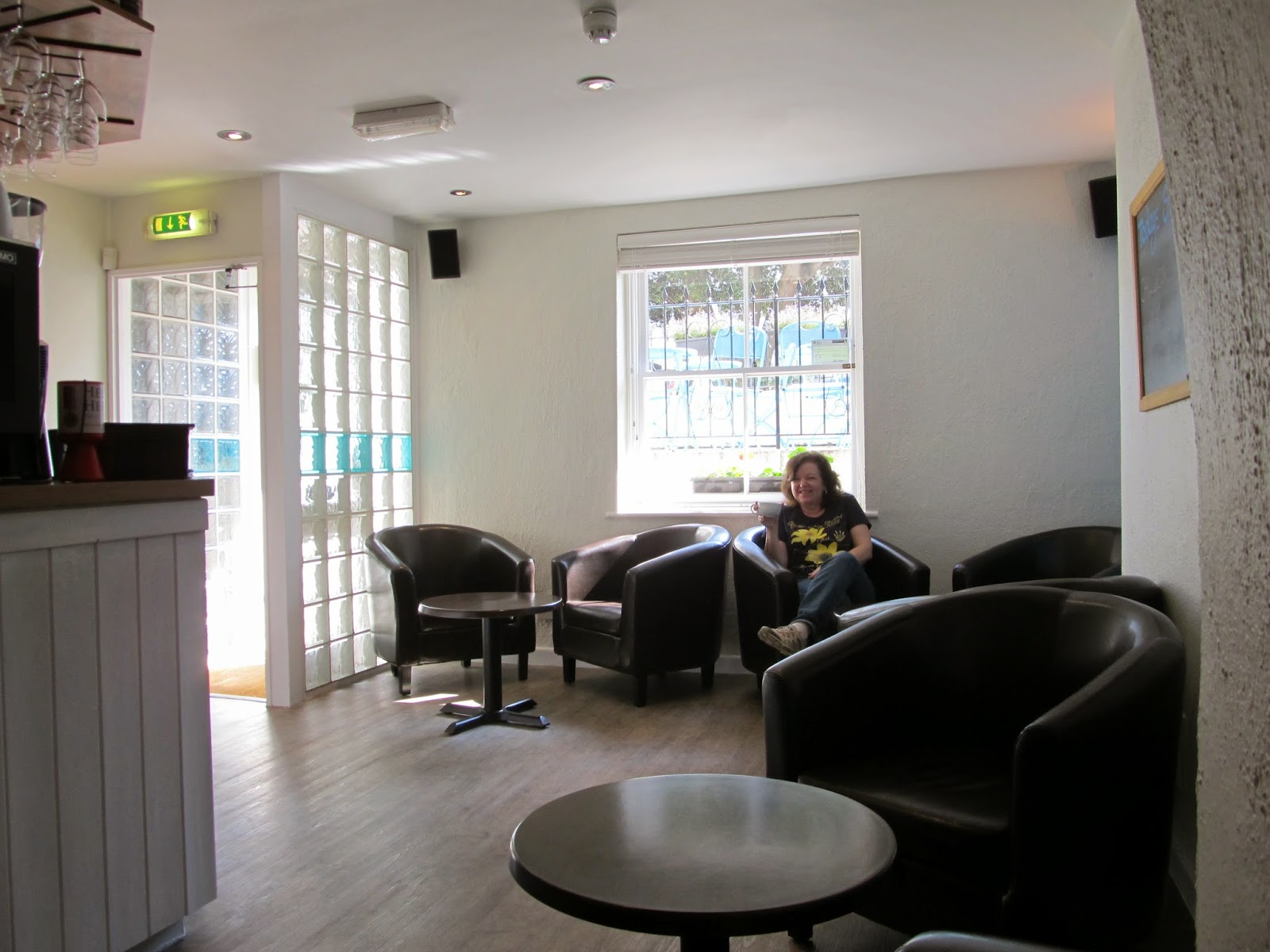 The Terrace Restaurant's owners, make their own bread, so you might guess that I enjoyed a sandwich there!  I do NOT have to eat gluten free you see, so you can bet that I really like good home made bread!  We met the husband and wife team, Anne and Nigel , who own and manage the Terrace Restaurant and they could not have been more welcoming and accommodating.  They did not pay me to tell you this and I did not receive any compensation.  This restaurant should be enjoyed by anyone, NOT just for those on a gluten free diet but I was happy that I found a place that understood the gluten free diet and I didn't have to worry about the food that my husband had there!  Anne also told me that they even have some gluten free bread too but since it was frozen, Richard decided to go with the jacket potato!

Now, we also enjoyed the meals in London, and we had to make sure that for Richard the meals were gluten free! 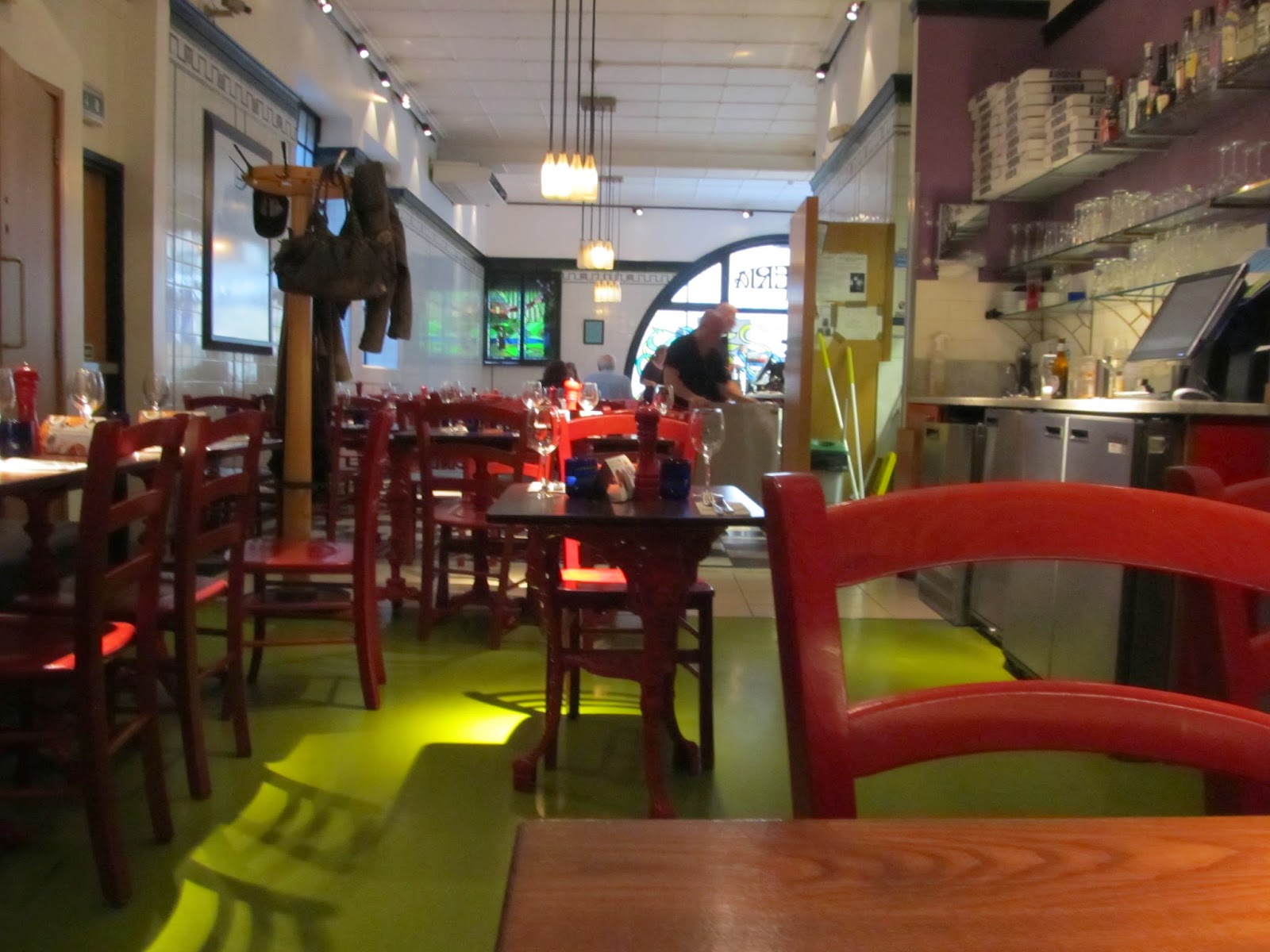 There are several of these Pizza Express locations in London...This one is on Coptic Street in London, just around the corner from the British Museum. (I think I read it was their SECOND location and they are very proud of it!)  It was in a former dairy and you can still see the original tile when you walk to the Ladies Room! (Except you have to say "toilets" in England...if you say BATHROOM over there, folks will laugh at you, I promise!)
OH! and look closely at the light fixtures in the above photo...they are supposed to be milk bottles, don't you love it? 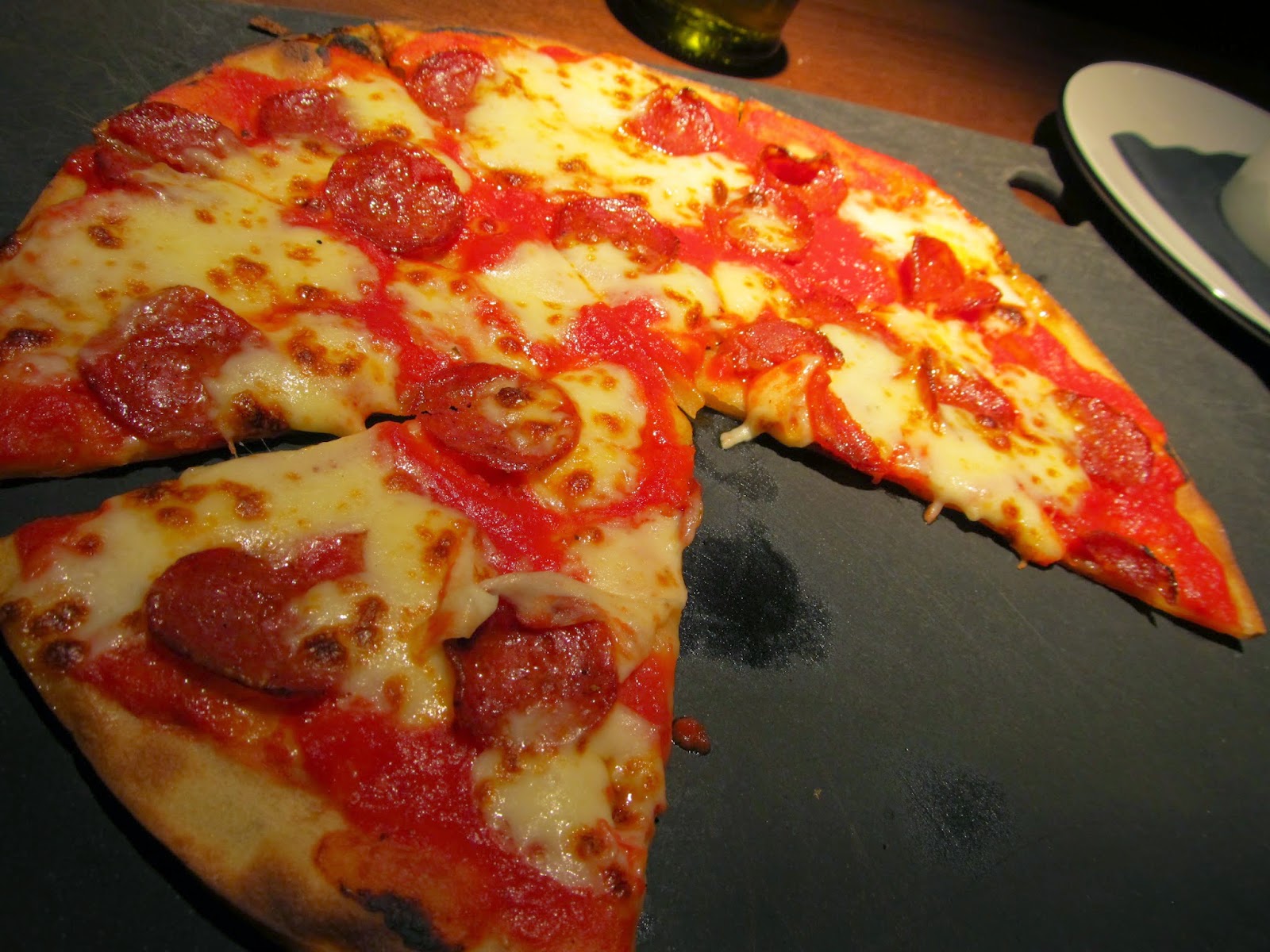 This pizza was really tasty AND it had a gluten free crust! We were hungry, we had walked miles around London! 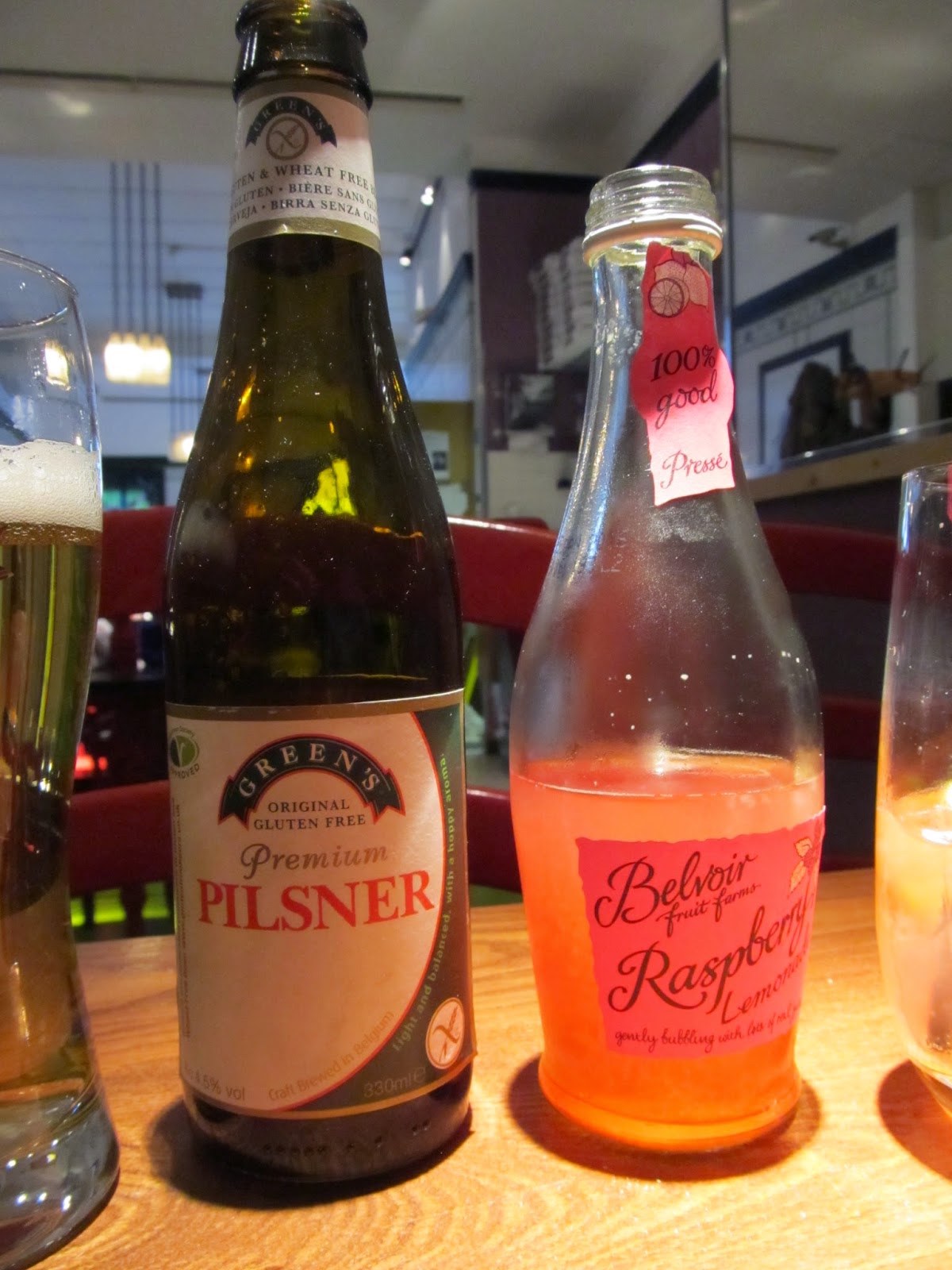 And Richard even enjoyed a gluten free beer!  I always try for the sweet fruity drinks when I am in England.  I also liked something called "Juicy Water" that I bought for the train journey and I enjoyed a drink called "Rio" when I was at the seafront...fond memories of sipping a cool drink on some very warm days!
Now, how did I find these restaurants that catered to someone on a gluten free diet?  I typed in "Gluten free restaurants in London and Eastbourne" in a search engine.    Easy peasy!
Any restaurant that takes the time to let me know that my husband can eat there goes way up on my list of restaurants!  Thank you, Anne & Nigel in Eastbourne and also the owners of the Pizza Express Restaurants...goodness, after we ate at this one on Coptic Street, we saw them all over London!
Posted by Kay G. at 8:53 PM