December has been such a contrast to November.  The leaves were a bit late in changing but when they did! Oh my, it was breathtaking.  I went to two Veterans' Services the weekend before Veteran's Day.  It's a bit difficult to describe how moving it was to me, to listen to all the memories of the World War 2 vets at the first service and then, the memories of the veterans from Korea and Vietnam the very next day. 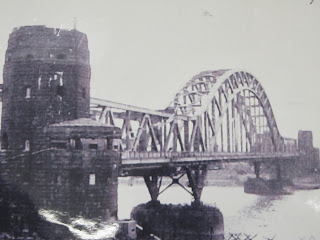 This bridge is (was?) in Germany and was one the Americans gained control over and they fought very hard to do so. 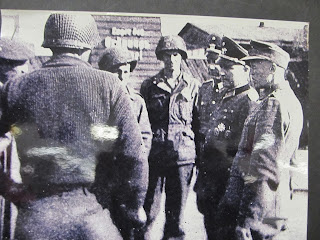 The middle soldier in the photo above is Bud Sosebee and believe it or not. he could still wear that same uniform! He was wearing it at the Veteran's Service. (Bud Sosebee is very active in raising funds for the Walk Of Heroes, which is a memorial right here in Rockdale County for the veterans.) The soldiers to the right are German officers and he said that they practically ran to the Americans in surrender, they did not want to give up to the Russians.  (My Dad, who was in Berlin in 1945, told me that the Russians had absolutely nothing, and that the Germans knew they would have better treatment under the Americans.)

Jack Simpson was another World War 2 veteran speaker who later worked for the FBI.  He was involved with the Martin Luther King, Jr. murder investigation and is one of those who investigated the car driven by James Earl Ray.  (And don't even think of mentioning any conspiracy theories to Jack Simpson, he very matter-of-factly dismisses them.)  Mr. Simpson also investigated the murder of Lemuel Penn,  which you may read about here.  As I said, a lot to absorb in such a brief time, but all very fascinating to me. 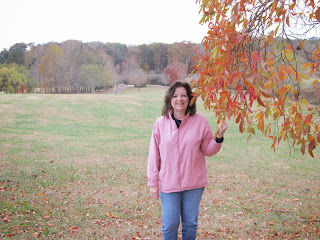 Just had to slip in this photo from Lenora Park, many of the trees had lost their leaves but I found this spot of color and I like this picture since it looks as if the tree is giving me a kiss...I'll take it! (I know, I really do love trees but there are worse things to be crazy about!) 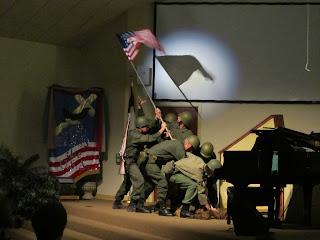 At the second service, these young men reenacted the raising of the flag at Iwo Jima and held it for quite a while. Very moving.  (If you don't know that much about what happened during the South Pacific during World War 2, then I suggest you remedy that and read about it!) 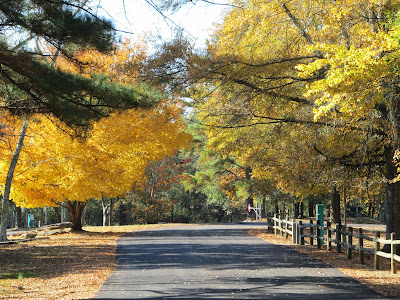 November color! I can't tell you how much I love it! The above photo is the drive which is within Panola Mountain State Park.  Look at that yellow! 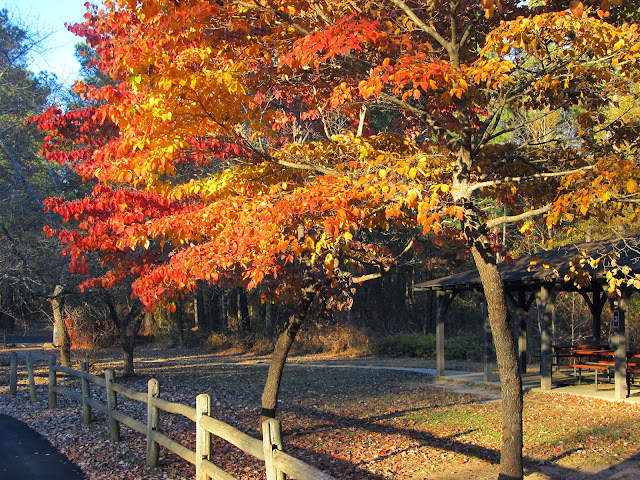 This last photo was taken on November 24th!  Still some beautiful color even at that late date! The late afternoon sun shining the last rays upon that fence and trees, lovely!  (This is also at Panola Mountain State Park, see the nice shelter with picnic tables underneath? What a spot for a get-together!)
I hope everyone had a wonderful Christmas and are looking forward to a happy 2014.
I have been a bit under the weather, but am hoping for better health in the new year. If only I could get out into some sunshine and color, that is all that I need!
(In fact, I might have said some of this before in an earlier post, but if so, please forgive me.  My mind is a bit foggy at the best of times but when I don't feel well, it's even worse!)
Posted by Kay G. at 9:39 AM